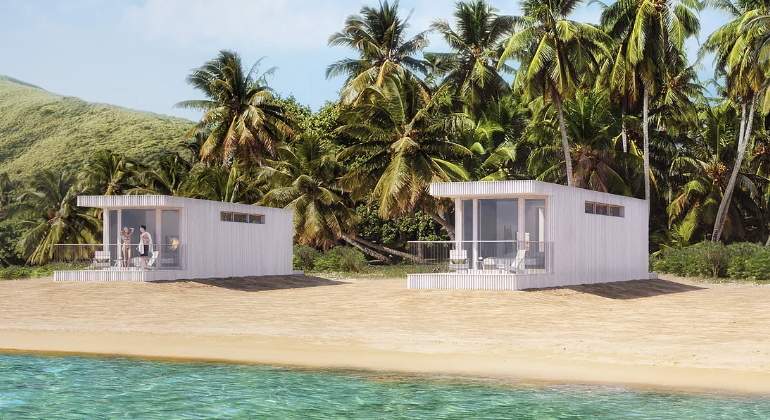 Moliving, the new experience that aims to revolutionize the hotel concept in spain. Can you imagine being able to transport your hotel room anywhere in the world? That will be possible shortly thanks to the Moliving concept, a nomadic hospitality solution that can appear anytime, anywhere.

Moliving is a startup based in New York that allows you to create modular and mobile hotel rooms. It is increasingly common to see how travelers opt for more atypical accommodations, such as yurts or small houses, whose searches have multiplied by 10 in the last two years.

Thanks to this new concept, Moliving offers future hoteliers and landowners the opportunity to build hotels in just a few months and at a fraction of the cost of a traditional hotel.

The actual hotel space then serves as a partnership between the brand and the respective owners or developers, and once the contract expires with no intention of renewing it, Moliving can retire your units and tow them elsewhere.

The company sees this new concept as a “complement to the traditional hotel model” rather than a replacement, according to Jordan Bem, founder and CEO of Moliving, to Business Insider . “While it is a perfect solution for many, we do not believe that traditional hotels will disappear,” he said.