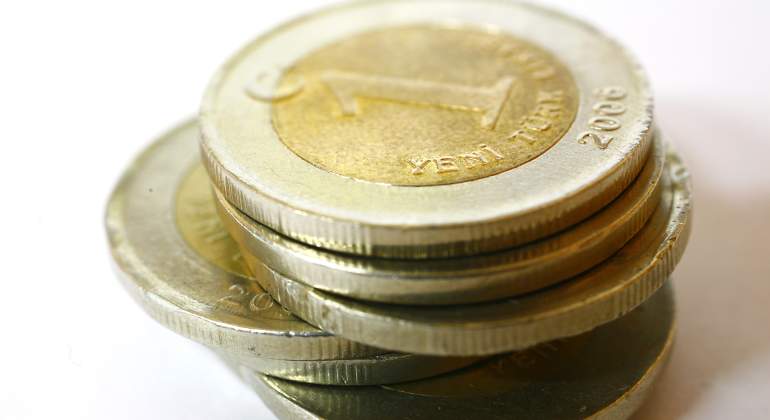 Although cyber scams that try to deceive through new mechanisms on the network are more and more frequent, there are scams that never go out of style . It is the fact of giving the change with a false bill or, as in the last case again warned by the Civil Guard , with a coin well below its apparent value.

In recent months, a large number of Turkish lira coins have been witnessed again. A piece that apparently is similar to the 2 euro one, due to its size, color and even weight , but which is actually equivalent to 0.32 cents.

A way to make a quick change, especially in fast exchanges or those that include a large number of currencies and, in case of being detected, it is convenient to know that it is not accepted as a form of payment in the euro zone (only in Turkey and in the Turkish Republic of Northern Cyprus).

This is what a Turkish lira looks like
To identify it, it is convenient to know, beyond its lower exchange rate, that on its reverse it includes a ‘1’ next to the Turkish coat of arms and the inscription ‘ Yeni Türk Lirasi ‘ (new Turkish lira). In addition, on its obverse it is accompanied by the portrait of Kemal Atatürk , first president of the Republic of Turkey, together with the inscription ‘ Turkiye Cumhuriyeti ‘ (Republic of Turkey).

A scam that has been making a comeback in recent days and that is common to appreciate alongside currencies from other countries that are also similar to the euro, such as bolivars , Jamaican dollars or Polish zlotys . In addition, the currencies of Thailand, Morocco, Egypt, South Africa, Azerbaijan, Argentina or the Philippines are also identified by the police as easy to cause confusion with values ​​below the euro.