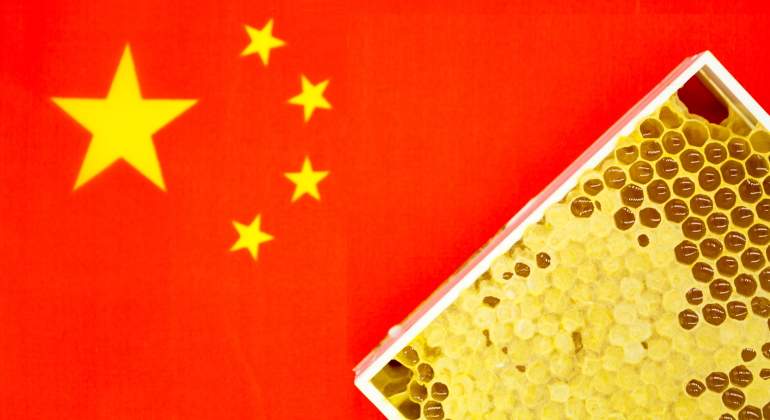 Made the law, cheated (or attempted). This conclusion has been reached by a study by the Organization of Consumers and Users (OCU), in collaboration with the Coordinator of Farmers and Ranchers (COAG), to question the ‘Origin Spain’ labeling of many of the honeys that are sold in the market. Specifically because of its origin, because although they have a part of their composition made in Spanish territory, their base would come mainly from factories in China, where it joins compositions from Romania or Portugal .

And it is that by 2020 imports from China already account for only 15% of the total when four years ago they represented close to 90% . Not surprisingly, the Portuguese have also declined, it is expected that Romania will be the leader in the sector by 2021, while the total volume does not see hardly any ups and downs ( 2020 was the second year with the most imports since 2010 ).

All this has raised suspicions that these crops are masked under the aforementioned ‘Origin Spain’ that is achieved by mixing a Spanish harvest with another imported, mainly from these three countries. A “legislative tangle”, in the words of the OCU, and that is allowed under European regulation.

‘Falsifying’ honey labeling is legal
As outlined in Delegated Regulation 2015- / 2446 , which develops provisions of the Union’s customs code annex 22-01 section 1, chapter 4, ” the origin of a mixture will be the country of origin of the materials that represent more than 50 % by weight of the mixture “.

The botanical origin of honey is determined by an analysis of the pollen present
A circumstance that leads to think that a honey harvested in China and imported by a Portuguese operator, is subsequently mixed with honey harvested in Spain so that it acquires this ‘Origin Spain’ since it is more than 50% by weight of the final Spanish mixture . However, this mixture can then be reunited with items originating in China without losing that category.

Furthermore, since the analytical determination of the origin of honey is made by analyzing the pollen present, this can easily be altered by subjecting the honey to ultrafiltration . In this process, pollen is eliminated, making it impossible to catalog the botanical origin of honey.

An investigation to clarify this whole plot
Quite a trick that takes advantage of a deficit regulation and therefore the OCU requests to modify the regulation on labeling, in order not to hide information from the consumer. In addition, in order to clarify where is the imported honey from China that does not appear in the data despite the fact that the total volume hardly varies, the institution has asked the European Union and the Government of Spain to open an investigation that highlights this disappearance.

Finally, in its statement, COAG focuses on the Spanish operators that “could be taking advantage of the regulations to mask the true origin of the honeys that are marketed.”

Without falling into an illegality in itself, but rather the consequence of an application of the regulations, these mysterious data lead us to think that ” China has disappeared from the labels of the honeys marketed in our country because the honey that continues to enter today in Spain it is triangulated through other EU countries such as Portugal and Romania “.