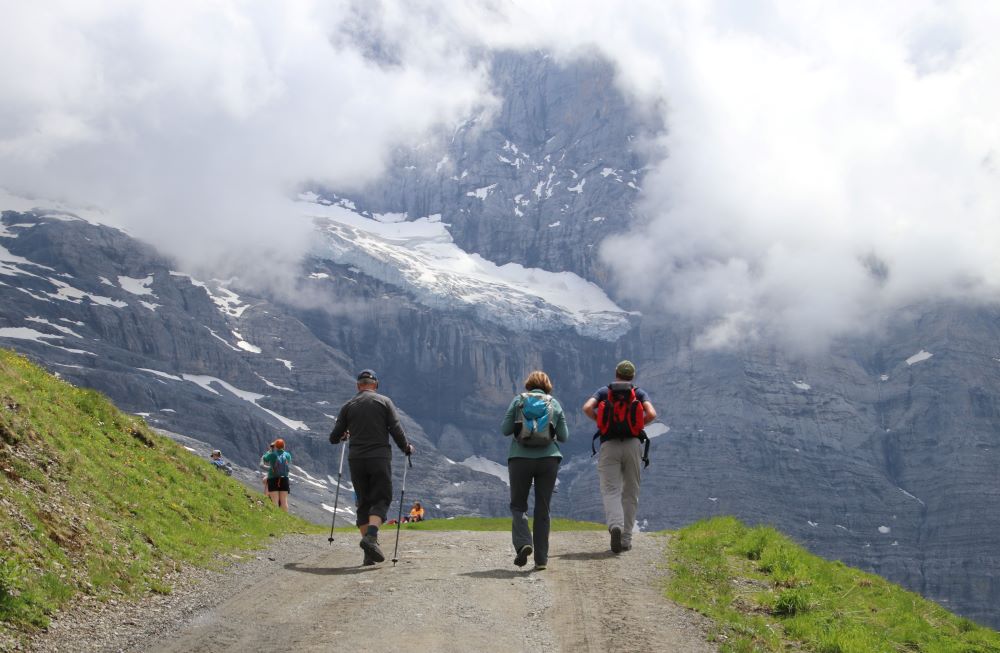 Brits have revealed the top 40 UK experiences everyone should do before turning 40 – including a night under Northumberland’s International Dark Sky Park, a road trip along Scotland’s Coast 500 and a visit to Birmingham’s Balti Triangle.
Climbing the basalt steps of the Giant’s Causeway in Northern Ireland, a trip to the Cornish Isles of Scilly and watching the headliner at Glastonbury Festival in Somerset also appear on the must-do list.
Other experiences include walking round the picturesque village of Portmeirion, Wales, and visiting Devon and Dorset’s stunning Jurassic Coast to discover prehistoric fossils.
The list for travellers to vote on was compiled by a group of travel experts, including Cassam Looch, from Culture Trip, Pat Riddell, editor of National Geographic Traveller (UK), Darren Burn, founder of OutOfOfficeCom and TravelGay.com, wellness travel coach Dr Noreen Nguru and travel journalist Lisa Francesca Nand.
Before the big 4-O
The research of 2,000 adults aged 18-40, commissioned by NatWest to mark the launch of its Buy Now Pay Later product service, also found 84 per cent have many places they are ‘yet to explore’ in the UK.
And 56 per cent are keen to rectify this before they reach the big 4-O.
Travel expert Lisa Francesca Nand said: “A life well lived is a life filled with experiences.
“Now more than ever, we’re all looking to invest in moments to create brilliant memories either solo or with friends and family, and travel is a key part of that – whether it’s getting back to nature, seeing amazing architecture, learning about new culture and history or just going on a fantastic road trip.”
The key motivation for wanting to travel the UK was that they simply enjoy being outdoors (40 per cent).
While a quarter want to explore destinations to tick them off their bucket list, and 22 per cent are keen on learning something new from their adventures.

Make the most of this summer
But finances are a top barrier for making travel dreams a reality, with 34 per cent of adults saying cost is the key issue when choosing their travel experiences.
Others blame a lack of transport (26 per cent), inconsistent weather (20 per cent) and being too busy (18 per cent).
As a result, a quarter often end up travelling abroad as it is more affordable, while 29 per cent think it is more relaxing to leave the UK.
Despite the popularity of going abroad, 49 per cent will still consider booking a trip at home while saving money – with 53 per cent considering a staycation as good value.
It also emerged 53 per cent of those, polled via OnePoll, feel they have missed out on travel experiences due to financial problems.
Martin Wise, managing director at NatWest Buy Now, Pay Later, said: “We understand our customers are keen to make the most of this summer and we hope this list along with the Buy Now, Pay Later service can provide some inspiration as well as help to spread the cost of a great summer experience.
“The research shows many of us have yet to see what the UK truly has to offer, with finances being a key factor in how often they book a trip away and how far they are willing to travel.”

Stay the night at the Northumberland International Dark Sky Park and stargaze into the darkest skies in England
Take the ultimate road trip on Scotland’s North Coast 500 and see spectacular wildlife, landscape and imposing Dunrobin Castle
Travel to Birmingham’s Balti Triangle, the culinary birthplace of the famous ‘Balti’, for a uniquely British-Asian foodie experience
Explore the UK’s 2,000 miles of canals and rivers with a staycation on a canal boat
Learn bushcraft and survival skills on a wilderness course in the Yorkshire Dales and Lake District
Go seal spotting for common and grey seals at Blakeney Point Nature Reserve
Bask in the early morning sunshine on the golden sands of Porthcurno Beach after an overnight stay in Cornwall
Savour world class English wines and book a vineyard tour in Kent
Explore Puzzlewood in the Forest Of Dean, the landscape that inspired Tolkien’s ‘Middle Earth’
Climb the basalt steps of the Giant’s Causeway in Country Antrim, Northern Ireland
Swim in the crystal-clear waters of Pentle Bay, Tresco, and stay by the white sandy shores on the Isles of Scilly
Go hiking in Epping Forest, Essex, and get back to nature in a camping pod
Take a stroll round the picturesque and colourful Italian style village of Portmeirion, Wales
Watch the headline act at Glastonbury Festival, Somerset
Hire a traditional punt and sail under the Bridge of Sighs on the River Cam, Cambridge
Visit the Turner Contemporary Gallery in the trendy and kitsch seaside town of Margate, Kent
Enjoy nature with a touch of luxury while glamping in the New Forest
Hike up Mount Snowdon in the Snowdonia National Park, Wales – the highest mountain in England and Wales
Tuck into a cream tea from Devon and neighbouring Cornwall and decide which is best
Sandboard down ‘The Big Dipper’, Europe’s second largest sand dune, in Methyr Mawr, Wales
Visit Devon and Dorset’s stunning Jurassic Coast to discover prehistoric fossils
Tour a former mine 300ft underground at the Big Pit National Coal Museum, Blaenavon, Wales
Breathe in the fresh sea air during a coastal hike along the Seven Sisters, Sussex
Take a scenic drive from Glasgow to Fort William up the A82 for peak Scottish views
Cycle along a former railway line, the Tissington trail, in the Peak District
Join the parade at Notting Hill Carnival in London, celebrating the UK’s Caribbean history
Get a taste of the upper class and visit the real Downton Abbey; Highclere Castle in Hampshire
Take a trip to Windsor Castle, Berkshire, and see one of Her Majesty’s residences
Book tickets to explore the magnificent palace, park and gardens at Blenheim Palace, Oxfordshire
Go on a whiskey tasting tour at a Scottish distillery in Campbeltown, Highland, Islay, Lowland or Speyside, in Scotland
Relive history by walking the 5,000-year-old Neolithic Ridgeway in Oxfordshire, the oldest road in England
Hire a kayak off the beautiful beaches of the Isle of Lewis in Scotland
Book a walking gin tour through the iconic pubs and artisan distilleries in Belfast
Party in an old brick warehouse in the Baltic Triangle; the thriving cultural hub of Liverpool
Take a trip to Manchester and dance the night away in one of the many gay bars lining Canal Street
Join the lively London Pride parade as it goes through London
Experience the history of the Thames at the National Maritime Museum in Greenwich, London
Travel on the oldest, steepest inland electric funicular railway in England on the Bridgnorth Cliff Railway
Get an adrenaline rush whilst coasteering cliffs, caves and rockpools in Pembrokeshire
40. Go surfing on the 19 miles of coastline in North Devon