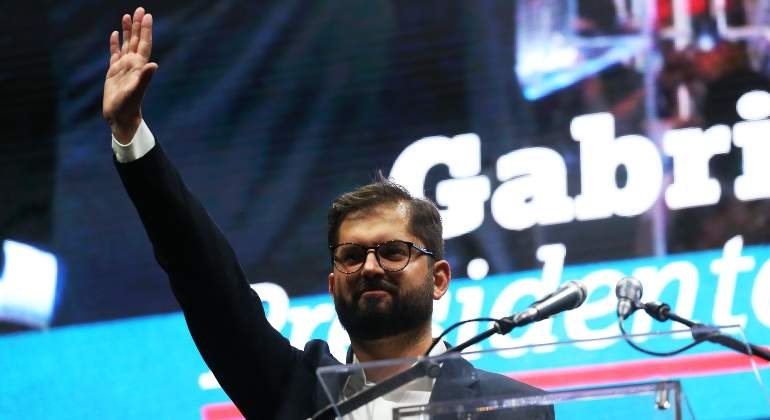 A few hours ago, the Chileans gave their confidence to Gabriel Boric Font to assume the Presidency of the Republic of Chile on March 11, 2022 for a period of four years.

In the elections that took place yesterday, Sunday, December 19, the winning candidate Boric, with 55.85% of the votes and 35 years the youngest of those who have been, did so leading Social Convergence – Alianza Approve Dignidad, both located at the left. In addition, for the second round he received the explicit support of the Christian Democrats, Socialists and the Party for Democracy, together with that of former presidents Ricardo Lagos and Michel Bachelet, among many others.

Who is Gabriel Boric Font? The newly elected President comes from Patagonia, from a wealthy family from the city of Punta Arenas, in the southernmost region of Chile. Gabriel is the first of three brothers, who between 1991 and 2003 studied at The British School in Punta Arena.

Later, as a student at the Law School of the University of Chile, he was president of its Student Federation during the period 2011-2012 and one of the main leaders of the student mobilizations of 2011. In the 2013 parliamentary elections, he was elected as a deputy. for the Magallanes Region : as representative of the 60th district for the 2014-2018 legislative period, and then ?? in the 2017 parliamentarians, ?? as a deputy in the renowned 28th district for the 2018-2022 term .

He participated in the creation of the Broad Front (FA), a coalition of left-wing parties and movements. In August 2021 he was nominated as a presidential candidate by Social Convergence, a party he founded in 2018, and the FA. After winning in the primaries on July 18, 2021, he became the candidate of the I Approve Dignity coalition for the presidential election last November, obtaining 25.83%, allowing him to go to the second round and be victorious.

As a legislator, he is one of the actors who signed the Agreement for Social Peace and the New Constitution to stop the street violence of October 18, 2019. His conciliatory stance caused him tensions with the Communist Party (PC), which refused to sign. the pact.

Likewise, in 2018, without informing his political caucus, he met in Paris with Ricardo Palma Salamanca, a former member of the Manuel Rodríguez Patriotic Front and a fugitive from Chilean justice for the crime of the right-wing senator Jaime Guzmán (1991) and other crimes. In a presidential debate where he was rebuked by his main rival, Kast, he apologized: “When I make a mistake, I have the ability to reflect on my mistakes and ask for forgiveness.”

Boric has investigated some cases of market manipulation since 2014 . It has also promoted legal abortion, feminist causes and equal marriage.

The proposals of the newly elected Boric are heterogeneous, the list of changes is very extensive, although one of the main ideas is to amplify the State for which it proposes taxes on the richest and increase the tax burden on mining companies and raise tax obligations by 8%, a fact that should have slowed down to attract voters located more at the center of the political spectrum.

In the economic sphere, it has specific matters aimed at small and medium-sized companies “our program considers a series of support measures, both in the short term and in the medium and long term,” said Boric. Among which we cite “soft loans for the sector, the cancellation of tax debts contracted during the pandemic and a reduction in VAT during the first three months of management.”

His advisers urged candidate Boric to conform in 2022 to the level of spending agreed in the general state budget that was approved last November and sets a 22.5% cut in public spending over the projected execution, at a time when the country consolidates its economic recovery after the pandemic.

Other offers: end the AFP system; creation of a universal basic pension of $ 250 thousand; pension improvements with an emphasis on women and lower pensions; new public pension system with voluntary transfer; 6 percentage point increase in the contribution charged to the employer; maintain retirement age.

Will it be easy for Boric to comply with his program? We believe not. As the current Chambers of Congress have been constituted, it will be necessary to negotiate intensely if they wish to achieve compromises that allow the modification of the laws in force. For now, in the Senate there is a 50% tie and the Chamber of Deputies is so fragmented that a priori it will be an arduous task to bring them all together . In the latter there are over 20 parties, some with only one seat.

Finally, the legitimate victory of Boric has been unquestionable against a center-right that has emerged strengthened in Parliament. Yes, according to what was stated in the debates that took place during the campaign about having to dialogue and understand each other to achieve the best for the citizens of each option, that is, for all Chileans.

We hope that the tranquility and institutional stability of the country will return, something essential for companies, entrepreneurs and investors to return with force to their projects and students to return to their classes, the latter essential to continue reducing inequality and for the nation to continue on the path growth.

Wishing him all the luck in the world, with his good work it will be Chile who wins.