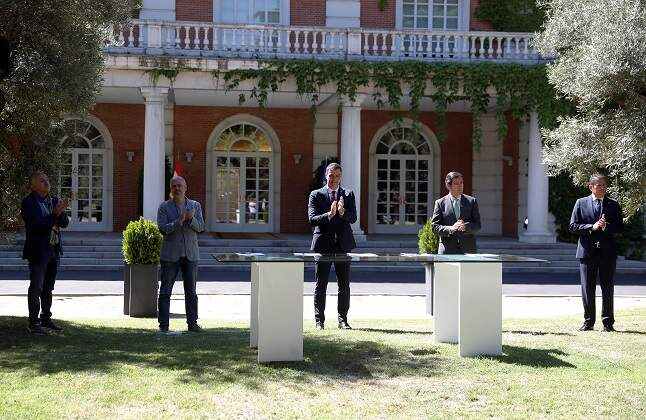 This weekend, the Ministry of Labor has sent the social agents negotiating the labor reform a new document focused on the future Ertes and the RED Mechanisms for Flexibility and Employment Stabilization to which eE has had access . With this new proposal, the Government intends to bring the positions a little closer to be able to close an agreement with employers and unions this week.

It establishes the exemptions from Social Security contributions to which companies that avail themselves of both mechanisms of suspension of the contract or reduction of working hours in exceptional moments will be entitled.

Ertes exemptions
Thus, they will have a 20% reduction in the price in the case of Ertes for economic, technical, organizational or production reasons, known as Ertes Etop.

If the Ertes are derived from a force majeure, such as those that occurred during the pandemic, the exoneration is raised to 90% either due to temporary force majeure or due to impediments or limitations in the activity derived from decisions adopted by the competent public authority.

In the case of the new figure of the RED Mechanism for Flexibilization and Stability of Employment, the Government has proposed to the Government and unions that for the cyclical modality (when a general economic situation is appreciated that advises the adoption of additional stabilization instruments with a duration maximum of one year), a temporary staggering of the exemptions.

RED Mechanism Exemptions
Thus, according to the new negotiation draft, companies that avail themselves of said mechanism will enjoy a 60% reduction from the activation of the agreement by the Council of Ministers until the last day of the fourth month after said activation date; of a 30% exemption for the next four months immediately upon completion of the first term; and 20%, during the last four months until completing the maximum year stipulated for the RED Mechanism in its cyclical modality.

Finally, for the RED Mechanism in its sectoral modality (permanent changes are appreciated in a sector of activity that generate the need for requalification and professional transition processes with an initial duration of one year and the possibility of two extensions of six months) will apply a reduction of business fees of 20%.

The new draft maintains the two conditions required in the previous proposals so that companies that avail themselves of these two mechanisms have the right to reductions in Social Security contributions.

On the one hand, they are obliged to carry out training for workers under either of the two mechanisms. If it is shown that this training has not been offered, companies must return the waivers of fees.

On the other hand, the exemptions are conditional on the maintenance of the employment of the workers affected during the six months following the end of the period of validity. However, the Government has already softened in previous drafts the sanctions that will be applied to companies that fail to comply with this precept.