Despite catching some breath yesterday after Friday’s crash , stocks in Europe again suffered losses this Tuesday, although the falls ended up being more contained than was feared earlier in the morning. The indices have closed far from the lows of the day, and Wall Street has lowered the tension after opening with declines of less than 1% . In Spain, the Ibex 35 today has reached levels not seen since July below 8,300 points and has put an end to its worst month since March 2020.

What caused the selloffs (again) in European equities? To the uncertainty generated by the new variant of covid-19, omicron , at a time when coronavirus infections are rebounding in the Old Continent.

It is true that there are reasons not to panic. “Those infected with omicron are asymptomatic or with very mild symptoms. This is what has happened throughout history with viruses: later variants that are less and less harmful (…). Now, with the vaccines available immediately, the variants will weaken faster. That is the logical thing to do, “Bankinter analysts point out.

In this sense, the president of the United States, Joe Biden, considered yesterday that new confinements will not be necessary to face the new variant. “It is a reference for how governments can react globally”, says Bankinter. Although it should not be forgotten that in Europe there are already several countries with confinements or, at least, restrictions due to the delicate health situation, already prior to the detection of omicron in southern Africa.

In addition, today the statements to the Financial Times by the CEO of Moderna, Stéphane Bancel, reverberate in the background , who has assured that the new strain will not bring “anything good” . The company has also indicated that it will take months to get effective vaccines against omicron.

“It will not be until a few weeks later that the true risk represented by the new variant will be known. Until then, we expect volatility in the stock markets to be very high and that we will attend specific moments of great tension”, warn Link Securities analysts .

It should also be remembered that the arrival of omicron occurs at a time when analysts are focusing on strong inflation (or rising prices) around the world, which increased the pressure on the largest central banks.

This same Tuesday it was known that the consumer price index (CPI) in the Eurozone is at levels never seen before , although the European Central Bank (ECB) already anticipated the data on Monday by ensuring that inflation in the region has peaked this month .

However, the new strain of covid can change the landscape in the markets , and it is precisely this (possible) new scenario that investors are trying to interpret when there are still many doubts in the air. Ostrum AM affirms that omicron “makes the situation more difficult to assess for those responsible for monetary policy, at a time when inflation has become a major political problem.”

An especially bad month for the Ibex
Thus, the European stock market signs its worst month so far in 2021 . Really the most bearish since October last year. The EuroStoxx 50 today fell below 4,100 points, the lowest of last month, and its balance for November shows a loss of close to 4%.

Consequently, the gains of the continental selective accumulated throughout this year have been reduced to 15%. Something especially striking if one takes into account that less than two weeks ago it marked its annual maximums (at 4,415 integers), of which it is now more than 7% away.

However, the worst-performing stock market indicator in November on the Old Continent is the Spanish Ibex: its losses this month are close to 8% , in the absence of today’s close. Therefore November is not only the worst month for the Spanish stock market in so far 2021, but the most bearish since March 2020, when there was in world markets known as crash by covid .

The rise of the Ibex in the year has deflated in recent weeks to less than 4%, the weakest by far among its European peers. The French Cac 40, the most bullish on the continent, has appreciated by more than 20% so far in 2021. The gap between the Ibex 35 and the EuroStoxx in the annual balance is therefore greater than ten percentage points.

Strong falls in the stock market for Inditex
Today, the Ibex is being particularly weighed down by one of its ‘heavyweights’ (or blue chips ), Inditex, whose shares have depreciated more than 6% and have hit minimums since July . The textile giant, owner of Zara and Massimo Dutti (among many other brands), announced early that Marta Ortega will take over the group from April, taking over from Pablo Isla as president .

Securities such as IAG and Meliá have also suffered heavy losses on the trading floor as a consequence of the high vulnerability of the tourism sector to possible restrictions on mobility by omicron. Amadeus has ended up downplaying his. CIE Automotive and Grifols have not had an easy session either.

In fact, only Siemens Gamesa , Telefónica , Fluidra and Iberdrola have achieved clear increases at the end of the day, of between 1% and 2%.

Watch out for the supports
Once the month of November is over, what can you expect from the bags? Joan Cabrero, Ecotrader advisor , warns that the EuroStoxx 50 may register “greater falls in the near future” to the supports it has at 3,900-4,000 points . In other words: it may end up falling by another 5% from current levels.

“The scope of this support would see it as an unbeatable opportunity to buy back the European stock market,” says the technical analyst.

As for the home market, the Ibex 35 may end up falling in the short term, always according to this expert, “towards at least the area of 8,150-8,000 points “, that is, another four and a half percentage points more. 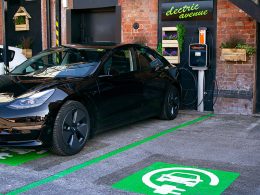 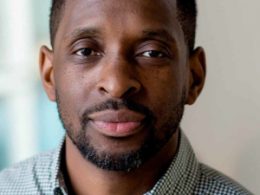 The ‘Beyond the Pill’ Movement: Where Are We Now?

‘Beyond the Pill’ principles have been well accepted for some time now. Nonclinical solutions – digital, financial, or…
byAbigail Ray 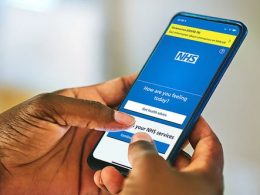 THE NHS DATA GRAB DELAYED: HOW TO OPT OUT AND STOP YOUR PRIVATE MEDICAL RECORD BEING SHARED 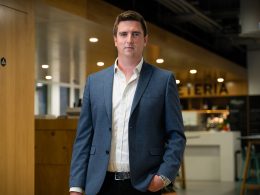