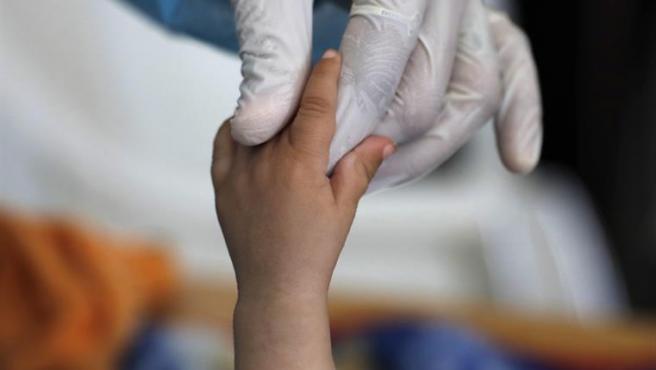 The announcement by the Ministry of Equality that it will include obstetric violence in the next reform of the abortion law has generated a great stir around this concept. While certain sectors welcome the change with joy, arguing that it affects the efforts to eradicate machismo, a good part of the professionals in the field have spoken out against it, claiming that they are being criminalized.

What is obstetric violence? Where does the concept come from?
Although it may seem something new, the truth is that the term ‘obstetric violence’ is in fact very old: at the latest, it appears in a conference of 1827 in London collected in the medical journal The Lancet . In it, James Blundell criticizes some practices that were common in British delivery at that time (“tremendous lacerations, inversions of the uterus”, Blundell quotes), such as trying experimental techniques with serious consequences in women without even informing them properly.

Indeed, Blundell takes a heavy toll on the eagerness to intervene in many of her colleagues, advocating allowing labor to proceed naturally as much as possible and only acting when the situation demands it.

This criticism was perpetuated for years, albeit in a relatively minority way, on the lips of many obstetric professionals. However, it was the advent of the feminist movement that little by little managed to remove these ideas from the purely academic world to transfer them to collective debate.

So much so that in 2014 the WHO issued a statement in which, without using the words “obstetric violence”, it warned that “many women around the world experience disrespectful, abusive or negligent treatment during childbirth” that would include “physical abuse, deep verbal abuse and humiliation, non-consensual or coercive medical procedures (including sterilization), lack of confidentiality, failure to obtain your informed consent, denial of pain treatment, significant privacy violations, denial of admission to medical facilities, negligence leading to preventable life-threatening complications,and retention of themselves and the children in institutions for not being able to pay. “

This prompted the UN General Assembly to prepare a report in 2019 citing numerous practices considered obstetric violence (this time using these exact words), and which together form the most widely accepted definition today ; Following what is indicated in said report, we could say that the concept refers to any instance of physical abuse, excessive medicalization, unnecessary or inappropriate intervention, denial of care or necessary interventions, lack of information or respect for informed consent, illegal retention, denial of anesthesia, lack of respect for privacy or sexist or humiliating comments made to the woman in labor or her baby.

The feminist perspective and controversy
The truth is that all the practices cited by the UN are already sanctioned by Spanish legislation as malpractice or negligence . However, what has raised the controversy is the announcement by the Ministry of Equality to include it in the reform of the abortion law “as a form of sexist violence,” as announced by Antonia Morillas, director of the Institute for Women.

This approach responds to the feminist perspective , which understands that obstetric violence starts, or at least is determined, from the structural discrimination and violence to which women are subjected in patriarchal societies, and therefore is qualitatively different from other forms of violence. negligence or medical malpractice.

That is to say, according to this perspective, the practices grouped under the term would be the result of a medicine that is inevitably conditioned by personal values ​​and biases, by economic issues and by politics (thus picking up the thought expressed by Foucault) and that, in the framework of a patriarchal society, therefore reproduces structural discrimination against women.

Taking into account that sexist violence is understood as that violence to which women are subjected due to the fact that they are , according to this approach, obstetric violence would fit into this category.

These actors believe that the categorization of obstetric violence as sexist violence “criminalizes the actions of professionals who work under the principles of scientific rigor and medical ethics.”

However, they go further; In the same statement, the agency completely opposes the use of the concept, even stating that “the use of the term ‘violence’ is particularly offensive: obstetric procedures that may be considered excessive or inappropriate would be, in any case, actions based on the principle of beneficence , that they would seek the best for women. “

Finally, they ask “not to create unnecessary social alarms that can contribute to deteriorating the necessary trust between the doctor and his patient.”

For example, in 2020 the UN Committee for the Elimination of Discrimination against Women (CEDAW) urged Spain to compensate a woman who in 2011 reported having undergone medical procedures about which she had not been informed and that she had not authorized. , which also caused lasting physical and psychological damage. The facts were later dismissed by the Spanish courts.

Another sample emerges from a study published in 2020 in the International Journal of Environmental Research and Public Health and based on questionnaires completed by a cohort of more than 17,500 women, which explains that 38.3% of mothers perceived to have been victim of this type of violence and 44.4% believe that they were subjected to unnecessary procedures.