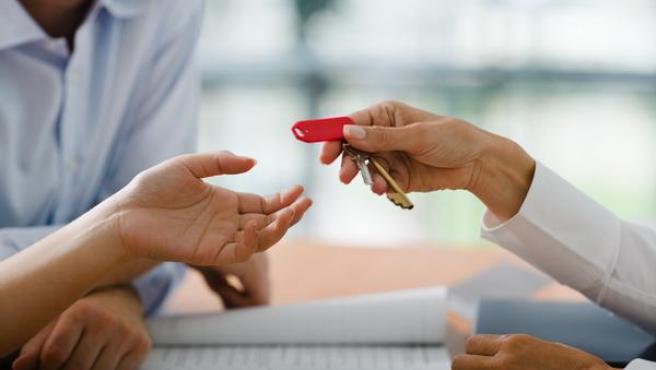 More than 3.4 million Spaniards live in rental housing , according to the Continuous Household Survey published by the National Institute of Statistics (INE) . Most, according to different sources in the sector, maintain a correct and smooth relationship.

However, there are also many cases where problems arise between tenants and landlords because of different breaches. As highlighted by the Rental Negotiating Agency (ANA) , “in times of uncertainty and economic crisis (GDP plummeted more than 10% in 2020, the year of the pandemic), is when the picaresque arises most, with the clear objective of skipping the rules and laws, seeking self-interest. “

The Rental Negotiating Agency , in fact, has noticed a “considerable increase in tenants and owners who, in these exceptional circumstances generated by Covid , try to find shortcuts to skip or directly breach the law that regulates rents, the Urban Leasing Law ( LAU) “.

To avoid these tense relationships, Montse Junyent, director of the legal department of the Official College of Real Estate Agents (COAPI) of Barcelona , is committed to ” highlighting the relationship between the landlord and the tenant.”

“For his part – he adds – the tenant is interested in a stability in the occupation and that those demands that legitimately correspond to him are attended to.” However, “it is true that on many occasions turbulent relationships occur for different reasons, the main one being non-payment of rent.”

Main tenant breaches
Delinquency : non-payment of income. According to ANA, “unfortunately this is the main breach of contract, non-payment of rent.” And the causes are different: from those led by “those professional defaulters who intentionally do not pay the rent or believe they have the right not to pay the rent.”

Ignasi Vivés, a lawyer at the Sanahuja Miranda law firm, explains 20 minutes later that the first thing he advises his affected clients is to “try to negotiate and find a solution.” “If an agreement is reached, perfect”, adds the lawyer. However, “if it is not achieved, it will be necessary to initiate the judicial process,” he emphasizes.

“The delay can take between 6 months and a year at the most. Of course, when you file an eviction complaint for non-payment you earn insurance unless the tenant has paid their fees,” he stresses.

Deterioration of the houses: destruction and maintenance of the house.
The second most frequent breach of contract is when there is significant damage to homes or poor maintenance of them. “The owner receives the house worse or much worse than when he put it up for rent, a situation that should not be confused with the deterioration caused by the passage of time or the natural wear and tear of the house,” they emphasize from ANA.

Ignasi Vivés (Sanahuja Miranda’s lawyer) emphasizes that “the bond , which can be two months, is there to respond to these damages.” In the event that a tenant has caused an economic damage greater than the bond for damage to the home, the lawyer advises “to try to reach an agreement and, if it is not achieved, it would be necessary to go to court”.

Montse Junyent (COAPI Barcelona) emphasizes that “the tenant should take care of the house as if it were his own” and “of course, return it in the same condition in which it was received”. In this regard, the expert advises to make an inventory with photographs of the different rooms to prove in what state the home was delivered at the signing of the contract.

Use the month of deposit as the month of rent.
Article 36 of the LAU regulates everything that has to do with the deposit, but in no case does it authorize the tenant to replace it with one month’s rent. “This is an illegal and widespread use among many tenants, who, fearing that the owner will not return the deposit, substitute the last month’s payment for the amount of the deposit,” they emphasize.

The tenant leaves before the lease ends.

It is a very widespread behavior among tenants, who consider it a right to leave the house whenever they want, and therefore are not subject to any penalty, and if this happens, and they apply a financial penalty, they consider it unfair. “This assumption is only true, if the lease does not explicitly include the penalty when the lessee withdraws early from the contract,” they explain from ANA.

Am I obliged to return the deposit to my tenant if the rental contract is transferred?Sometimes the tenant leaves earlier than expectedINFORMATION
On the other hand, if this penalty appears in the contract, and the tenant leaves the house after 6 months, notifying the owner 30 days in advance, he will have a maximum penalty equivalent to one monthly rent for each year of the contract that remains to be fulfilled, and for periods of time less than one year, the proportional part of the compensation. If the notice is not communicated with 30 days, the penalty of the notice could also be claimed. And if the tenant left before the sixth month, they could claim the months of rent that elapsed until the sixth month.

It is also common for owners, in fear of defaults, wanting to ensure as much as possible the lease of their homes, and require tenants for more than two months of additional guarantees. This practice is contrary to the latest reform of the LAU, through RD 7/2019, of March 1, which limits additional guarantees to a maximum of two monthly payments.

Prevent the extension up to 5 years.

According to the latest reform of the LAU, tenants have the right to stay in the house for up to 5 years. Some owners use certain tricks to recover the home, before the age of 5, alleging false causes of necessity, both for themselves or for close relatives.

Use the residential rental as if it were a tourist rental .

Owners, with homes that were intended for seasonal rental, with the aim of not being obliged to fulfill up to 5 years that tenants have the right to stay in the home, make rental contracts, normally for a term of less than one year. , to recover the home later and leave the tenant deprived of his right of extension up to 5 years. These contracts, if the tenants prove that the purpose of the leases was to reside regularly and permanently, automatically become housing rental contracts, regulated by the LAU, and not tourist rental.

Abuses in the rental of protected housing.

Ibavi will build a promotion of nine protected homes in Inca with 1.25 millionProtected housing construction20M EP
Landlords also commit many abuses in the rental of protected housing (VPO, VPP, VPT, etc.) especially when they are reserved for them, to include their belongings, the storage rooms of the houses that are inseparable annexes and that must be transferred obligatorily to tenants.