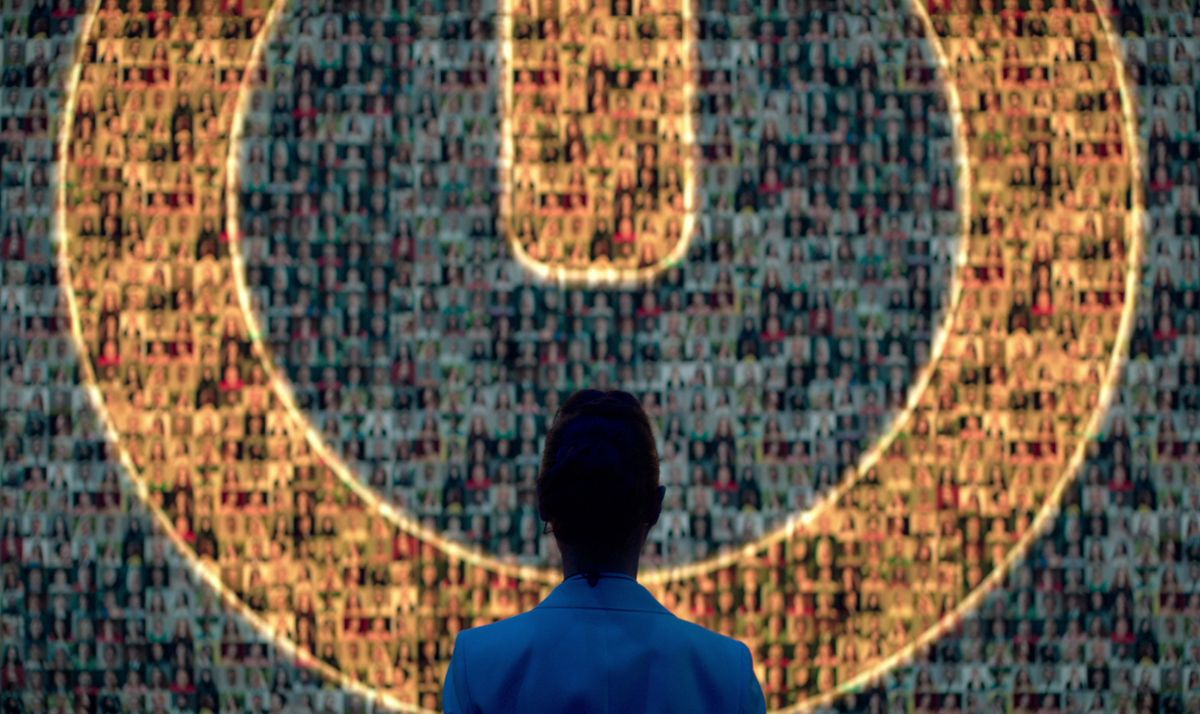 In November of last year we received ‘Soulmates’, an interesting anthology of love stories and science fiction about a technology that, in the not so distant future, would give us the opportunity to meet our soul mate through a scientific test .

What the Soul Connex company did was look for a certain imaginary particle, the Soul Particle, at the base of the cornea of ​​our left eye. Each particle has its own frequency, one that, in principle, only two people in the world share. You just have to wait for your ideal partner to also take the test to achieve the ‘match’ of your life.

Some ‘Soulmates’ viewers once targeted similar suspects from Soul Connex with the company at the center of’ It’s You (The One), ” a John Marrs novel published four years ago.

The technology at London-based dating site The One is less sophisticated – it’s DNA-based and all you have to do is mail a lock of your hair – but the thrust of both stories is the same: one technology scientifically proven acts as a definitive matchmaker. In both cases too, this disruptive miracle has wiped out traditional notions of romantic love and triggered awkward dialogues in bedrooms around the world.

As in ‘Soulmates’, here the stories of several couples affected or generated by the irruption of the new love magic are explained, but in a serialized way: throughout the eight episodes we follow the personal plots of Hannah ( Lois Chimimba ) and her husband Mark ( Eric Kofi-Abrefa ), wrapped in a strange triangle that will attract those who enjoy ‘Behind her eyes’ , or Kate ( Zoë Tapper ) and the salty Barcelona Sofia ( Jana Pérez ), who arrives in London with a trauma-laden backpack. Mark, a freelance journalist without a workspace, and Kate, a police inspector, are investigating.

The One co-founder and CEO, the relentless Rebecca Webb (icy but vulnerableHannah Ware ), who created the company with dubious arts after discovering a scientific way to find the pairings. In the aforementioned personal stories a murder mystery unfolded in corporate intrigue is intertwined.

‘The one’ was created and written by Howard Overman , a versatile British screenwriter who is best known for ‘Misfits’, that cult series about troubled, antisocial young men, accidentally turned into the most real superheroes in the world.

Although science fiction is not thoroughly explored, Overman returns here to wield fantastic ideas in as realistic a setting as possible, be it out of conceptual conviction or budget concerns. In fact, the series is often shot in an almost naturalistic way, with the camera on the shoulder as the main technique.

On some occasions, yes, they opt for short poetic montages in the style of Terrence Malick or flashbacks in the form of a visceral insert that are pure Jean-Marc Vallée (‘Big little lies’, ‘Open wounds’).

Both the aforementioned ‘Soulmates’ and ‘Black mirror’ have told similar stories with greater narrative economy and formal packaging, but while there are no new installments of said series, ‘The one’ serves as a placebo. Those responsible seem to aspire to something complex and long in time: some plots remain open for a possible second season.