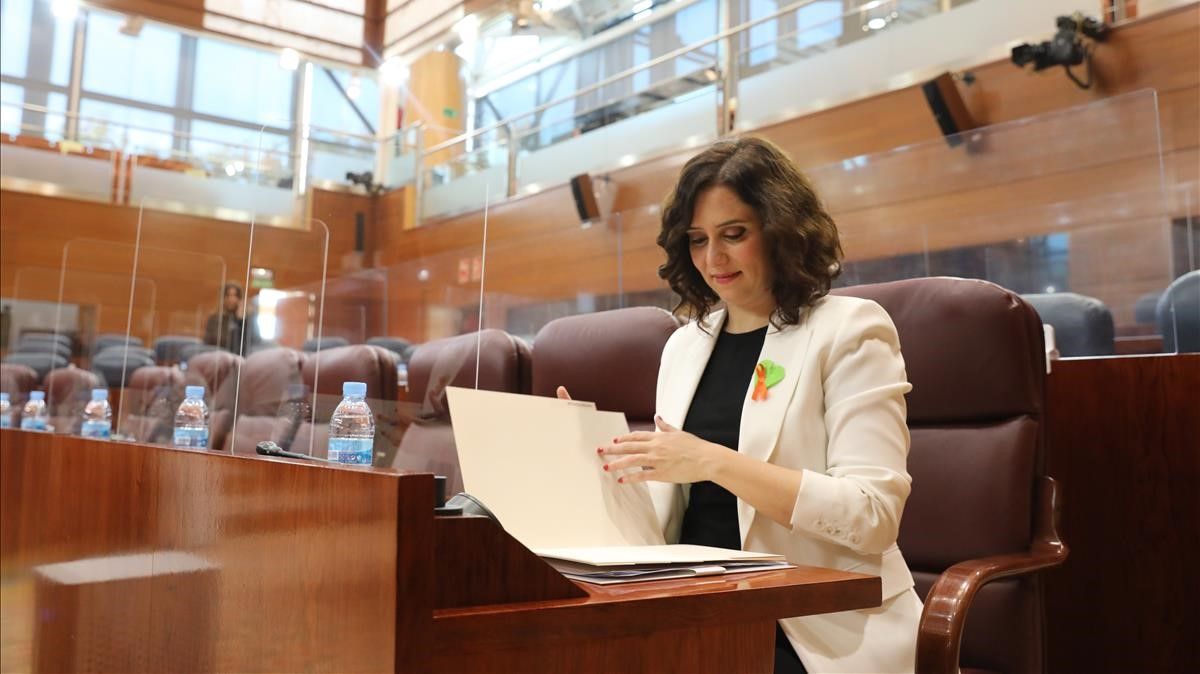 The Assembly of Madrid appeals against the call for elections of Ayuso.

The Board of the Permanent Deputation of the Madrid Assembly has decided to file an appeal with the Superior Court of Justice of Madrid (TSJM) against the decree of electoral convocation of Isabel Díaz Ayuso and will request very precautionary measures against the dissolution of the autonomous Parliament.

That is: that the court urgently annul the president’s decision to dissolve the Chamber without listening to the parties. The members of the Table have understood that yesterday they admitted two motions of censure for processing (those presented by More Country and the PSOE ) and therefore the call to the polls cannot be assumed.

Isabel Díaz Ayuso, president of the Community of Madrid.
This body that directs the work of the autonomous Parliament is made up of two representatives of Citizens (including the president); two from the PP; two from the PSOE and one from Vox.

In addition, this legal mess has led to the fact that it is not the normal Board of the Assembly that meets, but rather the Board of the Permanent Deputation, which is the body that watches over the powers of the regional Parliament between the periods of ordinary sessions and in the event of termination of the mandate, upon expiration of the term or dissolution.

Parliamentary sources of the direction of the Chamber explain that they will appeal against the publication of the decree in the ‘Official Gazette of the Community’ because “it is carried out once the processing is known” of the motions of censure.