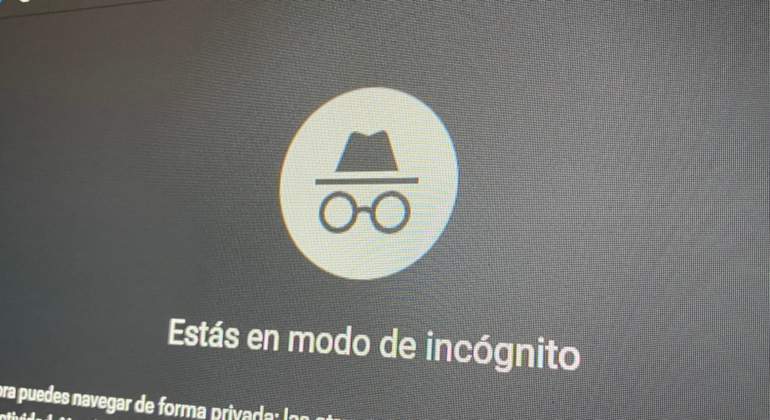 A lawsuit against Google has forced the Internet giant to better explain what the incognito mode of its Chrome web browser consists of.

Chrome was one of the first browsers to include a private mode, in which the things we do and the pages we visit are not recorded; It is possible to activate it by opening the menu and clicking on “new incognito window” . At least, that’s the image that most people have of the incognito mode, a secret mode in which we are protected; the reality is somewhat more complicated, and it can be easy to misinterpret the function in this way.

A class action lawsuit, imposed last year and accepted by California courts last March, seeks to prove this and force Google to pay no less than $ 5 billion for violating California privacy laws.

The lawsuit alleges that when we activate incognito mode, Google and other companies can continue to track us and record our activity, even though the browser claims that the mode allows “private browsing.” Therefore, the plaintiffs consider that Google is misleading users, to continue recording data that they believe is private.

The problem is that the incognito mode does not really protect us from Internet trackers. The original function, when it was launched so many years ago, was to prevent other people from opening our browser and viewing our history ; The classic example that Google has put is that our girlfriend does not see that we have been looking for engagement rings, for example. When we activate the incognito mode, Chrome does not record the history or cookies; When we close the incognito window, the pages we have visited will not appear as a suggestion in a normal Chrome window, nor will they appear as pages already visited.

But that’s it. In incognito mode, Chrome does not protect us against external tracking attempts , such as web pages that record our IP address, or Google’s tracking systems that use our data to display personalized advertising.

Do you accidentally close tabs? What’s new in Google Chrome will save you

It remains to be seen if this change will be enough to clear up doubts, or more importantly for Google, if it will convince the judges of the true purpose of incognito mode. Be that as it may, if you need absolute privacy, Chrome and incognito mode is not the best choice, and Google itself has confirmed it.