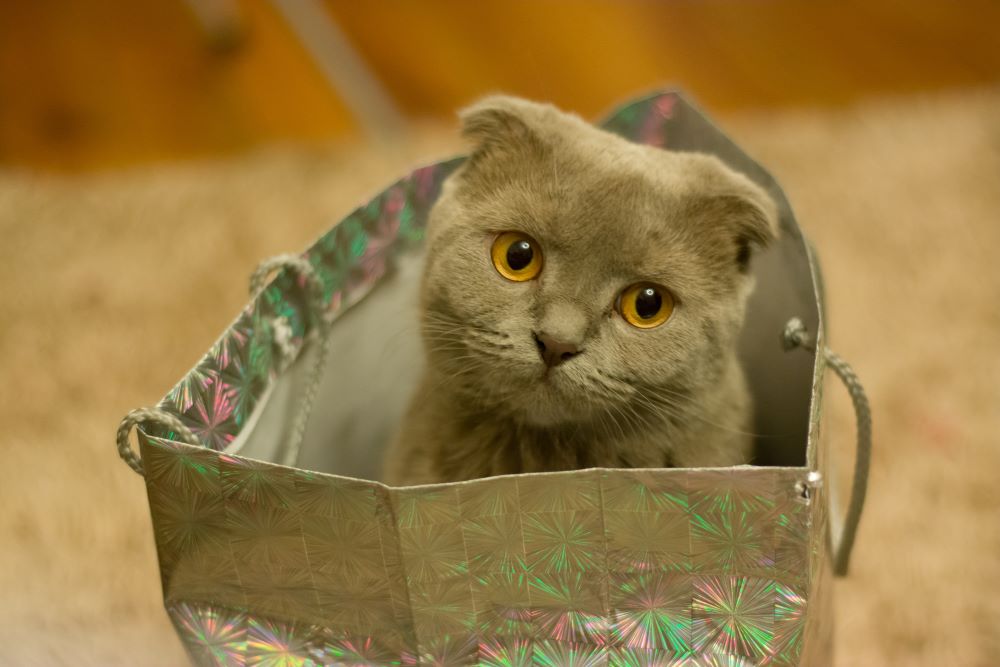 The journey of pet ownership is illustrated in a series of snaps, including one pesky mog popping a paw in the aquarium to catch a fish, another causing havoc with Christmas decorations and a third having a game of monopoly.
While dastardly dogs are featured thieving slippers, shredding toilet rolls and tearing up sofa cushions.
But it still looks like butter wouldn’t melt with these cute and cuddly fur babies.
It comes after a poll of 2,000 pet owners found 27 per cent weren’t ready for the chaos their furry friend would bring – but 35 per cent wouldn’t change it for the world.
A spokesperson for Cushelle Quilted toilet paper, which commissioned the research to mark its Channel 5 Animal Tales partnership, said: “The journey of owning a pet definitely has its ups and downs.
“One minute they can make us laugh and the next they could make us cry – especially when they start messing with the loo roll and slippers.
“But all in all, cats and dogs can bring so much joy to our lives and these images really show their true colours.”
The cost of four more legs
The survey found 38 per cent think the first two years of owning a pet are the hardest.
And 39 per cent have been caught out with unexpected costs when it comes to their cats and dogs.
Half admitted that raising their new four-legged companion was more expensive than they first thought it would be, leaving 21 per cent struggling financially.
Vet bills, pet insurance and specialist food were the top things these owners weren’t anticipating having to pay for.
With the average spend on a cat or dog in the first year being more than £500.
And more than one in 10 (11 per cent) even spent more than £1000 on their newest family addition.

But it’s not just the medical bills pets can rack up – carpets, door frames, skirting boards and furniture are regularly decimated by a furry friend.
Leading to an estimated average cost of £650 to fix or replace these items, according to the research via OnePoll.
Furthermore, 34 per cent think their pet is naughtier than others of a similar age.
And 22 per cent struggled with the behaviour of their animal when first bringing it home.
Keeping the pooch quiet when the doorbell rings, listening to demands and not chewing furniture were the top things dog owners found challenging.
While cat owners found training it to not jump on surfaces, how to get in and out of the cat flap and not to steal food the trickiest.
The spokesperson from Cushelle added: “It’s a huge responsibility owning a pet, financially and time wise.
“Before taking the leap and purchasing a pooch or a pussycat it’s important to do the research and find out about these underlying costs – whether its training, vet bills or replacing chewed up furniture.
“There is a lot to consider, especially during the ever-rising costs of living we are all facing at the moment.”