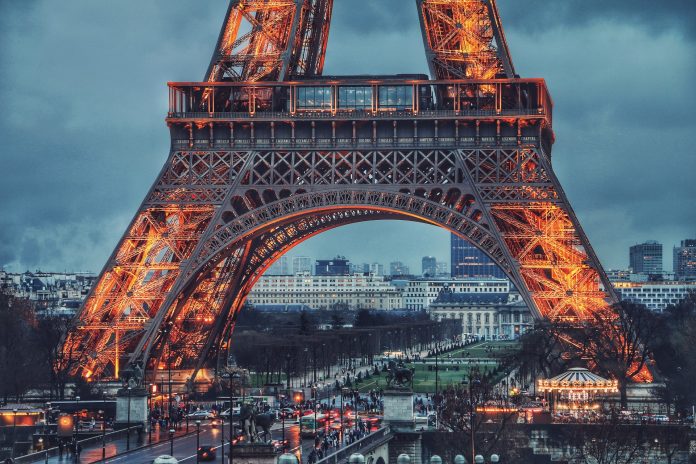 If you’re a Schengen visa holder, you’ll be able to visit some of the most attractive destinations in the world, with countries like France, Spain, and Italy being among the five most popular countries. Whether you want to obtain a Schengen tourist visa or you’re pursuing temporal residence, you would not want to miss the opportunity to stop by the locations we’re about to disclose!

Without further ado, we’ll be taking a closer look at the five most visited countries in the Schengen Area. For the record, all of these countries are accessible with a Schengen tourist visa and are part of the Eurozone.

France is, as of this writing, the most visited country in the world, with an average of over 89 million yearly visitors. It’s likewise considered by many to be the world’s main hub for fashion, culture, and cuisine.

Its capital (Paris) is deemed as one of the most beautiful cities in the world, and its Eiffel Tower is featured prominently in a plethora of movies, documentaries, music videos, and series. Other Parisian landmarks include the Notre Dame Cathedral and the Louvre – which houses one of the most famous paintings the world has ever known: the Mona Lisa

But Paris is far from being the only touristic location in France. Mont-Sant-Michel, The French Riviera (C&ocirc;te d’Azur), the French Alps, and the 17th-century Versailles palace should also stand out in your travel itinerary and every travel agency brochure.

Spain is another European touristic giant that currently holds second place in the ranking of most visited countries in the world, just below France, counting over 84 million visitors per year on average. It’s a favored destination for citizens of the northernmost European countries due to its warmer climate and sought-after sunbathing areas.

Having gained its fame as one of the most powerful empires in existence during the Renaissance, Spain has been endowed with a very rich cultural heritage that seeps through every corner. It would be difficult to find a town or village devoid of important historical sites to explore.

Madrid, the capital, is a cosmopolitan city that accommodates some amazing cultural and artistic spots: The Prado Museum and the Spanish National Museum are some of the most important cultural facilities in the country. We shouldn’t neglect to mention the Cibeles square and the Gran Via, Madrid’s most emblematic street.

Outside of Madrid, you will find Barcelona, a close competitor for the most important Spanish city, with its exuberant Mediterranean beaches and striking architecture. Gaudi’s towering Sagrada Familia is one of the largest unfinished cathedrals in existence and an iconic example of Barcelona’s architectural richness.

Italy sits in 5th place in the ranking of the world’s most visited countries, with an average of 65 million annual visitors to boast about.

No one can deny Rome’s legacy and historical significance. Walking the streets of the city that once was the most important in the known world is akin to a visual world history class. The Coliseum and the Pantheon stand out especially during your sightseeing sessions, particularly considering the way these landmarks of antiquity are still able to remain in place after thousands of years.

The Vatican, the spiritual and administrative center of Roman Catholicism, is an obligatory spiritual stop for millions of catholic pilgrims, and its imponent St. Peter’s Basilica – which stores St. Peter’s relics – is considered to be one of the most important religious buildings in the world.

Outside of Rome, Florence offers sightseers an astonishing display of Renaissance imagery. Same with Venice and its awe-inspiring canals. Southern Italy, on the other hand, is a charm for cuisine lovers, especially Naples (pizza’s birthplace).

Vacationing in Germany is an experience worth having. Germany is, as of the time of writing, the 9th most visited country worldwide, receiving an average of 40 million tourists per year, and it should come as no surprise when we analyze all the attractions it harbors.

Berlin, its capital, is filled with sites begging to be visited, such as Museum Island – a literal island packed with loads of treasures – the Neoclassical Brandenburg Gate, and, not less important, the Berlin Wall.

Outside the capital, you find Cologne Cathedral (Kölner Dom), one of Europe’s largest cathedrals and the perfect archetype of Gothic architecture.

Schloss Neuschwanstein in Bavaria appears to be taken right out of a high-fantasy or fairy tale novel. This castle, along with the Romantic Road wherein it’s situated, inspired Walt Disney’s theme park, and for a good reason!

Finally, if you visit Germany during the fall, you shouldn’t miss Munich’s most famous beer festival – namely. Oktoberfest – wherein you’ll be able to taste some of the best beer in existence while dancing to the rhythm of Polka.

Skiing is one of the main activities you can enroll in when visiting Austria, and that’s why Austria is in constant peak season, regardless of whether it’s summer or winter. In fact, Austria’s Alps can be skiable even well into the spring season.

Vienna is a spectacular city full of splendor and eye candy, sporting a myriad of architectural styles. You’ll find Gothic, Renaissance, Rococo, and Baroque influences in many of its structures, including the breathtaking Imperial Palace, the Belvedere Museum, and the magnificent Spanish Riding School, dating back to Emperor Maximilian II.

Salzburg is not far behind in relation to sites of interest, serving as terrain for one of the oldest Benedictine monasteries in Europe, St. Peter’s Abbey. dating from the end of the 7th century.

Get Schengen Visa Advice from Experts

If you wish to visit the stunning locations we just described, you may need to get ahold of, at least, a Schengen tourist visa. The immigration lawyers at Total Law are updated with the latest regulations related to the Schengen tourist visa and can find ways to fast track Schengen visa applications so that you may have your tourist visa approved in the shortest possible timeframe.

To learn more about how to apply for a Schengen tourist visa, contact their immigration lawyers today. They are available every day from 8.30 am to 8 pm to answer your queries and schedule consultations. You can also contact them through live chat.