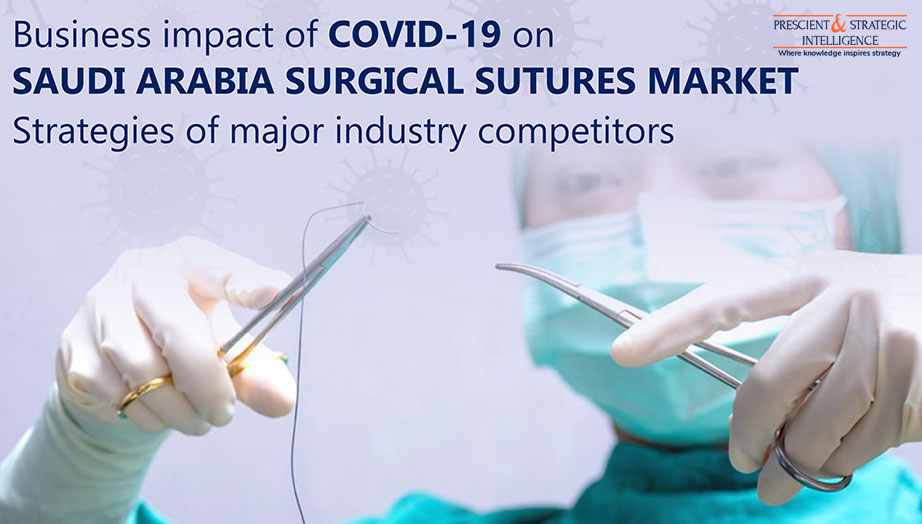 Due to the soaring number of surgeries and burn cases in Saudi Arabia, the demand for surgical sutures is expected to rise considerably in the coming years. Since the last few years, the prevalence of chronic diseases and other health problems has increased dramatically, and this is resulting in a huge rise in the number of surgeries being performed in the country. The other major factors pushing the demand for surgical sutures in Saudi Arabia are the surging geriatric population and rising healthcare expenditure.

The increasing geriatric population is boosting the occurrence rate of chronic diseases and ailments, which is, in turn fuelling the growth in the demand for surgical supplies. As per the data of the Saudi government, by 2040, of the total 40 million people in the kingdom, 25% would be 60 years old or older, and by 2050, the number of the elderly will rise to around 10 million. Moreover, the burgeoning number of hospitals and medical facilities in the country, on account of the soaring healthcare expenditure, is also contributing to the increasing adoption of surgical sutures.

Due to the above factors, the Saudi Arabian surgical sutures market is expected to grow from $16.7 million in 2017 to $20.6 million in 2023 and demonstrate a CAGR of 3.6% during the forecast period (2018–2023). There are two types of surgical sutures available in the market, namely absorbable sutures and non-absorbable sutures, of which the absorbable ones recorded higher demand in 2017. This is mainly attributed to the fact that such products do not have to be removed from the body after surgery, as they are easily broken down by the body through hydrolysis.

Sutures are widely used in general, ophthalmic, orthopedic, gynecological, and cardiovascular surgeries. Amongst these, general surgeries recorded their highest usage of in the country in the past, and this trend is predicted to continue during the forecast period. The number of general surgeries being performed in Saudi Arabia is rapidly increasing, which is pushing the demand for sutures. Furthermore, general surgeries require a higher usage of these products, as these procedures are usually more invasive than the other types of surgeries.

The Saudi Arabian surgical sutures market is currently witnessing the rapid development of customized variants, such as drug-eluting, anti-microbial, smart, and stem-cell-seeded sutures, all of which exhibit higher efficiency as compared to the conventional products. For instance, as per the report published in Micro Microsystems & Nanoengineering in 2016, the researchers integrated electronics, microfluidics, and nano-scale sensors, into threads that could be sewn through multiple tissue layers, in order to collect diagnostic data via the wireless mode, in real time.