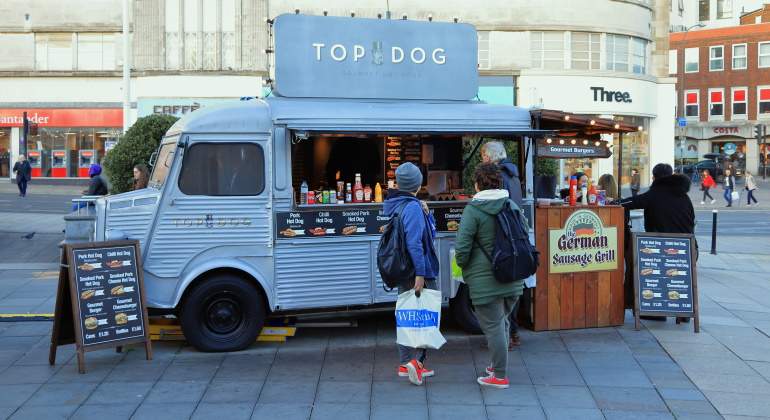 The armistice to the ‘ War of the Sausages ‘ between the EU and the United Kingdom is approaching, with a string of concessions from Brussels to calm the tensions caused by Brexit in Northern Ireland, the only British territory that remains in the European Common Market .

Among the proposals that the European Commission will present next week will be to allow “products of national relevance” to continue to be sold in the province, as well as medicines that have been authorized in the United Kingdom.

The first leaks of the texts to be published next Wednesday indicate that the EU has decided to open its hand and make exceptions in the points that were causing the greatest tensions before the United Kingdom tried to unilaterally break the treaty and unleash an international conflict of the first order , as the government of Boris Johnson had been threatening in recent weeks.

Maros ?? ef? Ovi ?, the Commission vice-president, explained this week at a ceremony in Dublin that he would make a series of proposals to the UK that “will be attractive.” The main ones, in addition to allowing the sale of English sausages, will be the facilitation of customs inspections and a specific agreement for phytosanitary certificates, two of the biggest obstacles to trade between Great Britain and the Irish province.

In addition, the Commission will look for a way to “give a voice” to the Parliament of Belfast in Brussels, since, unlike other non-EU territories with access to the Common Market, such as Norway or Switzerland, Northern Ireland does not have any channel to express their opinions or concerns about the new laws that the Twenty-seven want to pass.

The permanence of Northern Ireland in the Common Market was Boris Johnson’s main concession in the Brexit negotiations, to get England, Scotland and Wales to have as tough a march as possible. Dublin had put as a red line that there was no border between Ireland and the Northern Province, for which it was essential that it maintain the same European commercial laws. Johnson accepted it, creating a border within his own country : all products that cross from Great Britain to Northern Ireland must go through customs and health procedures if “they are in danger of being exported to the rest of the EU”, to ensure that meet community standards.

The situation has created a serious crisis in Northern Irish unionism, which has undergone two leadership changes since the spring and is seeing the main pro-reunification party, Sinn Féin, take the lead in the polls for the first time in history. Unionists are pressuring Johnson to break the treaty, as they fear the new border will end up prompting a permanent separation from the UK.

At the moment, trade data indicates that trade between Northern Ireland and the EU has exploded so far this year, indicating that the border is taking effect and that businesses in the province are shifting their company supply chains. British to European.

The data is clear: trade between Ireland and its neighboring province has increased by 77% so far this year compared to the same period in 2019. And the effects are very clear: Northern Irish petrol stations are the only ones in the United Kingdom that have not had no supply problems, and their supermarkets are fully stocked. A comparison that reveals the consequences of leaving the Common Market.