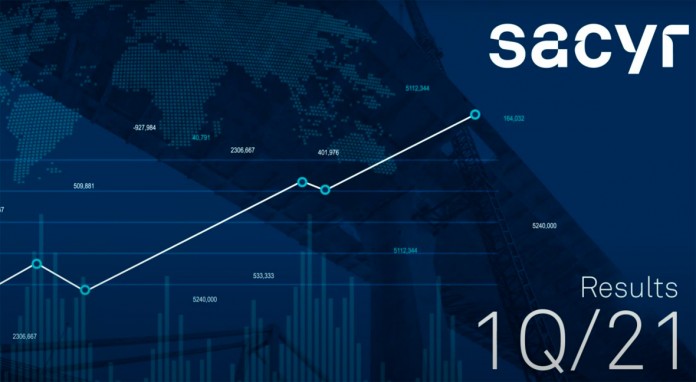 To a greater or lesser extent, the coronavirus has been a great shock for different businesses and companies. It has had an impact on practically all sectors that, at different rates, are also benefiting from the strong pace of recovery in the economy. In the case of construction and concessions too, since a significant part of the recovery funds will go to finance infrastructures such as those managed and operated by Sacyr. In fact, a large part of the toll roads from which the Spanish company is profiting have contracts without demand risk. That is, they enter regardless of whether they are not used, as happened at the worst moment of confinement, in 2020.

Despite this, Sacyr’s shares fell from 2.60 at which they were trading then to close to the euro per share. The expert ratings also plunged. But now, everything has been recovering. In the parquet, this year they scored almost 7% and even reached maximums since the fall of February last year. For their part, the valuations also recover their tone and are already close to 3 euros per share, something that has not occurred since March 2020.

Therefore, with the stock slightly above 2 euros and valuations adding a potential of one euro more to the title, the upward journey that experts argue exceeds 40%, the largest of the entire Top 10 by Fundamentals , the tool that collects the 10 best recommendations from the entire Spanish market every week. Sacyr is precisely the second with the best advice in this portfolio, only surpassed by Prosegur.

Confidence, therefore, continues to be almost full in Sacyr, which, we remember, presented this same year and despite the uncertainty, its strategic plan until 2025. On that date, the objective will be to reach 5,500 million euros in revenue and 1,200 million million ebitda. For now, 2020 closed it with a gross profit of 724 million, 6.5% more than that reported in 2019. For this year, it is expected that EBITDA will continue to rise to 815 million, a year-on-year increase of 12.5 %. Looking ahead to 2023, the last year for which there are reliable estimates from experts, an EBITDA of 928 million is forecast.

The highest margins
Why does Sacyr receive such a good recommendation? Apart from the aforementioned, and beyond its “relationship” as an investment vehicle in Repsol, this security, which is also in the portfolio of elEconomista , will become the firm with the highest margins in the sector in Spain this year. ousting FCC, according to FactSet consensus data.

Everything goes through concessions, the segment that, by far, achieves higher margins. In fact, in the strategic plan presented for 2025, one of the objectives is to reach a 70% margin in this business, while in Engineering the goal is 6% and in Services 9%. According to the consensus of analysts collected by FactSet, an ebitda margin of 17.6% is expected for this year, the highest since 2006, when it reached 22.4%. This level will also put it ahead of Slim’s company in this regard, since, according to these forecasts, it will stay at 16.2% this year. “The goal is to make Sacyr not the largest infrastructure company, but the best,” Manrique himself pointed out at the last AGM.

ACS could soon return to the ‘Top 10’
As for Ecotrader Fundamentals Top 10 trading, another week with no portfolio changes. However, there are some firms that are knocking on the door of the tool such as Aedas Homes, IAG and, above all, ACS, which would be the first candidate to return, occupying the position of CAF, CIE Automotive or Airbus, which are the firms whose position is in greater danger.