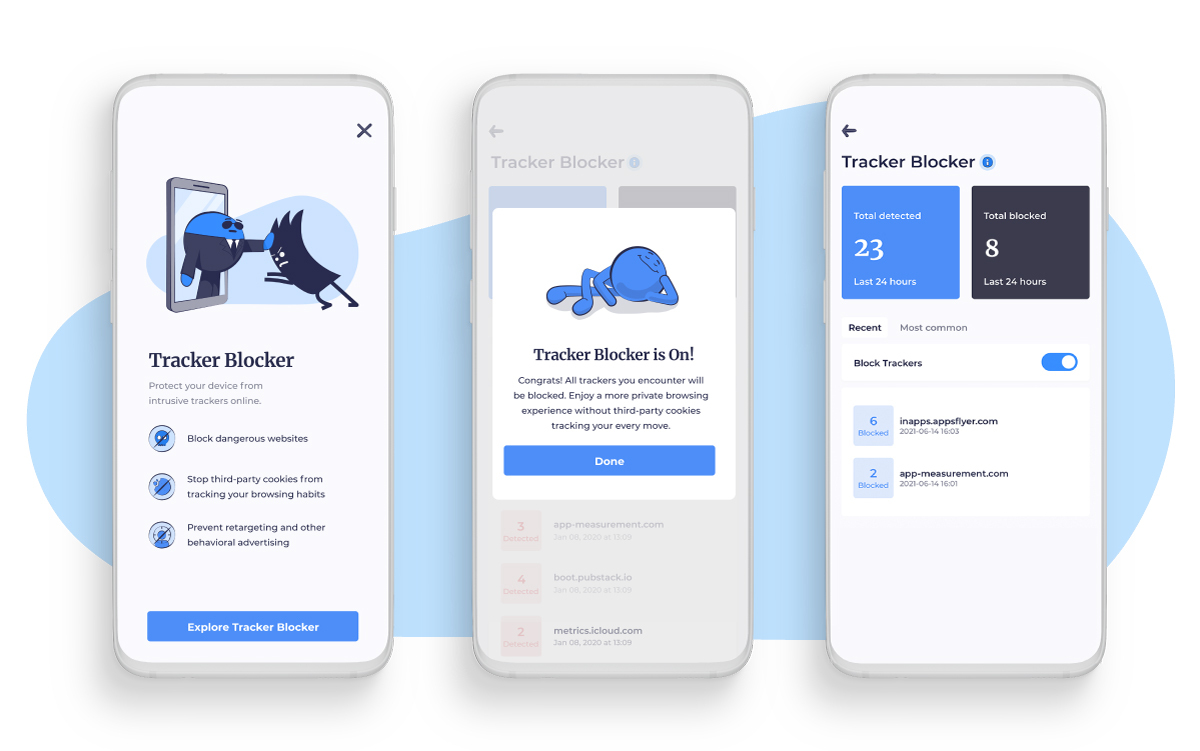 Many websites utilize third-party tracker scripts to collect data about visitors’ browsing habits. These insights can then be sold to other companies and used to bombard the visitors with ads and marketing offers.

“While a VPN does a great job at safeguarding people’s online security and privacy by encrypting their internet traffic, by default, it does not protect internet users from trackers and ads. That is why we introduced the Tracker Blocker feature. With Tracker Blocker on, Atlas VPN users can see what type of applications are following their online activity and stop them from tracking it,” explains Atlas VPN’s COO.

By blocking third-party trackers and preventing ads and pop-ups from loading, Tracker Blocker also improves page load time and preserves device battery life and mobile data. It also protects Atlas VPN users from clicking on potentially malicious ads or websites that could install spyware, viruses, trojans, or other types of malware on their devices.

Atlas VPN is a highly secure, free VPN provider with a mission to make safe and open internet accessible to everyone. Although Atlas VPN is relatively new to the VPN market, it already has over 4 million users worldwide. To protect the privacy of its users, the company uses military-grade encryption and protocols and has a strict no-logs policy.