THE NHS DATA GRAB DELAYED: HOW TO OPT OUT AND STOP YOUR PRIVATE MEDICAL RECORD BEING SHARED

NHS patients across England who may have wanted to prevent their private medical records being shared with third parties have been granted a short reprieve, as the launch date for the NHS digital’s new database scheme has been delayed until September.

The delay has come after recent calls from the NHS staff to give patients more time to understand what the new system meant for their private data and come to a personal decision regarding whether to opt out or not.

The system is now expected to launch on September 1st and will see the creation of a central database of all medical records held by GPs in England, however as part of the current plans any records held in this database would then be available to third parties such as pharmaceutical companies.

This automatic data sharing has led to some people being concerned about patient anonymity and data protection. Under the current plans the scheme will allow third parties to access a range of patient data including information about their physical, mental and sexual health.

NHS Digital will also collect data about sex, ethnicity and sexual orientation of patients, as well as data about staff who have treated patients. The service will not however collect patient names or their full address but it will store their postcode in data in a “unique coded form”.

Patients do have the option to opt out of being included in this central database but NHS digital have advised that any wishing to do so should do so with enough time before the new launch date to ensure the request is processed and that none of their data is transferred over to the new scheme.

Any data that is already stored in the database before a patient opts out will remain there.

In order to opt out patients must fill out a Type 1 Opt Out form and return it to their GP, more details including where to find this form can be found here.

Returning a Type 1 Opt Out before the June 23rd deadline should prevent the NHS digital service from receiving any of your data, however if you were to miss that deadline you can still stop the service from sharing any data they’ve collected by registering for a National Opt Out.

There is currently no deadline for the National Opt Out, meaning that patients can decide at any point in the future if they are no longer happy with their data being shared. However any data shared being you chose to opt out will still be accessible.

You can also change your choice at any point using their online service.

The planned scheme had already run into some resistance from senior GPS who were urging their colleagues to refuse to hand over any patient data in a bid to buy more time for their patients to decide if they want to opt out or not.

An email was also circulated to about 100 practices across north-east London calling on them to also consider whether the data collection is legitimate, with the hope that it will spread to many more. The email makes clear the refusal to share the data is technically a breach of the Health and Social Care Act 2012.

And it’s not just GPs that are concerned over the timeline of the initiative, as James Walker, CEO of data experts Rightly.co.uk explains.

James said: “The main concern surrounding this scheme is that from the announcement of their plans to the date they originally planned to begin collecting data was roughly six weeks. As the recent delay proves, fears that that short span of time would be nowhere near enough for doctors to make their patients aware of what is happening and allow them the time to make an informed decision weren’t unfounded.

“Essentially the data the scheme plans to collect is everything recorded about patients from the time of their birth to the time of their death, including their physical, mental and sexual health, as well as any health-related concerns with family and work and their drug and alcohol history. This is incredibly sensitive and personal data and NHS Digital have not given anyone enough time to properly consider the best course of action for themselves.

“Ultimately a lot of patients may decide they are happy with this data being collected and shared and now thankfully they are being given the time to carefully weigh their decision fully. Additionally this delay will allow the government time to actually discuss the scheme with doctors and make sure that when NHS Digital launches it is in the best interest of those it impacts and they can take the time to address any data concerns people may have. After all, it’s patients that own their data and they should be able to decide what happens to it.” 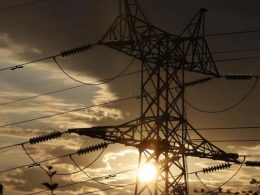 They have tried to put a new fear in people’s bodies: a possible great blackout throughout Europe. The…
bySam Allcock 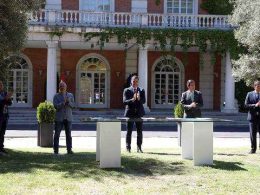 This weekend, the Ministry of Labor has sent the social agents negotiating the labor reform a new document…
bySam Allcock 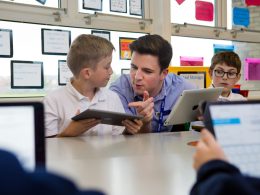 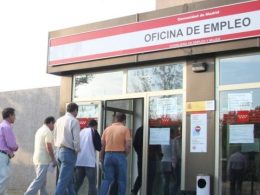 The number of unemployed registered in the Employment offices of Castilla y León fell by 6,886 people in…
bySam Allcock