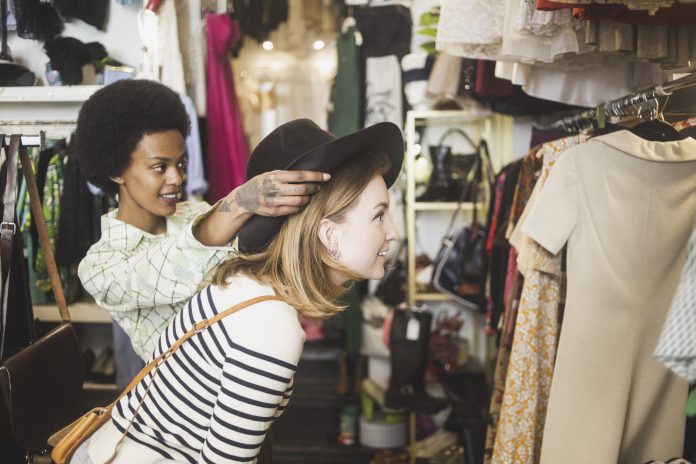 Millions of Brits are trading in items in a bid to make their money go further, during the cost of living crisis.
A poll of 2,000 adults found a quarter are now selling unwanted belongings to make cash.
It emerged a fifth have traded something in within the last six months and of these, 31 per cent were doing so for the first time.
Mobile phones (39 per cent), cars (31 per cent) and clothes (22 per cent) are among the top things people have been trading in.
With laptops (20 per cent), CDs (19 per cent), tablets (18 per cent) and games consoles (15 per cent) also making the list.
The research, commissioned by Vodafone to launch their new trade-in offer for smartphones, found this has contributed to a 26 per cent rise in the number of people trading in items compared to the previous six months (9.7m vs 7.7m).
And a 72 per cent rise since last year (9.7m vs 5.6m).
Max Taylor, consumer director for Vodafone, said: “People across the UK are understandably extremely value-conscious right now, but we know many still want to get their hands on the latest tech.
“Getting better value for your current smartphone means that you’ll be able to get the latest handset at a more affordable price, saving you money at a time when it’s really needed.”
Over £200 could be saved through sell-ins of goods
The study also found, while financial benefits are the biggest driver for those trading in for the first time (57 per cent), other motivations include wanting to help the environment (36 per cent) and decluttering (32 per cent).
The average adult reckons they’ve saved £221.50 this year from selling various goods, estimating their current unused items are worth an average of £287.
While trade-ins top the list of what people plan to do with their old mobiles (36 per cent), those who aren’t planning a tactical trade-in will typically turn to recycling (33 per cent).
As well as giving items away to friends or family (33 per cent) or selling them (27 per cent).
However, 35 per cent still admit they don’t do anything with their unused items besides from keeping them in a drawer at home, while 14 per cent just throw them away.
Despite this, 42 per cent of those who are avid traders wished they had started doing it sooner, according to the OnePoll research.
The main barriers for those who have not traded in before now are fear their goods won’t be worth anything (33 per cent) and the assumption that it’ll be too much effort (23 per cent).
With mobile phones being the most popular item to trade, 67 per cent say they’d consider trading in when buying their next one to save extra cash.
Personal finance expert, Mrs Mummypenny, who has partnered with Vodafone UK to help Brits make the most of their money during the cost-of-living crisis, said: “We love to treat ourselves, but now even more than ever we need to make sure our money goes further.
“Often, households can miss out on savings by ignoring a few simple but effective ways to cut down on costs.
“Trading in an old mobile phone is a great way to get some money or make a saving if looking to upgrade your tech, and doing so with Vodafone will guarantee the best price.”