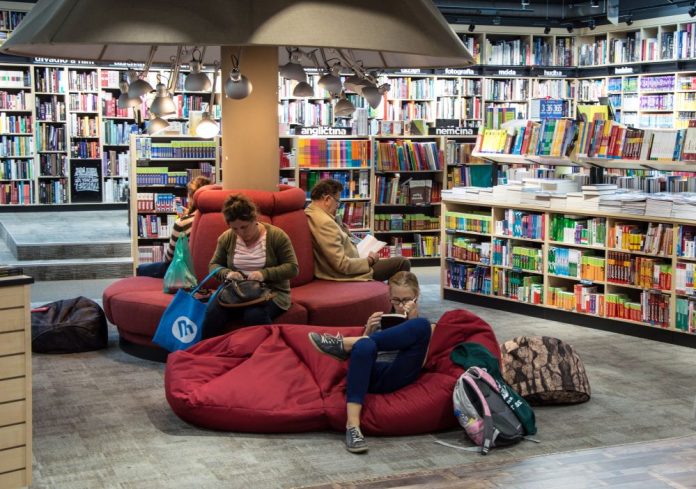 The top must-see locations for British book buffs include Haworth, the home of the Brontë sisters, Shakespeare’s Globe in London and 221B Baker Street – better known as the home of Sherlock Holmes.

A study of 2,000 literary lovers has revealed the top 35 places to see which have been made famous by authors or their books.

Others to feature include Jane Austen’s Chawton cottage, and the Eagle and Child Pub in Oxford, which was visited by authors JRR Tolkien and CS Lewis, who created the mystical realms of Middle Earth and Narnia.

Sherwood forest, with its historic connection with the legend of Robin Hood, and the Royal Shakespeare Theatre in Shakespeare’s birth town of Stratford-upon-Avon also made the top 35.

Darren Hardy, author and editorial programmes manager at Amazon, which commissioned the research to launch the Kindle Storyteller Award, celebrating the best self-published stories, said: “It is such an exciting time to be in the independent publishing space.

“Iconic locations such as Shakespeare’s Globe and the home of the Brontë sisters hold such cultural importance, and it’s great to see them feature so prominently in our research.”

Professor Elleke Boehmer, a leading figure in the field of English Literature at the University of Oxford, said: “The British Isles are rich in vital literary traditions that extend across time, from the medieval period onwards, and across space, ramifying throughout England, Wales, Scotland and Northern Ireland.

“In Britain, you almost get the sense in some literary places of the land, trees and surroundings pregnant, still, with the writer’s presence, or a sense of how they have interacted with the context – like Coleridge’s Quantock hills.

“The walks that he made through those hills still exist today, and as we walk them we can imagine him pacing out the lines of his poetry, like ‘The Ancient Mariner’, looking out onto the Bristol Channel at the passing ships from around the world.

“Some of my favourite literary sites, like Coleridge’s Nether Stowey, the Brontës’ Haworth or DH Lawrence’s Eastwood, also feature truly wonderful and significant houses where the rooms in which the writers were born, or wrote some of their key works, are preserved for all generations.”

‘Writing is an accessible hobby for everyone’
The study also revealed the nation’s favourite British writers, with Charles Dickens, who can count Oliver Twist and A Christmas Carol among his works, coming out on top.

He was followed by Charlotte Brontë and George Orwell, while Emily Brontë and Virginia Woolf, legendary female novelists who paved the way with their literary classics including Wuthering Heights and Mrs Dalloway, were just behind.

On average, Brits read nine books a year, with story fans reading for an average of 39 minutes per day.

But 53 per cent wish they could bury themselves in a book for even longer.

Being immersed in another world (51 per cent), developing the mind (48 per cent) and boosting knowledge (45 per cent) were among the main reasons for enjoying reading.

When it comes favourite genres, crime (30 per cent) ranked above drama (28 per cent), autobiographies (26 per cent) and action (21 per cent).

But the study, carried out via OnePoll, found book lovers are also keen writers too.

More than a third (34 per cent) enjoy writing as a hobby, with 61 per cent of those writing for pleasure at least twice a week.

Darren Hardy, from Amazon, added: “Not only are we a proud nation of booklovers with a rich literary history which spans across the UK, we’re also a highly inspired by the writing we come into contact with.

“It’s amazing that so many people have been inspired to take up writing themselves after reading books, and it shows writing is an accessible hobby for everyone.

“We are bringing more authors than ever before to readers, and we are looking forward to seeing what stories are submitted for this year’s Kindle Storyteller Award – perhaps some will have been inspired by some of our iconic literary landmarks and the authors connected to them.”