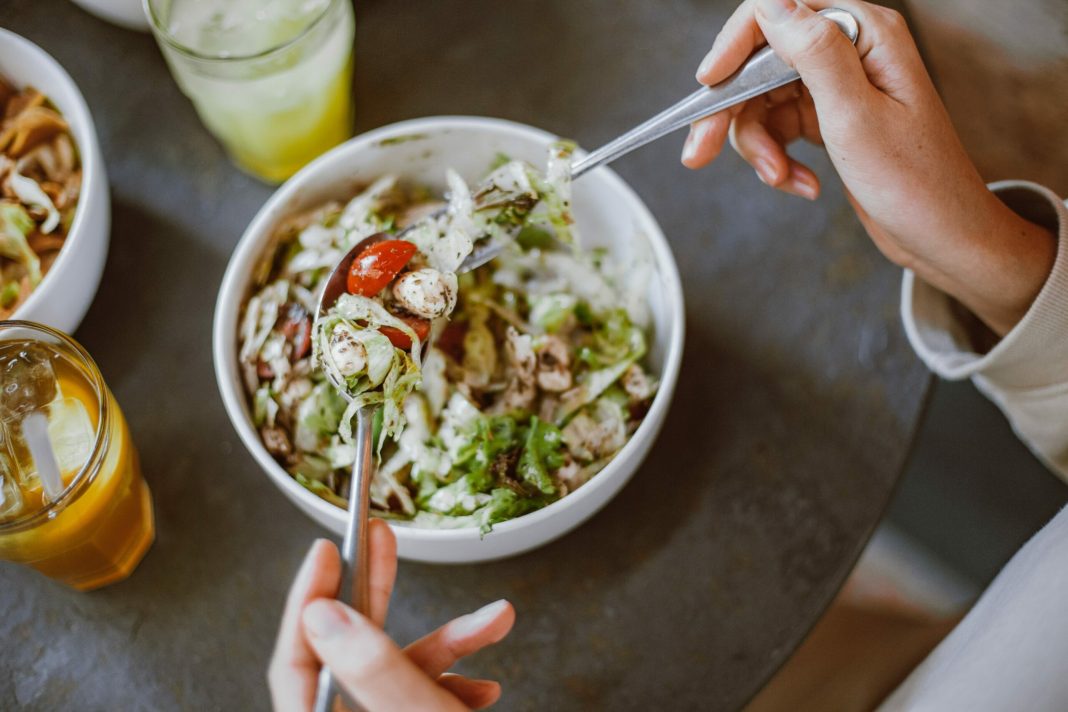 By Vanessa Mangru  // SWNS
NEWS COPY w/ VIDEO + INFOGRAPHIC
Nearly half of Americans admitted that following their idea of what a “healthy lifestyle” looks like would ultimately make them miserable (48%), according to new research.
A survey of 2,000 adults looked at the bad reputation around sugar and found that similarly, 49% believe they have to give up parts of their lifestyle in order to be healthier and nearly all of those respondents wish that wasn’t the case (89%).
Results also showed that people are still under the impression that eating healthy means eating food that doesn’t taste good, but is good for their bodies (59%) and mostly eating fruits or veggies (39%).

Respondents shared that when they think of healthy lifestyles, ideas that come to mind are someone who knows information about what they’re consuming (43%) and exercises about four times a week.
When it comes to being healthy, 55% of people are misled by the idea that they need to avoid sugar at all costs and 64% claim that they try to keep sugar out as much as possible to maintain that idea of “healthy.”

The data gathered by OnePoll for ONE Brands found that although 68% believe they know exactly what belongs on a “healthy” plate of food, many missed the mark when putting their knowledge to the test.
When it comes to what that looks like, the average person thinks a “healthy” plate is: 27% protein, 19% grains, 17% fruits, 17% vegetables, 10% dairy and 10% fats.
However, according to the U.S. Department of Agriculture, a standard “healthy” plate should look closer to: 20% protein, 30% grains, 30% veggies, 20% fruits and healthy oils and dairy in moderation.
And similar percentages of people didn’t know that nutrient requirements differ by body type (42%), gender (40%) and age (34%).
While 58% believe they eat closer to the right amount of all food groups than the average person, the same percentage admit they don’t eat as much protein as they should, and even more revealed they could be eating more vegetables (63%).
“Everyone’s nutritional needs vary, which can make meeting those goals feel like aiming at a constantly moving target,” said Eric Clawson, general manager of ONE®. “By learning about what your body requires to perform at your own optimal level, you can more easily establish and meet those goals.”
When it comes to sugar, the average respondent insists they have less than 16 grams a day, but Heart.org shows that people actually consume around 77 grams daily, exceeding the 25-36 recommendation.
Nearly half of respondents revealed they were unaware that natural sugars and processed sugars are different (47%).
Although people know that fruits like apples (67%) and bananas (63%) have natural sugar, they were most likely to mistake greens like celery (39%), lettuce (39%) and cucumber (38%) as not having any.
Almost seven in 10 shared that they don’t even think about the amount of sugar when choosing fruits or vegetables to eat (68%).
While 56% said they’re likely to reach for candy or other sweet treats rather than fruit when they have a sweet craving, the same percentage said they would eat more fruits and vegetables if they could help scratch that itch.
“Eating foods that suit your nutritional goals doesn’t have to be a miserable experience. There are great-tasting better-for-you options in grocery and convenience stores across the country that satisfy every craving,” continued Clawson. “What’s important is establishing your own personal nutritional needs and learning about the ways that you can stay on top of your goals without compromising on other things that are important to you to make your choices fun.”