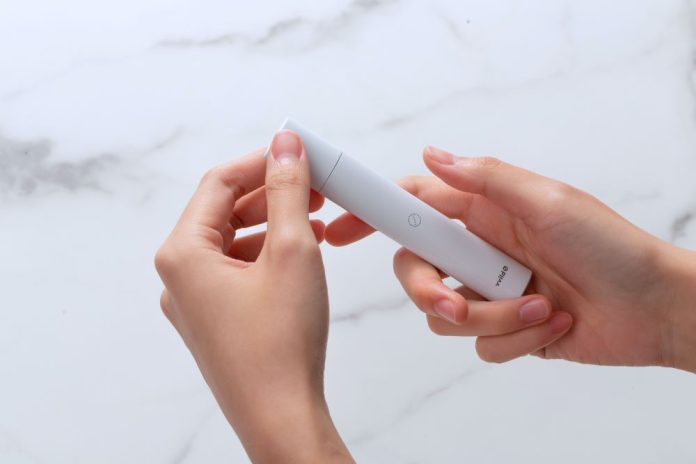 Londoners are the nation’s biggest vapers – getting through an average of nine bottles of e-liquid a week, according to research.
A study of 500 vape users aged 18 and over found those residing in the capital also spend the most on liquids – £48.40 a month – most frequently choosing tobacco, mango and mint flavours.
Tobacco flavour e-liquid is also the most popular variety in the East Midlands, North East, Scotland, and Wales.
While strawberry flavour e-liquid – the overall favourite flavour of those polled – is most popular with those in the North West, Northern Ireland, South East, and South West.
Disposable vapes, which are relatively new to the market, are especially popular among nicotine consumers in the West Midlands, with 84 per cent of vaper users in that location having tried them.
A spokesperson for Vuse, which commissioned the research, said: “The number of adult vape users has increased substantially during the past 10 years.
“And sales of newer products like disposable vapes are also on the rise, while there’s a host of different flavours available to purchase.
“So, it’s interesting to see how adult vape users in different regions vary area to area in terms of usage and preferences.”

The ‘safest’ alternative
The also study showed more than four in 10 users across the UK tend to stick to the same flavour rather than vary their selection, while 30 per cent like to change their choice.
Regionally, East Anglians (60 per cent) topped the poll for those who consistently turn to the same variety of vape.
While those in the North East (46 per cent) like more variety and trying different flavours.
A third of all adults prefer to step outside to puff on their vapes – and 32 per cent are happy to stay indoors to do this where permitted.
Overall, vapers are more likely to visit a shop to buy their products in person, while 37 per cent are happy to shop online.
Carried out through OnePoll, the research found the most popular reason for vaping is that it’s perceived to be less risky than alternatives such as cigarettes (41 per cent).
More than a third (37 per cent) vape because they feel it smells nicer than cigarettes and 36 per cent consider them to be more affordable than other nicotine products.
A spokesperson for Vuse, which has launched a disposable vape, Vuse Go, added: “As the research shows, adult nicotine consumers vape for a variety of reasons.
“And they also use vape differently – with the findings suggesting this varies quite distinctly region to region.”
Top 10 most popular vape flavours