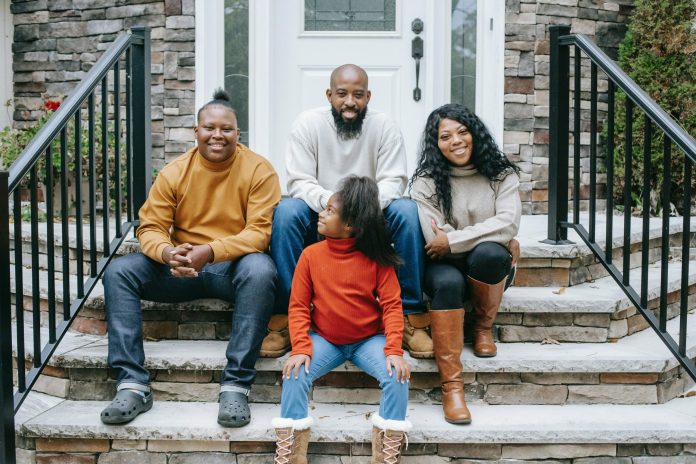 By Aleksandra Vayntraub // SWNS
NEWS COPY w/ VIDEO + INFOGRAPHIC
Six in 10 Americans believe they can build generational wealth.
A recent survey of 2,000 U.S. adults, half of whom are homeowners, found 63% are confident they can accumulate property, investments or other things with monetary value to be passed down from one generation to the next.
Of those respondents, nearly three-quarters (74%) believe they’ve already built generational wealth.
But homeownership isn’t the only way to do so: more people who live with their parents/family and don’t pay rent (83%), and renters (75%), feel they have already built generational wealth compared to homeowners (72%).

The most popular wealth-gen tool among homeowners? Making improvements to increase the value of their home (26%). In comparison, 38% of those who don’t own a home and currently live in student housing are turning to extreme savings and investment programs like Financial Independence, Retire Early (FIRE) or subletting part of their primary residence (38%).
Conducted by OnePoll on behalf of HomeLight, the survey also looked into other avenues for generational wealth building, including people’s plans to fund continuing education and business ventures.

To help with tuition expenses, 30% will take out a traditional loan through their bank or credit card. Those who live rent-free with their parents are more likely than homeowners to cash in their investments (36% vs. 23%), take out a traditional loan (41% vs. 24%), and use money they’ve already saved (36% vs. 22%). People who plan to start a business in the next three to five years will take out a traditional loan (34%) or invest their savings (30%) in it.
Respondents also shared how they plan to finance upsizing their home or apartment. Despite the volatility of today’s market, more than a third (34%) plan to upsize in the next three to five years, helping pay for it by cashing in investments (46%), taking out a loan (45%) and using money they’ve saved up (45%).
Overall, the study proves that privilege pays off, and that those with access to family support and the foundation of generational wealth are already on the path toward accruing wealth. The survey shows that 77% of people currently living with family plan to inherit a home. Compared to homeowners, those who live with family without paying rent were also more likely to inherit a larger home to live in (46% vs. 33%) and borrow money from family or friends to afford their own home (42% vs. 28%).
The most expensive regions in the U.S. — the Northeast and the West — report the lowest homeownership rates, yet the highest numbers of those planning to inherit a home, at 63% of people and 57%, respectively. Overall, about two-thirds (64%) of millennials expect to inherit a home.
“Despite changes in the market, homeownership continues to be one of the most surefire ways to build generational wealth in the U.S. Home equity surged to a record $27.8 trillion in Q1, but rising interest rates and costs of living have started to curb demand for home buying,” said Vanessa Famulener, President of HomeLight Homes. “Those who have built up equity in their homes can take advantage of numerous tax, repayment, and interest rate benefits that home equity lending offers homeowners — especially to help bring costs down for value-add home improvements.”
Over a third (34%) of homeowners have plans to sell their current home, more than those who plan to live in it until they pass it down to their kids (20%).
Fifty-seven percent are confident in their understanding of today’s housing market, including more millennials than baby boomers (60% vs. 49%) and 47% of people 77 and older.
However, less than half (45%) are confident they’ll sell their home at its highest value, with those in the West feeling the least confident (33%).
“Beyond renovations, home equity loans and lines of credit offer an alternative to high-interest credit cards and personal loans for borrowers, but if you’re reinvesting your home’s equity in something else, it’s important to consider the collateral risk,” Famulener added. “Investment properties are popular among those with equity in their homes — one in five homeowners said they would use a home equity loan or line of credit on their primary home to invest in a single-family residence to rent out.”
HOW DO AMERICANS PLAN TO BUILD GENERATIONAL WEALTH?

Invest in a residential property as a co-owner and rent it out – 33%
Extreme savings and investment program like Financial Independence, Retire Early (FIRE) – 31%
Live in a single-family residence I own, in hopes its value will appreciate over time – 30%
Invest in/sell stocks and bonds – 29%
Invest in a single-family rental property as the sole owner – 28%
Rent out part of my primary residence – 28%
Start a business/franchise that I own/co-own – 28%