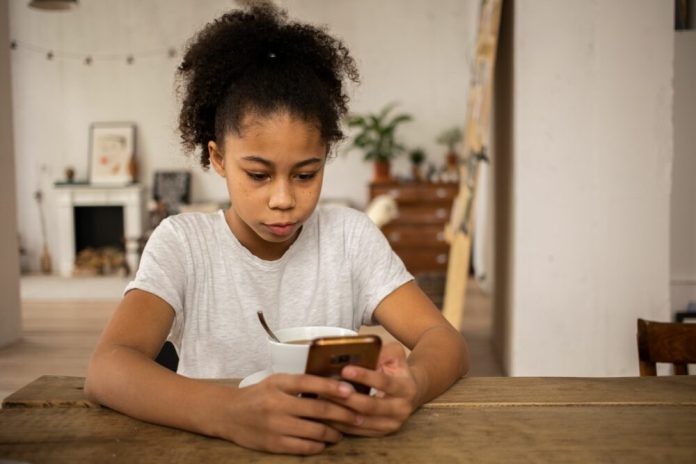 The study of 1,400 parents of children aged 6-18 found 57 per cent know little about how to keep their kids safe, with 33 per cent of these admitting they aren’t that tech savvy.
And 47 per cent have little access to what their child is doing online, due to locked phones and console passwords.
While 55 per cent of parents who feel helpless find it hard to keep up with all the online channels their child can use.
The research, commissioned by The Diana Award, has been released after Downing Street hosting a closed reception with charity ambassadors Rio Ferdinand, UK youth mental health ambassador for the Department of Education, Dr Alex George and anti-bullying young ambassadors trained by the charity.
The meeting with Number 10 came as the Online Safety Bill goes through parliament.
Bullying behaviour increases
According to the research, 46 per cent of parents fear their child knows more about technology than the older members of the house and can cover issues up.
Of the children polled, 58 per cent wouldn’t tell their parents if someone tried to bully them online.
And 45 per cent are unsure that their parents would be able to help them anyway.
The Diana Award’s spokesperson, Alex Holmes, said: “The online element of modern life can make bullying behaviour far more complex.
“When many of today’s parents were young, bullying behaviour – while awful – was something that happened outside or at school.
“Now, the safe-space that was home is also increasingly under threat in today’s always-connected world, especially where lockdowns and school closures have encouraged bullying behaviour to seep more and more into life online”.
Parents might be part of the problem
The study also found 54 per cent of parents realise they may be part of the problem – by sharing something online which could be construed as bullying or offensive, that their children could easily view.
And of these, six in 10 worry their child might repeat something they’ve written or shared online to another child.
However, 67 per cent of parents were confident their children would approach them if they were being cyber-bullied.
It comes after 32 per cent of children said they’d likely make contact with the website moderator or someone in charge of a game if they were exposed to online trolls.
While 22 per cent would try and work out a way to ‘get back at’ their aggressor.
But 23 per cent would ignore what was being said and avoid going online again.
However, the results found bullying in real life is more prevalent than in the digital space, as 31 per cent of the young people polled have had an issue with someone in the real world.
This is in comparison to 17 per cent who have experienced cyber-bullying only, while 19 per cent have experienced both.
Youngsters also claimed the most likely place they will see bullying is in the classroom by other pupils (31 per cent).
Real life and online
Although 21 per cent believe they’ve seen intimidation tactics used at school by teachers themselves, according to the OnePoll figures.
And 26 per cent have witnessed unkind behaviour on messaging platforms such as WhatsApp and Discord.
To date, more than 40,000 young people have been trained as anti-bullying ambassadors in nearly 5,000 schools throughout the UK and Ireland by The Diana Award, which aims to tackle bullying and empower young people to make a change.
The spokesperson added: “Our results show that dealing with bullying behaviour can be overwhelming for parents, but it’s important for them to understand their role in their child’s safety without letting things get brushed under the carpet.
“We encourage communication to not just rely on the child being open but flow both ways, with honest dialogue about acceptable forms of communication, both in real life and online.
“If you don’t know where to start, schools, parents and children can sign up to our Don’t Face it Alone campaign to get free anti-bullying resources, help and support, for all types of bullying behaviour. We’re here to help stamp it out”.