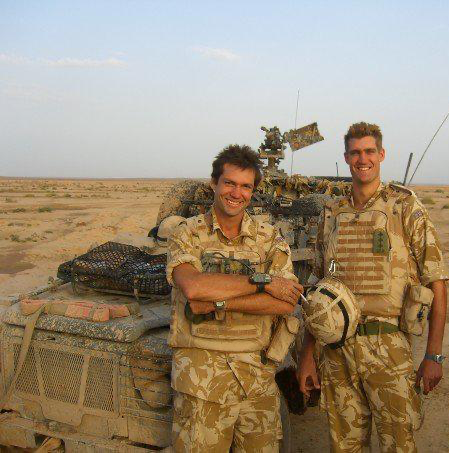 Argyle House School, situated in Sunderland, has committed to supporting serving and former members of the Armed Forces, as a part of the Forfar Education Group which has signed the Armed Forces Covenant.

Founded in 2016, Forfar Education, which has a strong family ethos at its heart, currently owns and manages several of the UK’s leading prep schools. These include Argyle House in Sunderland, Cameron Vale in Chelsea, Horris Hill in Hampshire, The Gleddings in Halifax, Brackenfield School in Harrogate, Park School in Bournemouth, and Prenton Preparatory School on The Wirrall.

John Forsyth, CEO and Founder of Forfar Education, served as an officer in the British Army between 2000 and 2007, said the Armed Forces Covenant was a simple and impactful way of supporting ex-service personnel as they navigate reintegration into civilian life.

In addition to supporting service leavers and veterans, Forfar is also leading the way in providing support for current and former members of the military at their schools.

John Forsyth said: “The government provides the military with a school allowance for a small section of the serving population. Previously called the Boarding School Allowance, it is now referred to as Continuity of Education Allowance (CEA). This is to enable those who move frequently as a result of their service in the military to have a stable place for their children to be educated. However, this allocation only goes to a very small percentage of serving military and does not rise at the pace school fees rise.

“It is the CEA that most independent schools support with an additional bursary to cover some of the top-up amount required by military parents. The vast majority of independent schools make no provision for those who do not have CEA. Our aim at Forfar is to support not just those with CEA, but open that support to all those with young families currently serving – as they have chosen a life of service and we believe that this support is justified and owed as a result.”

Forfar is the first independent schools group to offer this support to veterans and serving members of the armed forces without CEA in the hope that this becomes standard across the independent school sector, especially for the larger schools and school groups.

John added: “We also wish to support veterans of the services, many of whom have spent a decade or so in the military serving their country and then left to start or bring up a family. Again, we feel that more should be done here.

“Across the group, we aim to teach not just great academics but also resilience and confidence via team sports and outdoor learning, which again appeals to many military parents. Also, our school in Harrogate is well placed to support military families there, who wish for a welcoming family environment for day pupils.”

The Forfar group has close ties to the military. As a group of excellent-rated prep schools, some of which offer to board, its reputation and offering attract military families stationed in the UK and from overseas. It also has many famous and highly regarded military alumni, including former Chiefs of Defence, Chiefs of the General Staff and Victoria Cross holders.

John added: “Our goal is to establish ourselves both as an employer known for its open-door, welcoming policies in regard to those seeking work after leaving the forces and also to be a company that supports where we can, all our serving military and veterans, and we wish to lead the way here so that support of our Armed Forces personnel and veterans becomes normalised across the independent school sector.”

Argyle House aspires to produce pupils who are confident, kind, resilient, happy and equipped to navigate and succeed in whatever the future may bring.