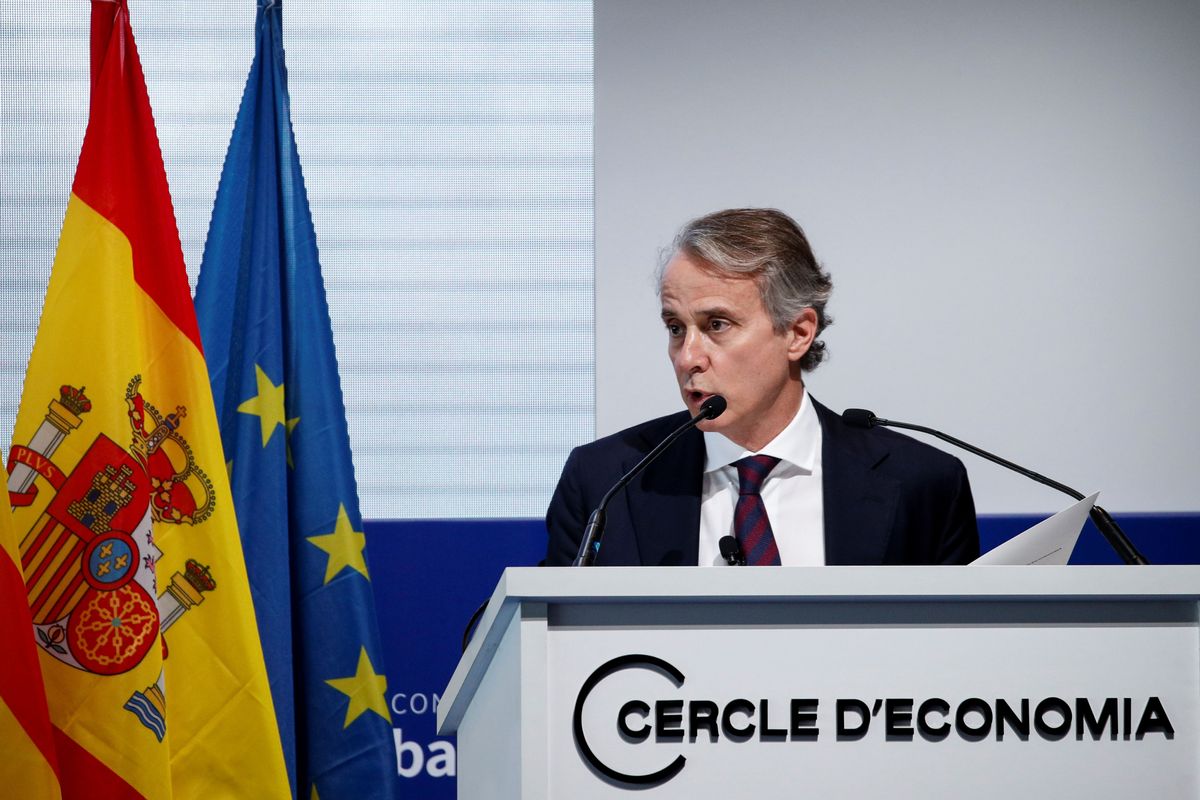 Disappointment is what the Cercle d’Economia says it feels after the cycle of hope that began after the Catalan elections of 14-F and the pardons to the ‘procés’ prisoners, which this organization was among the first to publicly defend as a means of towards a necessary political stability .

But, in the opinion of this opinion forum, which at its annual meeting held last June in Barcelona managed to create a certain climate of relaxation, neither the Barcelona City Council nor the Government “have defined a prosperity model that the vast majority of citizens, civil society and business can share “and push the country towardseconomic decline and irrelevance . Today, “Barcelona and Catalan politics do not help the country to progress in seeking and executing economic development that brings us closer to shared prosperity and generates consensus and reaches the whole world.”

In its last opinion note, the organization chaired by Javier Faus calls on the Government of Pere Argonès and the municipality of Ada Colau to ” move away from the extremes that condition reaching a consensus in the country” and urgently promote “a model shared prosperity “.

The attitude of both the Executive of ERC and Junts and the municipal government headed by the Comuns can leave us “trapped in a spiral of economic irrelevance, of slow but inexorable decline,” warns the Cercle. After stating that “this decade we have already lost many opportunities”,Barcelona airport expansion , go ahead, given that there is “an absolutely majority consensus” in favor of it being carried out while minimizing the environmental impact.

Shared strategies
After defending models of shared strategies and public-private collaboration , such as the one practiced in Germany, the Netherlands, the city of Paris, Milan or Portugal, the Cercle reproaches the two main Catalan political institutions for carrying out a development model economic ” often strongly ideological and lacking in pragmatism” and on other occasions generators of ” confrontation and, therefore, difficult to execute in societies as complex and diverse as ours”. And it affirms that in their actions they do not take into account the private initiative “or they directly go against it”, with models of “

The opinion note underlines “the irresponsibility” implied by the ” apology for degrowth” and highlights that “economic history has taught us that it is thanks to growth that the standard of living and well-being of citizens has been able to improve.” And it is that “economic growth and the reduction of emissions can be made compatible,” he added.

According to the Cercle d’Economia, which defends the general interest against individuals and, therefore, rejects extractive capitalism, there are five strategic sectors that both the Government and the City Council should promote. The first is tourism , which contributes at least 10% of GDP, with an improvement in the quality of the offer .

And that is not possible, he adds, without constantly renovating the hotel plant, so municipal decisions such as obstacles to luxury hotels or some aspects of the special urban plan for tourist accommodation “go against the strategy that the city is pursuing. “

In this section they underline the need to tackle “growing” citizen insecurity and criticize the fact that it has been carried out.an urban reform “without sufficient debate and aesthetically debatable “, as well as ” the alarming deterioration of the public space “, with dirty, degraded or damaged areas and “recurrent acts of vandalism”.

The document also defends betting on digitization , research and scientific and technological innovation . In this sense, they recommend following in the footsteps of Portugal , ruled by the left, which has become an attractive country for talent and with its capital, Lisbon , as a serious competitor to Barcelona, ​​as well as Milan.

Other strategic points must be, they affirm, the transition towards a new energy model, as well as the commitment to the life and health sciences, unraveling projects such as the expansion of the Hospital Clínic, a project that has been paralyzed for 10 years.

They also advocate for the industry and openly criticize that there was no one from the Government in the visit made by the president of Volkswagen to the Seat factory, the country’s main industry. The Cercle demands normality, with more attention to daily management , ambition, realism, broad consensus and political courage and sense of country.