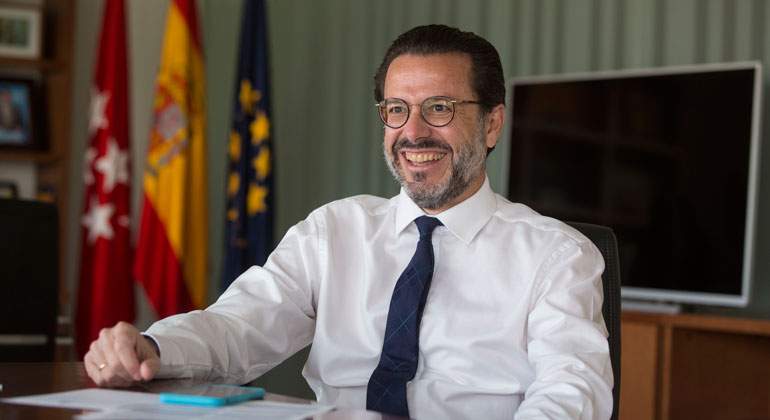 The Community of Madrid has registered a regional GDP growth of 4.5% in the last 12 months, according to the Regional Accounting data corresponding to the third quarter of 2021. This increase is 1.8 points above the national average , which has been 2.7%, according to the National Institute of Statistics.

For the Minister of Economy, Finance and Employment, Javier Fernández-Lasquetty , “this data shows the strength of the Madrid economy and the positive effects of the measures of the autonomous government to promote recovery.” In addition, in the third quarter of 2021, regional GDP has grown by 0.9% , after it increased by 0.3% in the second and 1.2% in the first, which, according to Lasquetty, “It is a change in trend that shows that we are working in the right direction.”

According to the counselor, the rebound has been generalized in all productive sectors in the last year , and is a key factor in the revitalization of the region’s economy, since it indicates that activity is normalizing.

However, the distribution and hospitality services sector , which accounts for 85% of Madrid’s Gross Value Added (GVA) and was one of the unions most affected by the crisis, is the one that scores the highest year-on-year increase of all, with a 9.1%. Regarding regional demand, there has been a growth of 4.1% compared to the previous year, and contributes 3.7% to GDP.

Consumption has been the main factor behind this rise, increasing by 4.8% in the last twelve months, thanks to the increase in spending in households and, to a lesser extent, in Public Administrations and non-profit institutions.

Leading in employment
These good data are also echoed in the labor market. Since September, the Community of Madrid has been leading the creation of employment at the national level , reaching the figure in November of 3,368,881 contributors to Social Security, the highest in the historical series, according to the economic counselor of the region.

Likewise, membership has increased by 39,000 people, which represents 63% of the jobs created in Spain in that period.

Finally, the Madrid counselor referred to the economic growth forecasts for the coming months, which “suggest that in 2021 and 2022 the economy will grow solidly , but for this, it is necessary to offer certainty and stability.”