Complicated horizon in labor matters. The protests from the metal sector and farmers these days are one more pressure for a wage hike in the agreements, at a time of inflation of 5.4%. The demands of these workers threaten to spread to the rest of the productive sectors. Its objective is simple: a salary increase that compensates for the increase in the CPI in recent months and not lose purchasing power.

The metal workers, the first to start with the proposal, ask for a salary increase in line with the CPI. Their demands have already been picked up by the agricultural sector, which this week has joined the protests. The main associations have already announced mobilizations for December.

The situation supposes an added problem to the labor negotiation. In the midst of the reform debate, these workers are demanding wage increases with the IPC in their agreements. On the one hand, the unions point out that the purchasing power of workers has been diminished by the inflationary crisis. At the other extreme, employers argue their difficulty in facing a salary increase of up to 5 points after the coronavirus crisis.

Where is the conflict?
For a few days the strike of the workers of the auxiliary metal industries of Cádiz has been making the news. These workers and their companies, which provide services to large companies such as Airbus, Navantia or Acerinox, have been on indefinite strike since November 16 due to the lack of agreement on the collective agreement, which expired at the end of 2020.

Unions and businessmen, represented by FEMCA (Federation of Metal Entrepreneurs of Cádiz and Algeciras), have been meeting for several days without reaching an agreement. Workers understand that the rise in the CPI has subtracted purchasing power from their salaries and revise the extra painful, toxic and dangerous, while employers affirm that increasing them further would reduce competitiveness.

And it is that the workers of Cádiz in this sector are among the best paid in Spain and Andalusia, as revealed by the report Collective Bargaining in the Metal Industry in 2018, prepared by Confemetal.

The renewal of the collective agreement has caused a strike in Cadiz metal
According to this report and the agreement that is now being renegotiated, the metal laborers working in Cádiz are the best paid in all of Andalusia: 11.66 euros per hour, almost two more than the national average, only surpassed by Navarrese . The amount per hour is higher than that of the peons in Seville, who charge 10.55 euros per hour, or compared to 10 euros in Malaga.

In addition, the agreement in Cádiz also includes four extra payments compared to the average of two, according to the employer. Cadiz engineers in the sector charge 14.74 euros for each hour of work, 3 euros more than laborers. Cádiz is also the province that has the shortest salary difference between laborers and engineers, the national average being 6 euros.

With these hourly prices, the salary of a laborer who works 35 hours a week could average 1,790 euros gross, plus bonuses, according to reports.

The provincial agreements vary according to the group between 1,123 euros per month for assistants to 1,887 for engineers, again grossly and without bonuses.

More riots
Police and protesters staged another confrontation yesterday in the metal protests in the city of Cádiz when the agents prevented with rubber balls that the mobilization cut the bridge of the Constitution of 1812, one of the only three accesses by road to the capital of Cadiz . Some 300 workers demonstrated in the streets of Cádiz several hours after having concentrated in front of the headquarters of the Femca employer’s association, which was protected by vehicles and riot control agents.

The protest was directed, as on Thursday, through the streets of the city, cutting the two main avenues indistinctly, until after ten in the morning that mobilization reached the roundabout at the end of the bridge, which the workers tried cut off circulation. At that time, the Police began to throw rubber balls, which were responded to by the protesters throwing stones and other objects and overturning several garbage containers, which, for a few minutes, kept traffic interrupted on this road.

In a statement, the Federation of Metal Entrepreneurs has regretted that, after three o’clock in the morning, the proposals by the unions were not attended, which it has accused of getting up in an “irresponsible” manner, maintaining in an “unjustified manner” the sector strike.

Díaz “respects” the claim
The second vice president, Yolanda Díaz, has indicated that the councilor of Cádiz, José María González ‘Kichi’, who joined the protests, is a “great mayor” and is watching over the jobs in his city in the face of a problematic situation , like the one that employees in the metal sector go through. He has also emphasized his “respect” and “empathy” for workers and groups, who “absolutely peacefully” demonstrate in defense of their rights. Díaz thus supports the protests of the metal sector in Cádiz. 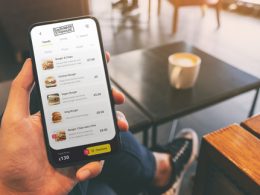 Fear And Refusal To Be Vaccinated With Astrazeneca 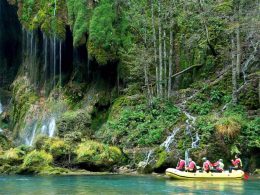 The Best Outdoor Activities In The Nature Park Of Piva 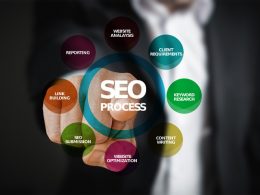