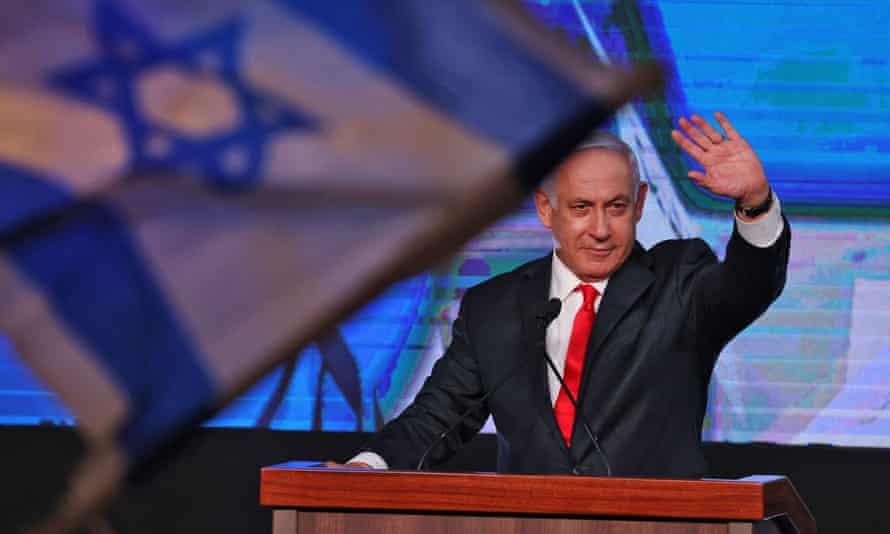 Israel, which held its fourth election in two years just a few weeks ago, is once again going through the process of forming a government. Thus, the President of Israel, Reuven Rivlin, announced on Tuesday that he was handing over the mandate to Prime Minister Benjamin Netanyahu to try to form the new Government in the country, although he stressed that “no candidate has a realistic opportunity” to join an Executive .

“I know the position of many that the president should not give the mandate to an imputed candidate,” said the president, before noting that “according to the laws and the decisions of the courts, a prime minister can continue in office although has been charged “.

‘Game of Thrones’ in Jordan: attempted rebellion against the king, an imprisoned ex-heir and international espionage
Rivlin has argued that “the president of Israel is not a substitute for Parliament or the judiciary.” “It is the task of the Knesset to decide on the ethical question about the capacity of an accused candidate to be prime minister,” he stressed, according to the transcript of his speech published by the newspaper ‘The Times of Israel’.

“Faced with this situation, without a majority of 61 parliamentarians supporting a particular candidate and without additional considerations that indicate opportunities for candidates to form a government, I have reached a decision based on the number of recommendations, which reveal that Netanyahu has a a little greater opportunity to form a government, “he defended.

“It has not been an easy decision on a moral or ethical level,” he reported. “The State of Israel must not be taken for granted . I am afraid for my country, but I do what is asked of me as president, according to the law and the decisions of the courts, to make the will of the sovereign people of Israel come true.” has said.

Rivlin recalled that he was elected president in 2014 and regretted that since then “there have been five parliamentary elections, four of them in less than two years . ” “I did not imagine it and I did not expect that, over and over, five times, I would have to face the difficult task of deciding who to give the mandate to form a government,” he explained.

“I would have liked the Presidency not to be so directly involved in the political system, but that is my role, and as part of it I assume this task. Basic Law: the Government obliges me, as President of the State of Israel, to hand over the mandate to form a government to a member of the Knesset who agrees to do so, “he recalled.

Rivlin’s announcement has had the peculiarity that, for the first time, Netanyahu has not been invited to the president’s residence for the ceremony. Thus, Harel Tubi, head of Rivlin’s office, has gone to the prime minister’s home to deliver the document with the designation.

For his part, Lapid – whose party was the second most voted in the elections – has called the handover of the mandate to ‘Bibi’ as “a disgrace” and “a stain on Israel”, although he has acknowledged that the president had no other option , given the situation derived from the results and the lack of agreement in the opposition for a candidate who will add more seats.

A round of contacts to avoid the fifth elections in two years
Rivlin began contacting the political parties with parliamentary representation on Monday so that they would forward their recommendations to him after the March legislative elections, the fourth in nearly two years. The elections have once again left a divided Knesset without clear majorities .

Rivlin himself bet on March 31 on agreements to create “unconventional alliances” to form a government and avoid a fifth election in little more than two years. “My main consideration will be the opportunities to form a government that has the confidence of the Knesset, approves some Budgets and heals the nation,” he stressed.

The election results reveal that Netanyahu’s Likud would clinch victory with 30 seats, ahead of the 17 won by Yesh Atid and the nine won by the ultra-Orthodox Shas.

Behind them are Blue and White, with eight seats, and Yamina, the Labor Party, United Torah Judaism and Yisrael Beitenu, with seven seats each. The Joint List, Religious Zionism, New Hope and Meretz add six seats, to four for Raam, spun off from the Joint Arab List.

The situation leaves the bloc in favor of Netanyahu with 52 seats, for the 57 of the opposition, while Yamina and Raam, who split from the Joint Arab List, appear as a hinge and could end up granting the majority in case of agreement , which that has triggered contacts to try to bring positions closer together.

Netanyahu and his pending trial for corruption
Rivlin’s announcement coincided with the second day of the hearings in the evidence presentation phase in the corruption trial against Netanyahu, in which one of the key witnesses reported having received “unpleasant messages” after testifying during the day of the Monday.

Prosecutor Yehudir Tirosh has revealed that Ilan Yeshua, former CEO of the Walla news portal, has received these messages. The judge, Rivka Friedman-Felmand, has responded that ” when a witness says that they have received unpleasant messages, it could influence their behavior.”

Netanyahu, the first person in history to be charged while serving as Israel’s prime minister, is accused of receiving bribes, fraud and breach of trust in three separate cases , following investigations led by Attorney General Avichai Mandelblit.

The most serious of them is case 4000, in which he faces charges of bribery, fraud and breach of trust for promoting regulations that benefited the majority shareholder of the Bezeq group , Shaul Elovitch, in exchange for favorable coverage of the Walla portal .

In case 1000, the prime minister will be charged with fraud and breach of trust for receiving illicit gifts valued at 700,000 shekels (about 183,000 euros) in exchange for favors.

On the other hand, in the 2000 case, he has been charged with fraud and breach of trust for agreeing with ‘Yedioth Ahronoth’ to weaken the competition newspaper ‘Israel Hayom’ -favorable to Netanyahu- in exchange for more favorable coverage of the prime minister in the first medium.