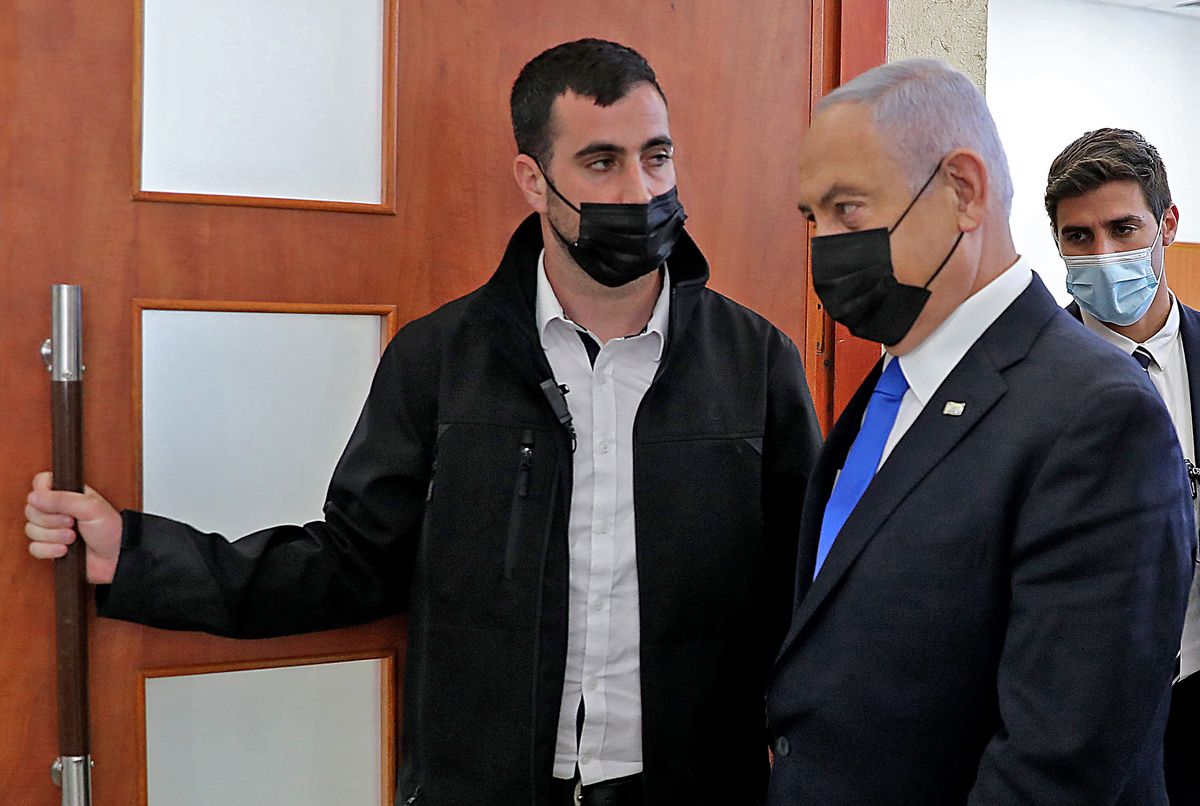 Netanyahu sits on the dock again. While the country’s president, Reuven Rivlin, begins the round of consultations to form a government , the witness phase of the corruption trial begins in the Jerusalem court .

“At the moment, I do n’t see a way to form a coalition” that will take the country out of the long political blockade, Rivlin lamented. A few kilometers away, the prosecutor Liat Ben Ari has accused Netanyahu of having made an “illegitimate use” of his power and of using favors such as “ bargains ”.

“This is a witch hunt, ” the president reproached at the end of the day in court . “This is how they try to overthrow a powerful prime minister on the right; this is an attempted coup ”, insisted Netanyahu.

The acting prime minister began Monday in the Jerusalem District Court as accused of fraud, bribery and breach of trust in one of his corruption cases. A short distance away, his Likud colleagues were proposing him as a candidate to rule Israel.

Following the fourth election in two years , President Rivlin faces one of the most uncertain rounds of consultations with political parties in decades. ” Democracy is exhausted, ” he said. The polarization in the country has left a Knesset, the Israeli Parliament, very fragmented with 13 parties with representation. This fact makes the task of choosing a candidate to form a government difficult.

In turn, the image of Netanyahu in the dock has led Rivlin to express that he may take other ethical considerations into account when choosing or, rather, not choosing a certain candidate. The elections of March 23 , planned as a plebiscite on the prime minister, did not give a majority to any bloc. Although the refusal of the Hadath party, member of the Arab Joint List to support Yair Lapid, leader of the opposition, brings the position closer to Netanyahu.

“Kim Jong Un”
Last February, the only prime minister charged in the history of Israel pleaded not guilty to accusations of fraud, bribery and breach of trust. This Monday, the prosecutor Ben Ari has accused him of seeking “undue benefits from the owners of the main Israeli media to advance their personal affairs .” To prove it, Ilan Yeshua, former CEO of the Walla news site, has testified.

Yeshua has alleged that while working in that outlet, the owners, Shaul and Iris Elovitch, “bombarded” him with demands for positive coverage of Netanyahu. During his testimony, he acknowledged that Netanyahu and his wife Sara were nicknamed “Kim and Ri Sol-ju Jong Un”, in reference to the North Korean dictator .

Fifth elections?
This is one of the three corruption cases in which Bibi is charged. This is the 4,000 case, in which allegedly when he was in the positions of prime minister and communications minister he had promoted regulatory decisions favorable to the telecommunications giant Bezeq in exchange for positive coverage in Walla .

In the president’s residence, a climate of uncertainty has reigned . In the absence of a majority of 61 deputies to name a clear candidate , Rivlin poses the worst political scenario. “The people of Israel should be very concerned that we may be dragged into a fifth election, ” he said.

Beyond the unprecedented political blockade and economic crisis, Israel faces an adverse international outlook . Added to the reactivation of nuclear talks with Iran by the Biden Administration is an imminent investigation of war crimes by the International Criminal Court.