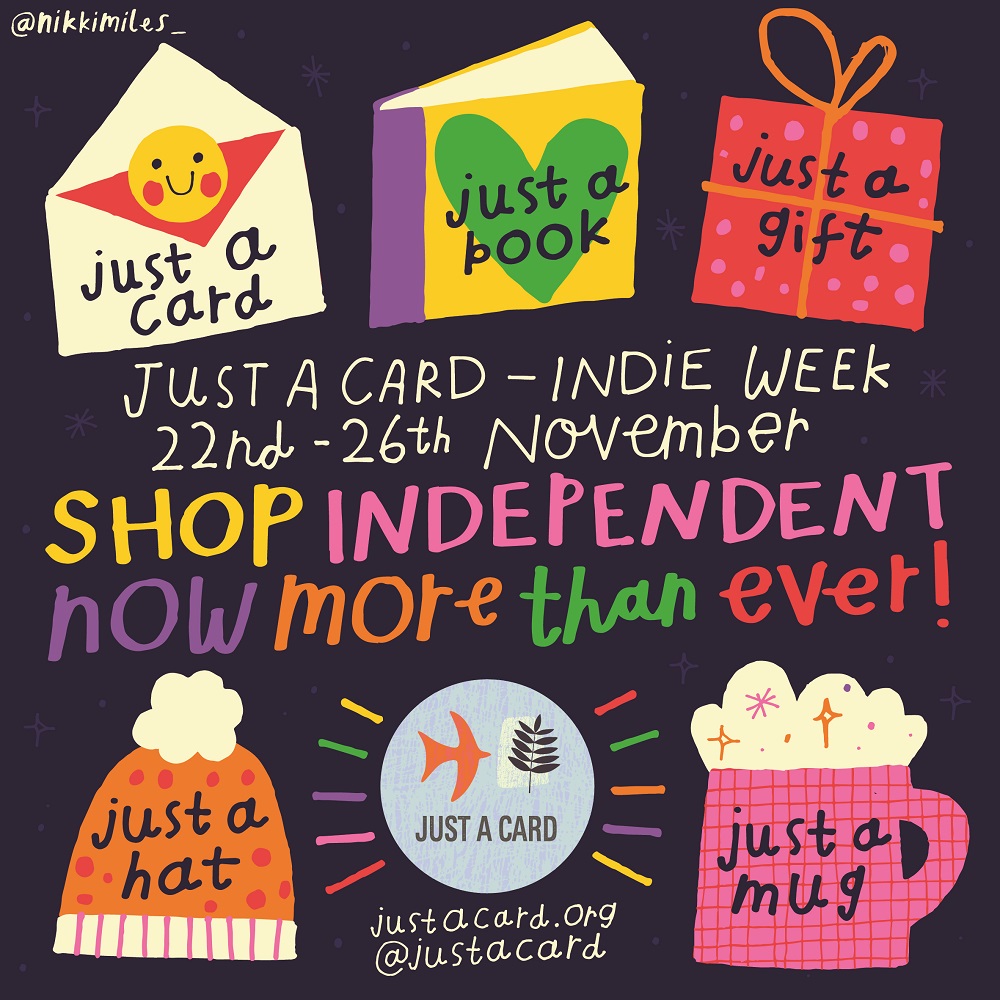 Now in its fifth year, JUST A CARD – INDIE WEEK encourages people to support, value, and buy from independents during the crucial Christmas retail period.  Given the circumstances of the past year, championing independents this Christmas is more vital than ever!

An antidote to the fast-purchase culture of Black Friday, JUST A CARD – INDIE WEEK welcomes everyone to celebrate their own businesses as well as those they love, to showcase their communities, and to tell their own stories both on and offline. The week will include our ever-popular five-day Instagram challenge which has previously featured across the BBC and beyond and saw over 55,000 people taking part.

Since 2015, the grassroots campaign JUST A CARD has been showing the value of shopping small to both customers and independent businesses.  Every sale, however small, even just a card, is the difference between a vibrant creative community or a boarded-up business.

JUST A CARD is delighted to announce The British Independent Retailers Association (BIRA) as the official sponsor of JUST A CARD – INDIE WEEK.  Later this year they will be launching a new independent online marketplace – an accessible to all platform that looks to further BIRA’s support for the UK’s best independent retailers.