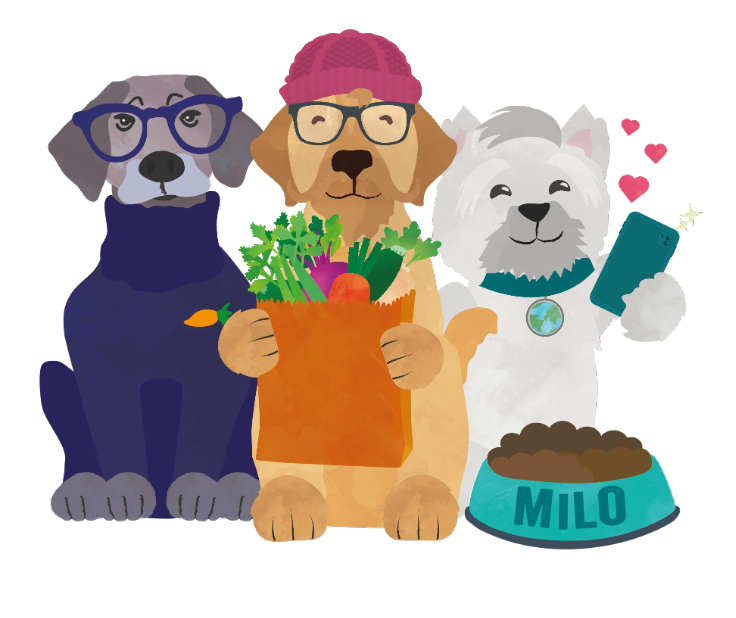 New study reveals 84% of new pet parents admit that they’ll be bringing their pooch to work when offices reopen and would even turn down a job if dogs weren’t made welcome.

If your new dog enjoys a flexitarian diet, will be joining you on your daily commute or has its own Instagram account, you could be part of the new generation of ‘Pupsters’ – the ultra-conscientious pet parents whose furry friends are as much a part of the family as any human relative – according to new research out today1.

The term describes the millions of first-time pet owners who welcomed in a four-legged friend during the pandemic. Considered the most conscientious generation of pet parents to date, Pupsters strive to make the best choices for their pet and the planet whilst also integrating their dog into their work and personal lives significantly more than previous dog owning generations before them.

Aged 25-40, our Pupsters – like famous dog lovers Katie Perry and Lewis Hamilton – tend to live in urban areas and do their best to reduce their carbon pawprint whilst going to significant lengths to ensure their furry friend has everything it could ever need.

According to the study by purposeful pet food brand Edgard & Cooper, a whopping 84% of new dog owners plan on taking their dog to the office when they return to work, while nearly half (43%) would turn down a job that banned canine colleagues. But Pupster behaviour isn’t restricted to the office. Ensuring their dog’s every need is seen to, 15% put on dog-friendly podcasts when they go out while nearly a third (29%) have a pet camera at home to keep an eye on – and even chat to – their pup when they’re out and about. What is more, 29% of new pet parents said they have significantly changed their daily routine to accommodate the wants and needs of their dog. In fact, 44% said their dogs sleep in their bedroom and nearly a quarter (24%) admitted they prioritise their four-legged friend over their partner.

The findings also revealed our Pupsters’ concern for the planet.  Six in ten new dog owners (60%) consider their dog’s carbon pawprint when making any purchase for their pet, with Edgard & Cooper reporting soaring demand for petfood packed responsibly and more than two thirds of survey respondents (69%) trying to only buy sustainable toys.  Nearly half (49%) are keen to feed their dog less meat – compared to less than a quarter of established dog owners* (23%) – while 78% think their dog’s diet is as important as their own.  And, in another move taken straight from the ‘helicopter parent’ playbook, one in four (25%) said their dog’s poo has become an almost daily discussion point.

But it’s not just offices and conversations that Pupster dogs are taking over. 47% of Pupsters have created an Instagram account for their pooch, with 78% posting more regularly on their dog’s account than their own and the same number admitting their dogs have more followers than they do.

And whilst the world might be opening up again, Pupsters are more likely to be found closer to home.  Nearly half (46%) said they are less likely to go on trips abroad now and instead go on UK pet-friendly holidays and 46% choose pet friendly places when they go out so their dog can go with them.

Eddy Yuen, Marketing Pack Lead UK at Edgard & Cooper welcomes the shift in behaviour, which looks set to continue, saying: “The increasing importance of the role pets play in peoples personal lives comes as no surprise, but it’s positive to see people are also highly aware of the impact choices for their pets have on the planet.

“Whilst it’s a trend we see more prominently with recently homed dogs we firmly believe everyone can be a bit more ‘Pupster’, and hope that, as people talk more about the impact their decisions have on the planet, everyone embraces lifestyle choices for their best furry friends which reduce their environmental pawprint while also giving them the best care possible.”

Edgard & Cooper is on its own mission to tread lighter on the planet and help pet parents everywhere do the same. Fully recyclable paper-based packaging across their dry food/treats ranges, and ambitious 2025 zero carbon targets (as part of their Zero Pawprint plan) are just a few things they are doing to lead the way.

The key characteristics of Pupsters:

* Established dog owners – those who got their dog more than 18 months ago, or have more than one dog