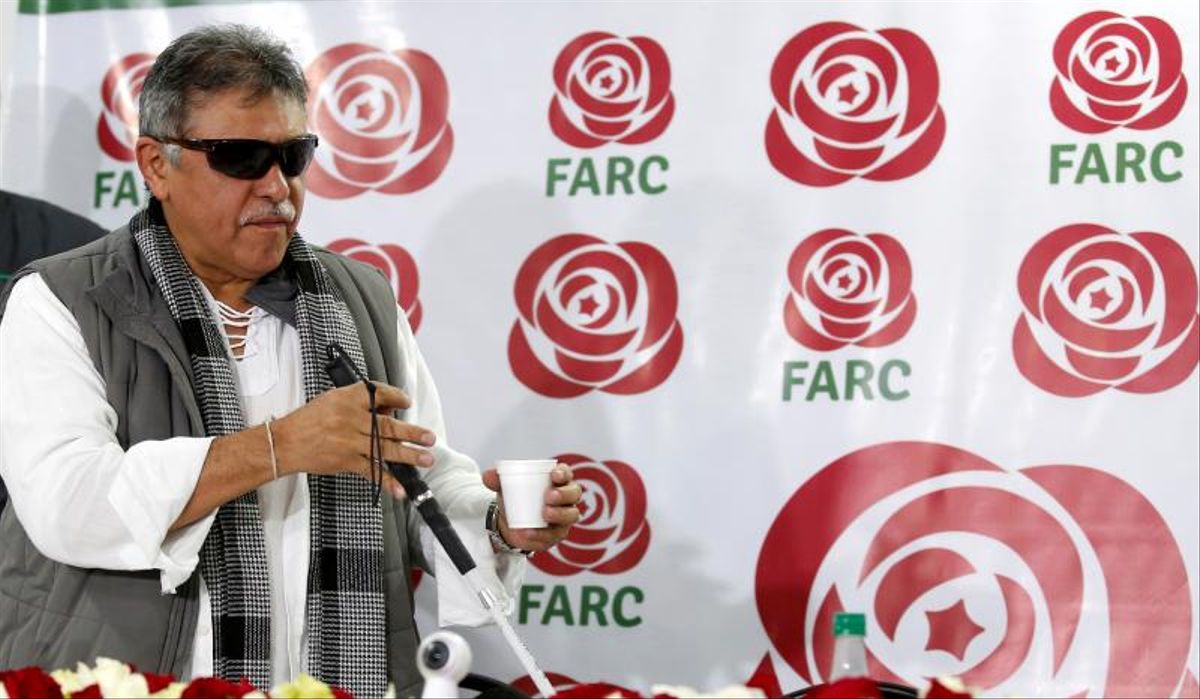 Seuxis Paucias Hernández Solarte came to the top of the FARC under the pseudonym Jesús Santrich. He was one of the negotiators of the peace agreement signed in 2016 with the Government of Juan Manuel Santos.

Two years ago he decided to take up arms again as part of a dissident faction of the former guerrilla. Death has found him on the Colombian-Venezuelan border during a confusing confrontation.

The Colombian Defense Ministry first pointed out that, on the basis of “intelligence information”, that Santrich “and other criminals” had died in the middle of an armed clash with another group detached from the historic FARC, led by alias Gentil Duarte.

However, on Tuesday night, the FARC dissidents claimed that Santrich was ambushed on the Venezuelan side by “Colombian commandos” who acted on the “direct order” of President Iván Duque. “After the crime, the murderers cut off the little finger of his left hand.

A few minutes later, near the place, the commandos were quickly extracted in a yellow helicopter bound for Colombia,” it was specified in a statement. In turn, he said that the death, known in the midst of the social explosion, “will not save Duque from the popular anger unleashed.”

Santrich could hardly see. He used to wear dark glasses and walked with a cane. He had played an important role in the negotiations in Havana with the Government of Juan Manuel Santos, which made it possible to end a half-century armed conflict. He was known for an intransigence that did not spare him friction with Santos’ envoys.

The rupture
Shortly before the pact took effect, he was arrested and sent to a maximum security prison in Bogotá for alleged involvement in the drug business.

The Special Jurisdiction for Peace (JEP), the court in charge of trying the crimes perpetrated during the years of conflict, ordered his release and prevented him from being extradited to the US The decision taken by the JEP provoked the ire of the right, with former President Álvaro Uribe at the helm, who believed that in this case he found irrefutable proof of the damage that the negotiation with the FARC had caused the State.

In this context, Santrich had to assume his post as a congressman, by virtue of the guaranteed place for the insurgency in the peace agreement. The opposite happened: in 2019 he returned to the jungle together with Iván Márquez, another of the negotiators from Havana. “History will record on its pages that we were forced to take up arms,” ​​Márquez said at the time.

One of the triggers for that rupture was the continuous murder of former FARC combatants and the lack of guarantees for the reinsertion of the 13,000 men who had been part of the insurgency. So far, 270 former guerrillas have lost their lives. The turnaround of Márquez and Santrich was harshly criticized by the last FARC leader, Rodrigo Londoño, alias Timochenko, and the majority of the leadership that accompanied him.

Hot border
The area where Santrich would have died is in the eye of the storm. According to the Bogota press, in recent months, the so-called dissidents have waged several combats against the Venezuelan Army on the banks of the Arauca River, on the shared border. The Venezuelan defense minister, Vladimir Padrino López, denounced last week that eight soldiers had been captured after an armed clash. Padrino denounced “before the international community, before multilateral organizations, and human rights organizations, the infamous kidnapping of these soldiers.”

The minister made no reference to the dissident faction of the guerrillas. Although the Miraflores Palace also avoided naming them, different Caracas media have assured that the Government of Nicolás Maduro had no doubt of the responsibility of the events. Gone seemed to be the days of solidarity with Santrich and Márquez, who in 2019 came to be invited by Maduro to the Foro de Sao Paolo meeting, a meeting of heterogeneous Latin American left-wing forces, held in Caracas.

The truth is that the armed clashes and thousands of displacements have caused a new humanitarian disaster, this time in Apure. Venezuela maintains that it faces a Colombian armed group that has the “protection and tolerance” of Bogotá.

The Government rejects it rejects it. Human Rights Watch denounced that relatives of people who have fled the violence were extrajudicially executed to present them as guerrilla casualties.