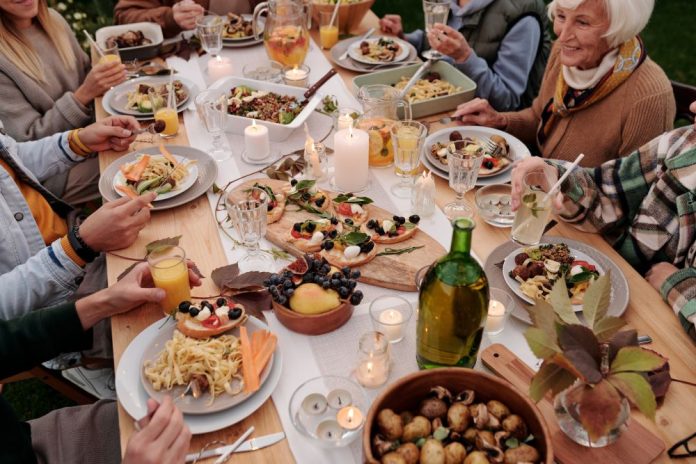 A survey of 2,000 adults found Spanish and Italian were the most popular cuisines to recreate, with Chinese and Greek also featuring high on the list.
Pasta and pizza were voted the best dishes to cook while Greek salads, tapas and Thai curries also proved to be popular.
While plantain, paella rice and snails were the top items Brits are eager to find on home soil.
And olives, feta cheese and rice noodles were among the most common ingredients added to the shopping trolley after being inspired by a holiday.
The research, commissioned by Ocado, also found 48 per cent of those with a family said their loved ones have ‘begged’ them to add a meal eaten abroad to the weekly menu.
While 51 per cent have tried to impress family and friends with their ‘exotic’ cooking once returning from a holiday.
But despite the urge to reinvent international dishes, just over two thirds (68 per cent) admitted their first attempt was a complete flop.
Lisa McDowell, for Ocado Retail, said: “Food is central to many people’s holidays, with friends and family coming together to indulge in delicious meals in scenic settings.
“Once we return home, those meals are often one of the things we miss most, and so recreating these dishes helps us to reminisce and keep that holiday spirit alive.”
Having no food in the house was the biggest worry for 21 per cent of travellers once returning home, with 41 per cent doing a food shop from the comfort of their sunbed to stock the fridge for their return.
Travelling broadens the horizons in the kitchen
A fifth (21 per cent) have chosen a holiday destination purely based on the food, with 49 per cent claiming to be passionate about expanding their food horizons.
While 49 per cent enjoy learning new things about food, such as how it’s prepared and where it comes from, according to the OnePoll study.
Nearly half (46 per cent) are more adventurous with their cooking now than they were three years ago.
With 54 per cent visiting specialist food stores for ingredients they wouldn’t be able to find in a ‘normal’ supermarket.
But 42 per cent have struggled to find something in UK shops which they wanted to include in an international dish.
Lisa McDowell added: “It seems many of us are becoming more adventurous in the kitchen – with travel playing a big part in this.
“It can be frustrating when you struggle to find the specialist ingredients you’ve enjoyed on holiday after returning home, but luckily we can help.”
Top 20 holiday dishes Brits have tried to recreate at home