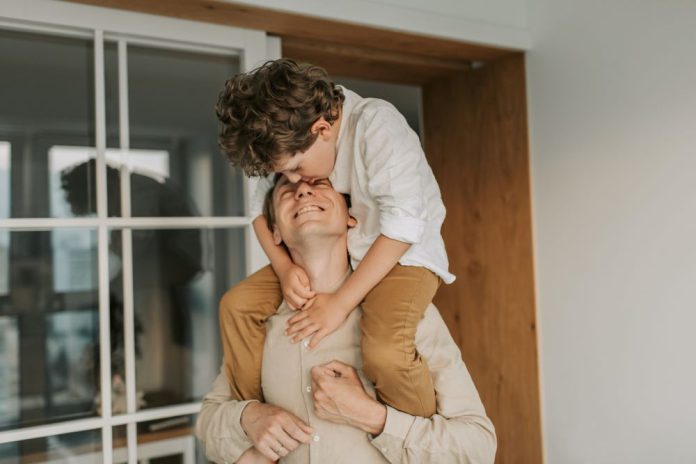 Happiness lasts longer after your favourite sports team has won compared to hearing your partner say ‘I love you’, research has found.
A poll of 2,000 adults found hearing those three sweet words makes people feel good for an average of four hours – but the boost of a win for a favourite team is still there four hours and nine minutes later.
Spending time with family gives people the longest glow, at four hours and 33 minutes, closely followed by booking a holiday and sporting a glowing tan when you get home.
But finishing a workout leaves Brits feeling happier for 30 minutes longer than tucking into junk food.
And bagging a bargain, which leaves people feeling satisfied for three hours and 39 minutes, is better than eating a chocolate bar, being complimented, and having a cold alcoholic drink on a hot day.
Life’s happiest events
The research was commissioned by Capital One UK to mark the opening of Happé Café on 1st and 2nd September; the UK’s first dopamine-inducing café designed to give people a necessary mood boost.
When quizzed on the activities which make Brits feel most happy, 27 per cent said it was spending time with family, while 23 per cent get their dopamine hit from taking a walk in nature.
The birth of a child (21 per cent), getting married (18 per cent) and the day they met their partner (14 per cent) were cited as life’s happiest events.
While Friday was named the day people are at their most cheerful.
Nearly six in 10 (59 per cent) get their ‘feel good’ from the little things in life as opposed to grand gestures.
And 68 per cent claim they drag out what makes them happy, such as drinking a good cup of tea, to make it last longer.
However, due to the current financial climate, 39 per cent have had to cut back on the things that bring them happiness.
Takeaways (42 per cent), holidays (39 per cent) and social activities with friends (37 per cent) are among the top sacrifices being made.
But a quarter aren‘t prepared to give up their daily coffee and 21 per cent would continue to go shopping – with 24 per cent feeling a sense of happiness when hitting the high streets.
The little things
It also emerged 44 per cent tend to put other people’s happiness ahead of their own as 57 per cent said making someone else happy improves their own mood.
More than a quarter (27 per cent) will often go out of their way to spread positivity while the average adult will treat themselves three times a week to help make them feel better – spending up to £43 each month doing this.
And nearly four in 10 (37 per cent) say they will typically buy something if they are having a good day – but 55 per cent would argue the best things in life are free.
The study, conducted via OnePoll, also found 54 per cent don’t need to spend money to be happy.
Andrew Clayton, for Capital One UK, said: “As the research reveals, more than half of us get our mood boosts from the little things in life.
“We’re on a mission to drive positive change across the lending market and promise to put the best interests of our customers first, by doing one small, good thing at a time.
“Our Happé Café brings this to life, offering people a complimentary happiness hit when they need it most.”
The length of happiness list