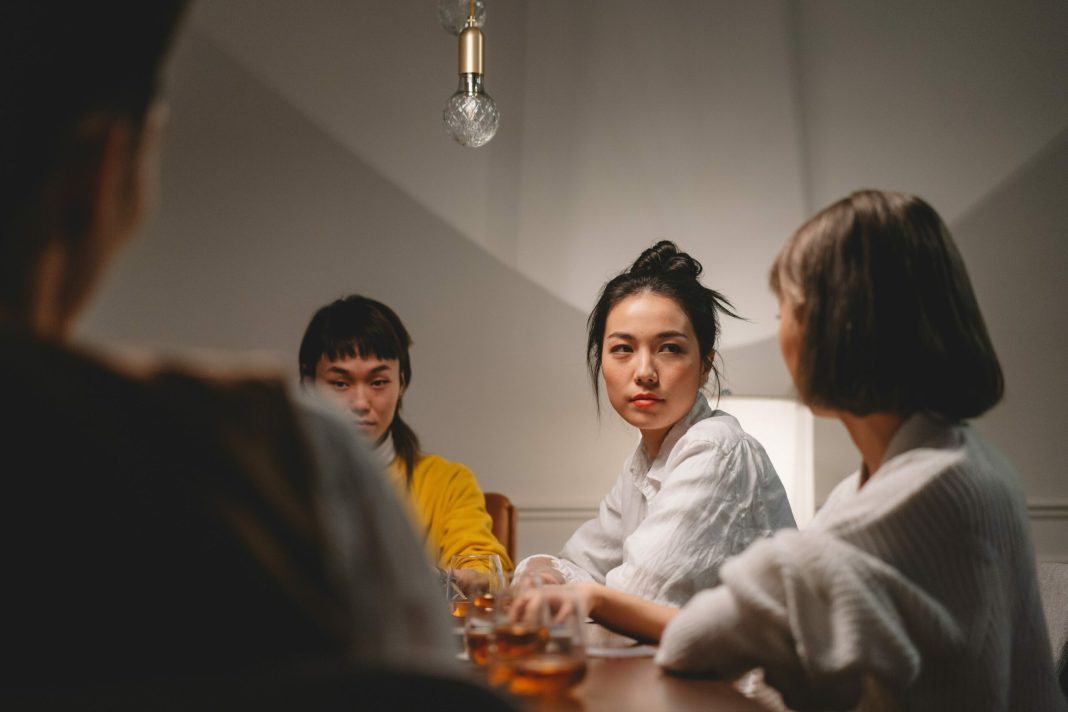 By SWNS Staff
NEWS COPY
The tell-tale signs someone might be lying is avoiding eye contact and nervously talking — but even the most experienced “poker-face” has a giveaway “tell”, according to a new survey.
The poll of 2,000 US adults revealed an overwhelming majority consider themselves a cut above the rest when it comes to being able to spot a liar.
Nearly a quarter (24%) think they have an excellent poker face, with a further 37% thinking they’re good at pulling the wool over the eyes of others.
Less than one in 20 (3%) felt they had a terrible poker face.
When it came to their own “tells” — signs where someone is bluffing — respondents claimed fiddling with chips, sitting up in the chair when they have a good hand and trembling hands are the key signs to look out for.
Commissioned by Online Betting Guide and conducted by OnePoll, the study revealed 53% of Americans believe they’re good at spotting when others were lying to them, while just 8% thought they were poor at it.
The research also revealed when people think it’s a good time to employ their bluffing skills — playing poker (32%), when someone asks if you like what they’re wearing and you don’t (30%) and when someone makes you a horrible meal (27%) are the best scenarios.
On average, Americans deploy their poker face four times a day and lie 4.3 times a day. Respondents also feel they are lied to 5.8 times per day.
“Body language is not a precise science and when you’re looking for signs of lying there is no such thing as a perfect body language ‘tell’, only clues and hints,” said Judi James, body language expert and author of Poker Face. “Poker players in particular can use micro-gestures when they lie or bluff but a good liar could use this to their benefit, acting the ‘tell’ to suit themselves and confuse their opponents.
“Imagine you’ve spotted an opponent’s ‘tell’ when you’re playing poker. You’ve noticed that when they are bluffing their eyes dart quickly from side to side. This ‘tell’ is only useful to you if they’re not aware of it themselves though. If they know their own trait then they can use it to fool you too. Are they bluffing or is this a double-bluff?”
Interestingly, more than two in five (42%) think of themselves as someone who wears their heart on their sleeve and finds it difficult to hide their emotions.
Despite lying more and feeling they are lied to more, a huge 54% of people said honesty was very important to them.
“Body language doesn’t always tell us the full picture of what is going on, but it can give us a good idea,” said an Online Betting Guide spokesperson. “Like most things, the more you know someone, the more you’re able to tell if they are a good or bad liar. It’s also fascinating to see just how important we value telling the truth – but admit to telling little white lies every day.”

JUDI JAMES’ TELL TALE SIGNS OF A BLUFFER
EYE CONCEALMENTS – Our eyes do feel like the windows to the soul and it can be challenging to keep the eye expression on-message when we’re telling a lie, especially as the human eye has a vast range of subtle but still powerful expressions.

EYE DIRECTION/EYE DART – If you can pick up on a person’s normal eye direction when they are being honest you might pick up on the clue that they might be lying if their eyes suddenly swing in the opposite direction for one of their answers.

THE MICRO-SMIRK – Some people enjoy performing a lie and will feel an inner desire to boast about how clever they are being to be fooling people. This can emerge in a subtle smirk, where one side of the mouth rises slightly.

POKER FACE – This attempt to say nothing in case it might incriminate can be a whole-body performance but primarily the facial expression will be bland and immobile and the body stops moving as they speak.

EYEBROW SHRUGS – When someone lies there can be an attempt at bravado which can emerge in dismissive eyebrow shrug.

THE TONGUE-POKE – This is a gesture of disgust and rejection linked to rejecting food as a small baby. It can signal someone doesn’t like what is going on even when they’re pretending to be happy and relaxed.

HAND TO FACE GESTURES/THE NOSE TOUCH – Like the eye shielding rituals, a desire to conceal the face can lead to hands touching the face or nose; rubbing the face constantly as though tired in a bid to hide the expression of guilt.