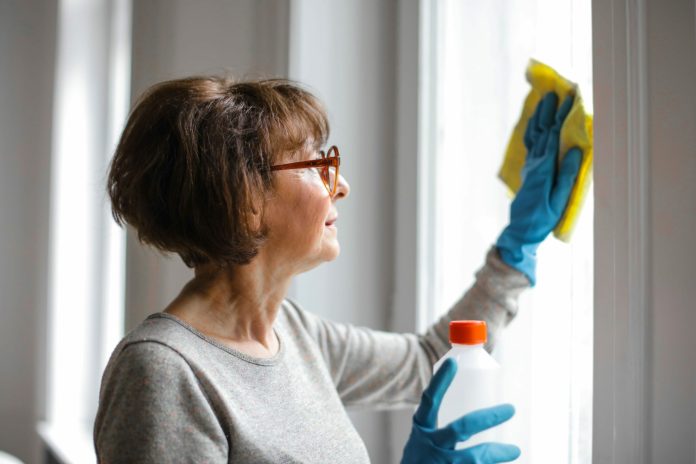 The average American eats food off the floor about four times per month.That’s according to a new poll of 2,000 nationally representative Americans which revealed that 44% follow “the five second rule”, which states that if you drop food on the floor, you have five seconds to pick it up and eat it.

And depending on the scenario, 52% agree that there are some places they would extend the rule to about 10 seconds.
Those places are in their own home (63%), a restaurant (55%) and a hospital or medical facility (55%).
But everyone has their limits. Almost two-thirds (63%) have places they would never consider eating food off the floor, including bathrooms (60%), public streets or sidewalks (59%) and airports (57%).
Conducted by OnePoll on behalf of Ecolab, the survey sought to uncover how respondents’ standards of cleanliness have changed over the last few years.

Nearly two-thirds of respondents (63%) are concerned about cleanliness when attending large events now, compared to 58% who were concerned pre-pandemic.
Since the pandemic began, half of respondents have higher standards for cleanliness, but 27% say their standards have remained the same.
Moreover, 32% believe their standards for cleanliness will increase over the next year.
When asked what places respondents believe are the cleanest, their own home ranked at the top of the list (44%).
Respondents were even more likely to believe family members’ homes are cleaner than Michelin star restaurants (42% vs 34%).
And even though some respondents believe restaurants are pretty clean, there are still several surfaces they avoid touching.
To reduce the spread of germs, respondents try not to touch restrooms (46%), entry doors (43%) and bar counters (42%).
“By offering science-based products and protocols to help avoid the spread of germs, the Ecolab Science Certified Program can help businesses stay cleaner and safer,” said Lisa Robinson, VP Global Food Safety and Public Health.
The survey also found that about two-thirds (65%) agree that outdoor events are cleaner than indoor ones.
About two in five (37%) typically opt for a mix of both hand sanitizer and soap and water when cleaning their hands, but 25% usually opt for hand washing over sanitizing.
Three in five are likely to use a hand sanitizing station if it is set up around a store, restaurant or event.
Sixty-three percent seek out specific events and locations that have obvious cleaning programs, like hand sanitizer stations and cleaning logs.
In fact, 70% use cleanliness as a gauge for whether or not they would return somewhere.
When it comes to the importance of cleaning and cleanliness, the average respondent claims they realized this around the age of 27.
About one in five (18%) learned this before the age of 18, but 22% admit it wasn’t until after age 35.
“The Ecolab Science Certified seal can help give peace of mind to those who experience stress around health and food safety, as well as overall cleanliness,” said Robinson.
TOP CLEANEST PLACES
My own home – 44%
A family member’s home – 42%
A doctor’s office or medical facility – 41%
A Michelin star restaurant – 34%
A local restaurant or chain – 33%
A friend’s home – 29%
A chain store – 25%
A local store – 20%
A local hotel or motel – 17%
A chain hotel or motel – 11%