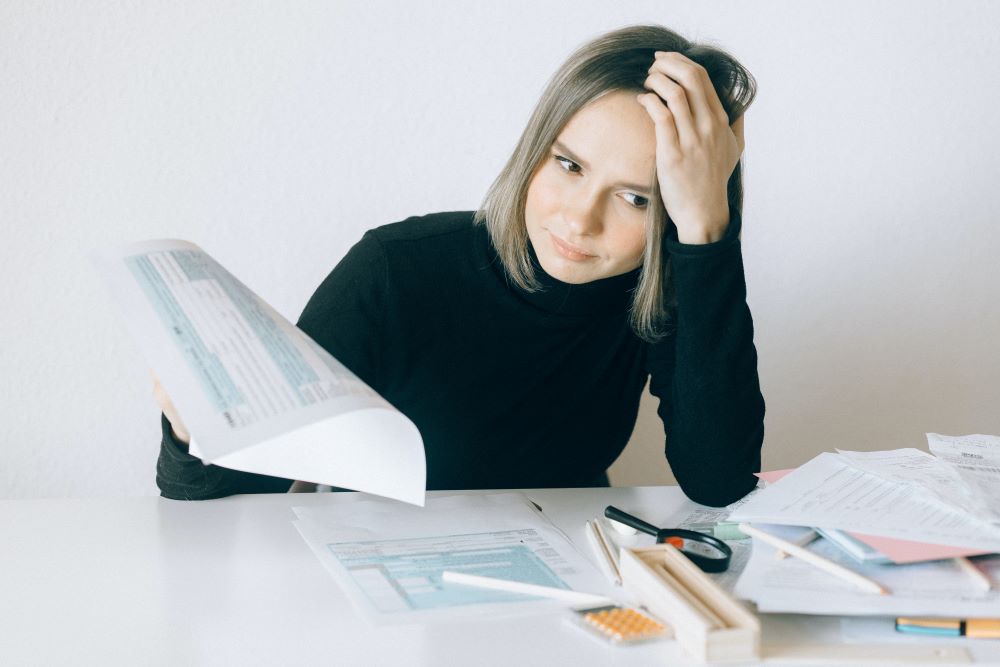 A study of 2,000 adults found they will face 312 jobs every year, such as shopping around for home and car insurance, sorting credit card bills and paying television licenses.

But 44 per cent often forget life admin tasks altogether or failing to complete things by the required date, leaving 31 per cent incurring charges or interest as a result.

Confusion about what to do is cited as the main reason these duties are forgotten, but a quarter simply ‘can’t be bothered’ to tend to them.

Stuart Burnett, Co-CEO of Utility Warehouse, which commissioned the research, said: “Life admin is one of those endless headaches, and something we all wish we could live without.

“It’s no surprise households are feeling exhausted, with the average person carrying out more than 300 different tasks each year just to stay on top of everything.

“Whether it’s paying bills, booking appointments or shopping around in a bid to save money, life-admin is taking over our lives.”
Never-ending tasks
The most common tasks to be done during a typical year include responding to personal emails (52 per cent) and booking various appointments such as the dentist or doctors (51 per cent).

Others have to pay electricity bills (45 per cent), set up broadband (43 per cent) and post letters (41 per cent).

For a third of those polled, their list of life admin tasks is never ending, while 21 per cent struggle to complete it all.

But 33 per cent admitted to having a ‘bury my head in the sand’ approach when it comes to these tedious to-dos.

And 34 per cent feel constant pressure to keep on top of everything, despite 27 per cent claiming to be ‘extremely organised’.

Planning and booking holidays (27 per cent), shopping around for car insurance (25 per cent) and filing tax returns (22 per cent) are among the things Brits think take the longest amount of time.

For 33 per cent, knowing they have a lot of admin to get through makes them feel stressed, while 29 per cent get overwhelmed and 21 per cent simply feel fed up.

Beating that fed-up feeling
Nonetheless, nearly a fifth actively enjoy doing life admin tasks, but 55 per cent can only just about tolerate them.

More than half (57 per cent) are responsible for the majority of life admin tasks in their household while 17 per cent say this is something their partner deals with.

When quizzed on their end goals, the OnePoll study found 48 per cent want to feel more organised with their day-to-day chores, while 47 per cent are setting out to save money.

Nearly four in 10 (39 per cent) are after a good deal and 35 per cent just want to tick things off the to-do-list.

Stuart Burnett added: “We understand just how important it is to save as much money as possible at the moment – it’s no wonder that this pressure is making people feel overwhelmed and fed up by the increased admin of doing so.

“We don’t believe saving money should cause such a headache which is why we’ve built our business around saving people time as well as money.

“We’ll never be able to escape life admin completely, but if you’re not having to worry about price comparisons, lost passwords and trawling through mounds of paperwork each month, you can get on with the things that really matter in life.”