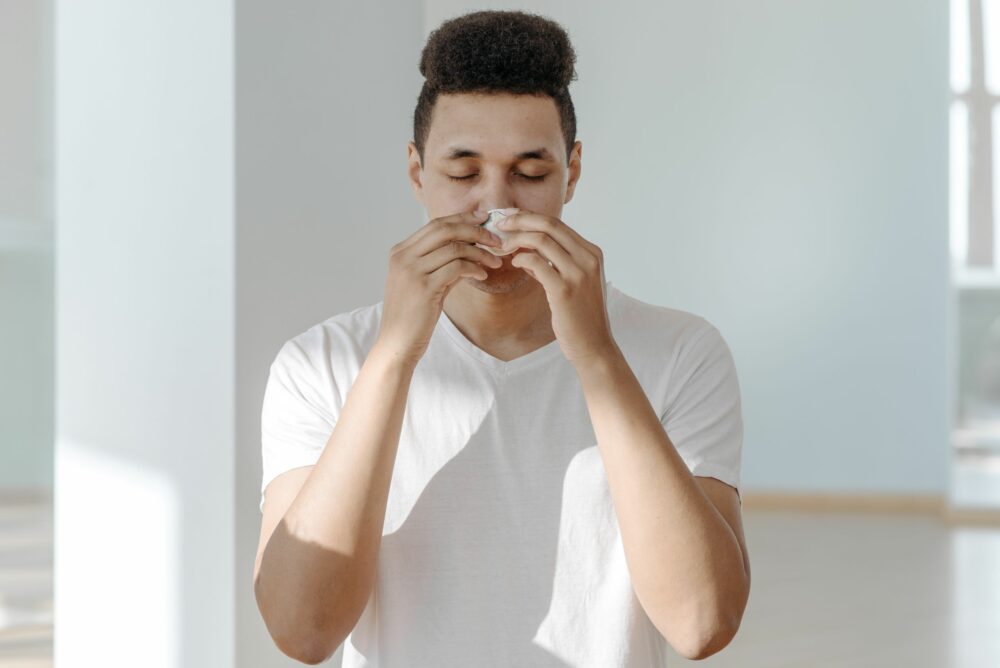 Millions of adults regularly suffer from symptoms associated with poor air quality due to using cleaning products, living with a smoker – or even owning a pet.
A study of 2,000 adults found 35 per cent have worried how air quality in their home could impact their physical health.
Of those, 32 per cent have been sneezing or suffered with allergic reactions while at home, while 26 per cent have experienced ongoing fatigue.
But 46 per cent of adults admitted they had no idea what air pollution even was, while 62 per cent consider it to be something that only occurs outside the home.
Dr Ranj Singh, who is working with Breville, which commissioned the research to launch its 360° air purifier range, said: “Indoor air pollution is a hidden danger even if you don’t have existing breathing problems, so it’s vital we educate ourselves on the causes.
“Unlike outdoor pollution, which is directly related to vehicle emissions and industrial by-products, simple daily tasks and our habits can contribute to indoor air pollution, which can also be dangerous.
“Everything from smoking indoors, to wood burning stoves and using cleaning products can increase the risk.”
“Indoor pollution worsens symptoms of asthma, COPD and bronchiectasis.
“It has also been linked to an increased risk of heart disease and strokes.
“We cannot completely eradicate indoor air pollution, but we can take steps to reduce it, including using household air purifiers.”
The search for better air
The study also found more than one in four adults smoke or vape inside, while one in six have damp or mould around their home.
Others use bleach regularly (32 per cent) and own a furry pet (28 per cent) – all things Dr Ranj believes contributes to indoor air pollution.
It also emerged 53 per cent suffer with hay fever, including itchy eyes (55 per cent), sneezing (54 per cent) and runny and blocked noses (52 per cent).
And a fifth have even moved away in search of better air quality.
But 75 per cent of pet owners would rather suffer from allergy symptoms than give up their furry friend.
While 24 per cent of those polled, via OnePoll, would opt for poor air quality rather than changing their current lifestyle in any way.
Dr Ranj Singh added: “The research shows that very few adults own an air purifier, despite how effective they are at eliminating indoor air pollution, reducing pet and pollen allergens, filtering out harmful germs, and removing unpleasant odours from the home environment.”
Dr. Ranj Singh’s top tips for better indoor air quality

The first and most inexpensive tip is to make sure you keep your rooms well-aired. Open your windows several times a day to let fresh air in, which is especially important when you are cooking.
Vacuuming regularly may seem obvious but is especially important for those suffering from allergies and have carpeted floors. This will help to remove polluting particles and pet dander that contribute to indoor pollution.
Swap your cleaning products for eco-friendly and non-toxic options. Bleach and harsh chemicals may be effective on stains and grease, but they negatively affect the air you breathe, and pollute our water supply when flushed down the sink.
Keep your home smoke-free – and I am not just talking about cigarettes. Incense, wood-burning stoves, etc, all emit carbon monoxide and carbon dioxide into the air, which further pollute the air we breathe.
Make sure there are no leaks in your home as they can lead to a build-up of mould and mildew, which can worsen wheezing, coughing and asthma symptoms. Check your home for signs of mould or mildew and make sure that your bathroom has proper ventilation to prevent dampness, which also causes mould.
One of the most effective ways to improve indoor air quality is by using an air purifier.