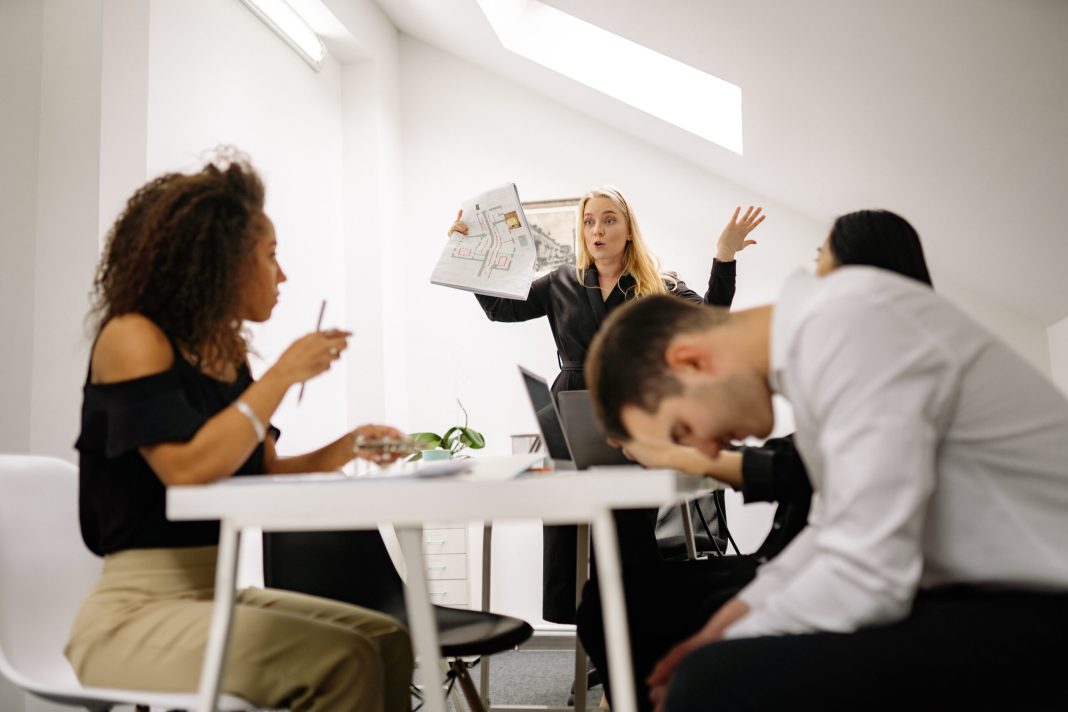 Rather than ranting on email or blowing your top on a phone call, the tool – allows you to choose what you would really like to say to a colleague or customer, before giving you a more professional version.
The tongue-in-cheek generator was created after research of 2,000 office workers which found three in five have ended up losing their cool at work.
The top thing to cause people to lose their temper was unreasonable colleagues, followed by a big workload and making mistakes.
Third in the list was computer issues, with 22 per cent most likely to lose their cool over technology.
But 45 per cent admitted their colleagues are more often the cause.
The research found other things which make worker’s blood boil are smelly lunches, colleagues doing online shopping and dirty toilets.
A spokesperson for Andrews Air Conditioning, which commissioned the study and tool,  said: “We’ve all been there. Desperate to say what we really think but bound by being professional and polite.
“So, we think this tool is a great way to vent your frustration while still keeping your cool.
“Workers can turn to the tool if struggling to word an email in a professional manner to ensure they don’t later regret what they said.
“We know how easy it is to lose your temper, particularly in the workplace whether it’s colleagues, clients or customers, but it’s important to think before acting rash.”
The study also found 69 per cent wish there was a way to turn what they actually want to say into more professional language.
And 60 per cent would like to lose their cool less frequently.
A quarter admitted they often regret it when they see red in work and as a result 23 per cent have had to take a break, 18 per cent have confronted someone and 16 per cent have even shouted out loud.
On average, workers lose their cool twice a week, but 59 per cent believe their colleagues do so more frequently than them.
But 43 per cent admitted to making rash decisions when losing their cool at work, with 11 per cent walking out and one in 10 writing a passive aggressive email.
Further consequences were revealed as being disciplined, ruining a relationship with a colleague and even one in 20 being fired.
To try and stop their blood boiling, 29 per cent have walked away from a situation in the workplace, while 13 per cent have simply made a cup of tea.
While 11 per cent of those polled via OnePoll have counted to 10 before reacting.
The spokesperson for Andrews Air Conditioning added: “The study shows that cooler temperatures help people stay calmer and react less rashly.
“We believe at least if it’s temperate in the office it’s one less thing to stop workers going over the edge.