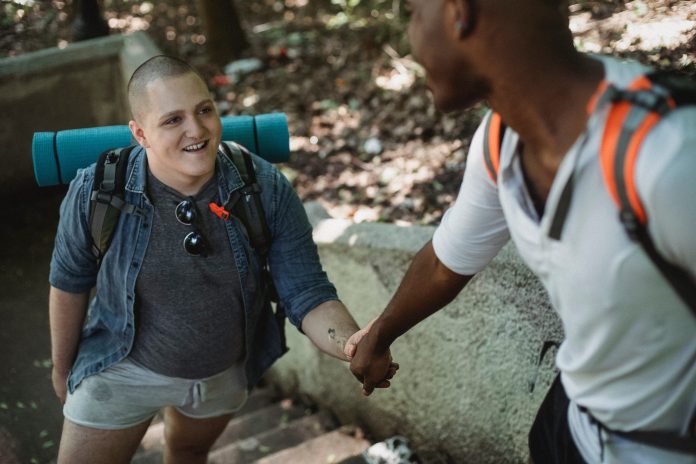 By Marie Haaland // SWNS
NEWS COPY W/ VIDEO + INFOGRAPHIC
If you’re looking for friendship or romance, it might be worth taking a trip — over a fifth of Americans met their spouse while traveling, according to new research.
The survey of 2,000 Americans who have traveled internationally looked at the importance of connecting with others and the lasting relationships that can form while on vacation.
In addition to the 23% of respondents who married someone they met while traveling, a third (33%) have had a “vacation romance” and a quarter (25%) currently have a best friend they met during their trip.
And some respondents didn’t even need to make it to their destination to find romance — three in 10 have dated someone they met on a plane.
The study — conducted by OnePoll on behalf of Exodus Travels, which offers international group and self-guided tours — found some vacation relationships are longer lasting than others, which may be a good thing for these respondents.

Seventy-seven percent have made lifelong friends while traveling — and of those, they’ve made an average of five pals.
Other respondents have had these relationships turn into “social media friendships” or remain “vacation friendships.” On an average trip, respondents will make four new friends (whether they stay in touch post-trip or not) and gain 12 new followers on social media.
But losing touch doesn’t have to be seen as a negative: 79% believe making new friends while traveling makes a trip better, even if they don’t stay in touch afterward.
And for 69% of respondents, traveling — and the people they’ve met along the way — has made them a kinder and more interesting person.
Two-thirds (66%) said meeting new people while on a trip leads to a much better experience, and 77% believe meeting the local people makes the journey more rewarding and immersive.
“Connecting with new cultures and engaging with personalities that you don’t encounter in your day-to-day existence at home can be an inspiring, enlightening and life-changing experience,” said Robin Brooks, Director at Exodus Travels. “Meeting people from different backgrounds — whether those are fellow travelers from around the world or the locals in your destination — can be the most meaningful and memorable part of an adventure.
“After almost a two-year pause on overseas vacations and general get-togethers due to the pandemic, traveling, making new friends, reconnecting with old ones and being together is now at the top of many people’s minds.”
Respondents are most excited about the new experiences that will come with travel (44%) as it’s once again safe to do so, while others are looking forward to seeing and spending time with loved ones (44%).
According to respondents, travel can also strengthen existing bonds (71%).
Sixty-nine percent of people surveyed believe the right travel companion can be a make or break for the trip — and 71% have met someone while traveling who gave them a new perspective or changed their lives.
For those looking to meet new people while traveling, participating in different activities was found to be the best way (31%).
That was followed by taking group tours and participating in hotel events — which were tied for second (28%). Respondents also said that being active was a great way to meet people (27%), while others said spending time at a bar or restaurant led them to connect with others (26%).
Interestingly, 20% of respondents said they find it easier to meet people when they’re traveling solo.
And that’s not the only benefit to traveling on your own: 49% of respondents have taken a life-changing solo trip.
“We’re not surprised to see so many respondents say the people they travel with are a make or break for the trip,” said Brooks. “Because of that, it’s important to participate in activities and set yourself up to meet new people while traveling. We’re a strong believer in the importance of group tours as a way for travelers to bond and grow while on a trip — it’s a great way to push yourself out of your comfort zone while spending time with others.
And who knows? You might meet your future spouse or a new best friend on your next travel journey.”

WHICH OF THE FOLLOWING HAVE RESPONDENTS DONE?

WHAT ARE THE BEST WAYS TO MEET NEW PEOPLE AND BUILD CONNECTIONS WHILE TRAVELING?