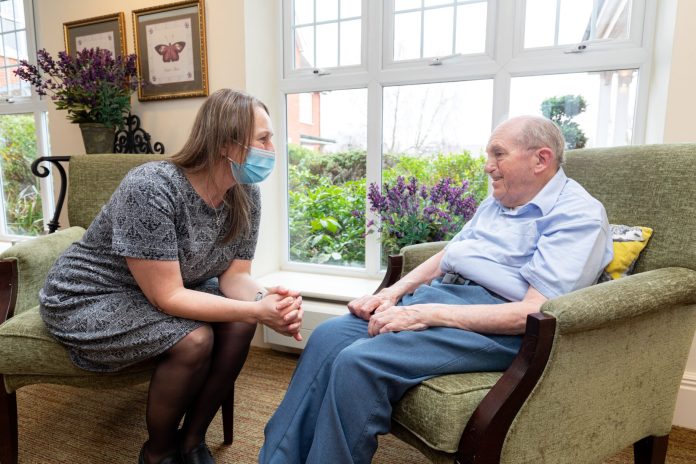 A study of 2,000 adults found many have witnessed a loved one forgetting words (30 per cent), struggling to retain information (25 per cent) and losing their belongings such as keys and wallets (24 per cent).

But only 36 per cent of them attributed such signs to them living with dementia.

And more than a third admitted they have explained away someone’s behaviour as a sign of illness and nothing to worry about.

While four in 10 have ignored behaviour – such as extreme mood swings, getting lost in a familiar area and becoming withdrawn or fearful of events – as consequences of old age.

Suzanne Mumford, dementia expert at residential care provider Care UK, which commissioned the study, said: “It’s easy to wave off some signs of dementia as simply being forgetful, tired or old.

“While we’ve made great progress in recent years, it’s fair to say it remains a fairly misunderstood condition, at least for the general public.

“We know just how worrying it can be to witness behavioural changes in a loved one too, especially for families with little to no experience of dementia – from misplacing items to changes in personality.

“Yet, it is incredibly important to spot the signs so that they can get professional help as early as possible.

“It’s also essential to support those whose loved ones are already living with dementia or who have recently been diagnosed.

“That’s why we’ve launched our new guide, ‘Let’s talk about dementia’, [careuk.com/letstalkdementia] which is packed with practical advice from our team members as well as answers to questions we’ve been asked by relatives of those living in our care homes.”

The study also found 36 per cent of adults have researched the signs of dementia online.

Similarly, 35 per cent admitted they have many questions about the condition but do not know how to get the answers.

Of those polled, 39 per cent do not suspect any of their relatives are currently showing symptoms of the condition, but worryingly 66 per cent of those admitted they wouldn’t be able to identify the signs.

Half also fear they don’t know enough about the condition to be able to help, while 39 per cent worry they wouldn’t recognise the indications of dementia until it was quite far down the line.

It also emerged one in 10 adults suspect a loved one may be showing signs due to their relative being forgetful (59 per cent) and their behaviour significantly changing (43 per cent).

Signs they have noticed included general confusion (42 per cent), difficulty concentrating (34 per cent) and struggling to follow a conversation (25 per cent).

As a result, 71 per cent of them have sought professional help.

The poll, carried out via OnePoll, found 43 per cent of adults have had a loved one diagnosed with dementia.

Among the most common indicators their relatives exhibited were memory loss (53 per cent), confusion over times and places (40 per cent) and struggling to do everyday tasks such as counting change.

Alzheimer’s Society ambassador Angela Rippon, who is partnering with Care UK to launch the guide, added: “I know first-hand just how families feel when a loved one is diagnosed with dementia.

“It’s often a confusing time and it’s easy to feel powerless and alone.

“There are so many common misconceptions when it comes to dementia and getting a diagnosis doesn’t necessarily mean the end is in sight – it’s simply the beginning of a different journey.

“I strongly believe educating the nation on the signs of dementia and what it’s like to live with the condition is essential.

” I’d like to encourage everyone to download a copy, so we create a more dementia-friendly community together.”

To download Care UK’s latest guide, ‘Let’s talk about dementia’, featuring 21 things everyone should know about the condition, visit careuk.com/letstalkdementia