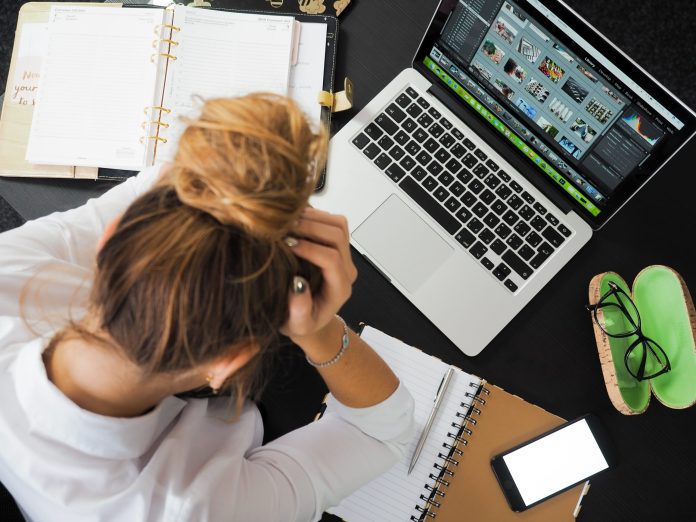 By SWNS Staff // SWNS
NEWS COPY W/ VIDEO + INFOGRAPHIC
Does the 9-5 grind have you feeling a bit down?
A new survey of 2,000 American office workers found that small jobs can really up, with nearly half saying that sending emails is the most frustrating task they have to do during their workday.
From following up, sending reminders, responding and drafting new emails – 48% of those surveyed said email is the most irritating task in their day-to-day duties.
When asked specifically what would be needed for increased job performance, 46% of respondents said their job performance would improve if they had opportunities to improve their existing skills on the job as well as opportunities to learn new skills (44%).
In fact, creating new opportunities to focus on more important work was the top thing respondents believe automation could improve about their job performance.
Some of the most hair-pulling moments during their workdays were communication-based – from hosting or sitting in on meetings (37%) as well as speaking to managers and team members (37%).
Conducted by OnePoll on behalf of UiPath, the survey found other frustrating tasks included creating new products or services (40%) and helping their customers (37%).
Nearly two in five (38%) of those polled further identified inputting data and creating datasets as well as scheduling calls and meetings.

Workers may be feeling this frustrated due to the monotonous nature of their tasks – with 66% agreeing the majority of their workday is eaten up by tasks that could be automated.

Three in five (59%) of those surveyed identified the amount of “paperwork” they have to do throughout the day as their most mundane task. Nearly half also pointed to outdated software (48%) and repetitiveness (47%) as their top gripes about their mundane work.
The results also found American workers hardly have the time for these mundane tasks, finding the average respondent has taken on four new work tasks outside of their job description due to a coworker quitting. In fact, 77% of those polled who’ve lost coworkers don’t even know what their own job responsibilities are because they’ve had to take on so many additional tasks.
All of these frustrations are coming to fruition too – 60% of respondents said they’re interested in finding a new job in the six months when they took the survey. Two in five said the lack of autonomy and opportunity to work on things they’re interested in is the top reason they’re looking to quit their current job.
“The Great Resignation is still a very real phenomenon that affects how people feel about their individual work and their companies’ values. This leads to people seeking out more meaningful work, either with their current employer or elsewhere,” said Bettina Koblick, Chief People Officer at UiPath. “The message for employers is clear—create an environment with the right technologies and mission-driven principles that support workers and allow them to contribute more value.”
With all of this in mind, it’s no surprise that 74% agreed they’d be able to focus on more creative and fulfilling tasks at work with the help of automation to clear up their more mundane tasks. Additionally, 77% agree automation will help their organization retain and attract new talent.
Forty-eight percent of those polled also said some automation in their day-to-day would improve their overall work/life balance.
TOP WAYS AUTOMATION WOULD IMPROVE JOB PERFORMANCE
Creating opportunities to focus on more important work – 51%
Saving money (e.g., by reducing cost of human errors) – 50%
Improving employees’ work/life balance – 48%
Increasing productivity – 46%
Saving time – 45%