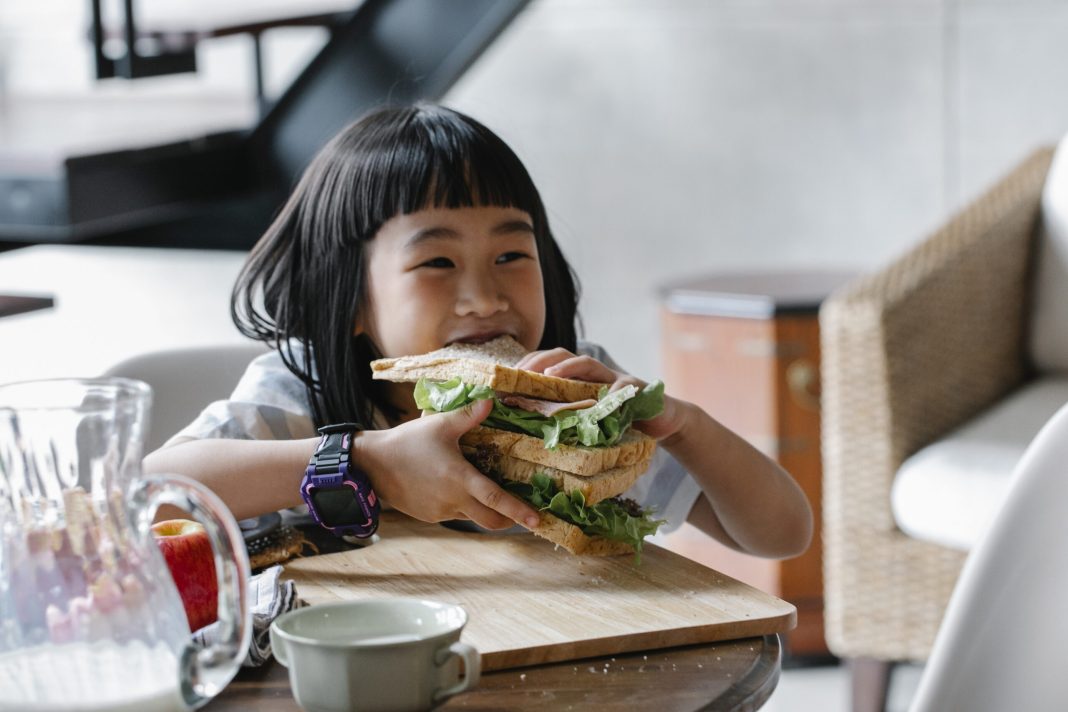 A study of 1,000 mums and dads of children aged 3-12 found seven in 10 have hidden fruit and vegetables in their youngster’s meals and do so on average three times a week.
While 83 per cent have ‘rewarded’ them with treats to get them to eat healthily – including a pudding (23 per cent), allowing them to play on their parent’s mobile phone (18 per cent) and inviting friends over on the weekend (14 per cent).
The typical week sees mums and dads resort to ‘rewards’ on four occasions.
More than a quarter (26 per cent) believe their rewards always work – but nine in 10 have been caught out by their youngster when attempting to hide ingredients in food.
The research was commissioned by Dolmio® as part of the launch of its new 7 Veg Pasta Sauce, which includes two of your five a day in every serving.
Parents struggle to get their kids to eat healthily four days a week and 51 per cent admitted their child always wins when it comes to not wanting their five a day.
But when they do succeed, 78 per cent feel a huge sense of accomplishment if their youngster eats healthily without making a fuss.
Among the stories parents have told their little ones to encourage them to eat fruit and vegetables were carrots will make you see in the dark (48 per cent), an apple a day keeps the doctor away (40 per cent) and runner beans make you faster (32 per cent).
Sian Dixon, for Dolmio®, said: ““The struggle between child and food is something all parents experience and, as a brand, we’re committed to enabling the UK to enjoy dinnertime that are easy and delicious.
“We know many parents are looking to provide healthy meals but that isn’t always easy with fussy eaters and it’s interesting to see how many mums and dads already hide healthy ingredients in meals as a way to ensure their children get all the nutrients they need.
“We hope to help the nation’s parents and stop dinnertime drama. Our 7 Veg pasta sauce is packed full of seven vegetables, and every serving provides two of your five a day to help parents cook delicious family favourites with a healthy twist.”
The study, carried out via OnePoll, also found five is the key age children start to become fussy with their food.
And vegetables are the most difficult food types to encourage kids to eat, followed by legumes – chickpeas and lentils – and fish.
Common problems mums and dads have faced when trying to feed their family healthily include children handpicking ingredients out of meals (36 per cent) and tantrums (30 per cent).
More than two thirds (68 per cent) avoid cooking their own favourite meals because of how fussy their child is.
But 44 per cent worry their own picky habits have influenced how their youngster perceives their food.
Despite their fussiness, children’s favourite vegetables were found to be carrots, peas and broccoli.
Indu Gurung, project manager at Peas Please – a Food Foundation initiative committed to making it easier for everyone in the UK to eat more veg – also commented: “Increasing veg consumption is a win-win and eating more veg has multiple health benefits and is better for the planet.
“As a business that has pledged to increase veg consumption as part of the Peas Please initiative, we are delighted to see Mars Food launching new products that help get more veg onto the plates of people across the UK.”