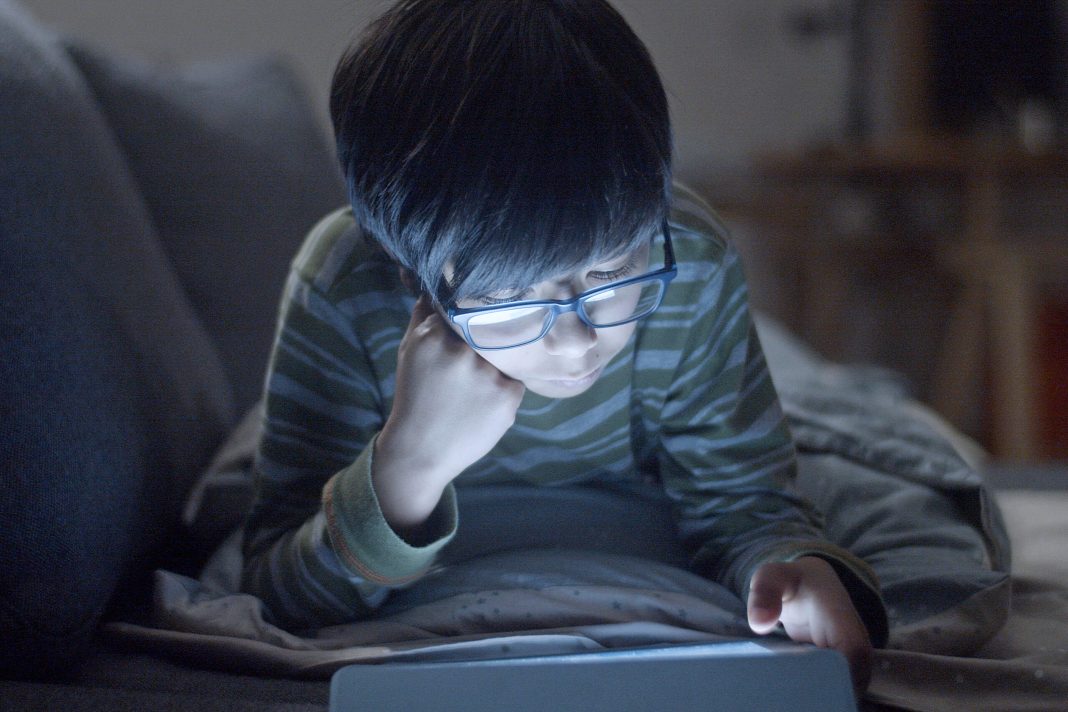 This means that, based on a 12-hour day, children are spending more than a third of their time looking at screens and just six per cent outside.
The study of 1,500 parents of children aged six to 16 found 63 per cent find it hard to get their child outdoors sometimes, with more than two in 10 (22 per cent) feeling ‘sad’ when they want constant screen time.
And more than two thirds (68 per cent) believe their kids are ‘addicted to screens’, with seven in 10 eager to get their youngsters outside more.
But the poll, commissioned by vision care company HOYA Lens UK and Ireland, found 59 per cent of parents aren’t aware that time spent outdoors can delay the onset of myopia (short-sightedness) in the young.
Professor Kathryn J Saunders, optometry division head at Ulster University, said: “Struggling to reconcile the benefits of digital devices for learning against the concerns over children becoming ‘addicted to screens’ is an issue which I suspect affects the majority of parents.
“We know from research studies around the world that the environments in which our young children are growing up and the behaviours they undertake are promoting short-sightedness (myopia) and encouraging short-sight to occur at an earlier age than in previous generations, both in other countries where studies have been carried out and here in the UK.
“Researchers have also proven a clear relationship between being short-sighted and spending less time outdoors in childhood. Getting children outside more regularly or for longer periods during daylight hours is an excellent way for parents to promote a ‘healthy visual diet.’
“Not only will children be outside, an environment which has been shown to delay the onset of short-sightedness, but this will also remove them from being in front of the addictive screens that parents are so concerned about.”
The poll also revealed seven in 10 parents believe this increase in technology use is here to stay, with the average six to 16 year-old spending in excess of two hours a day more inside than they did before the pandemic.
Although, two thirds (63 per cent) are worried about how long their child spends cooped up indoors, with three quarters (75 per cent) admitting they are conscious about protecting their child’s eyesight.
The survey, carried out by OnePoll, went on to reveal 90 per cent of parents try to limit screentime, but half (49 per cent) find it hard to.
Despite this, seven in 10 believe there are many benefits when it comes to technology for their children – including education, keeping in touch with friends and family and for their creativity.
The findings come after a separate study found spending more time indoors and on screens because of Covid restrictions may have also taken a toll on children’s eyesight.
This study, of more than 120,000 children in China suggested that home confinement during the COVID-19 pandemic appeared to be associated with an increase in the prevalence of shortsightedness (myopia) for children aged six to eight years.
Andrew Sanders, professional services director at HOYA Lens UK and Ireland, makers of the MiYOSMART lens, which helps reduce the progression of myopia, said: “Our survey clearly shows that the majority of parents are unaware that time spent outdoors can delay the onset of myopia (short-sightedness) in children.
“With an estimated five billion people, or half of the global population potentially affected by short-sightedness by 2050, it’s vital that parents are supported now with the information they need to understand the important benefits of helping their children achieve a healthy visual diet.
“To help parents get to grips with what a healthy visual diet looks like and how to spot potential vision problems in their children, we have put together a hub of information on our website.
“Parents can also call upon local optometrists to provide advice on how much screen time is recommended, the benefits of spending time outdoors and solutions.”
To find out more please visit: https://www.hoyavision.com/uk/for-spectacle-wearers/healthy-visual-diet/