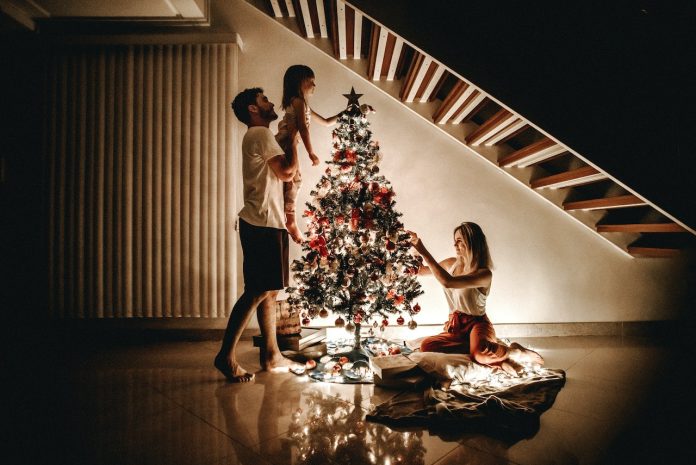 Christmas is set to cost families over £900 this year, despite Brits trying to spend less due to the cost of living crisis, new national research has revealed.

The survey, commissioned by Park Christmas Savings, revealed people will spend on average £908 on presents, food, decorations and going out over the festive season.

However, the survey also revealed that people are looking for ways to spend less this Christmas, amid significant concerns over the cost of living crisis.

Almost half (42%) of Brits said they are more worried about paying for Christmas 2022 compared to previous years. That number increases to almost three quarters (71%) among 18–24 year-olds.

While it is clear Brits are worried about Christmas expenditure and are cutting down their plans, it has been revealed that many people are not saving, or spending, in the most efficient way.

When it comes to sales and deals, many of those surveyed expressed scepticism and distrust. Nearly half (45%) do not trust Christmas offers and believe they come with a catch, or do not actually result in a saving.

Additionally, more than four in 10 (43%) people believe Christmas shopping deals encourage them to buy things that aren’t a priority.

When it comes to saving, Gen Z struggle the most, with more than seven out of 10 (71%) 18-24 year-olds admitting they have difficulty budgeting for Christmas.

Nationwide, more than two in five (42%) Brits struggle to budget for Christmas and a third (33%) admit to regularly dipping into their festive savings when emergencies arise.

Katherine Scott, Director of Marketing at Park Christmas Savings, said: “This year, it is clear from our survey that the amount of worry and stress the cost of Christmas is causing people has reached an alarming level.

“Against the backdrop of the cost of living crisis, many Brits are trying to spend less – but with so many confusing deals, discounts and sales which don’t always represent real value, it can be hard to know where to turn.”

With the cost of living crisis predicted to continue well into the new year, many people are already concerned about saving for Christmas 2023.

Over half (51%) of Britons surveyed said they are worried about being able to afford Christmas next year.

Elsewhere, almost seven in 10 (69%) young people (18-24 year-olds) said they are considering joining a trusted and proven Christmas savings scheme in a bid to relieve the stress of Christmas budgeting.

“People are already looking to get ahead for Christmas next year and alleviate that festive stress,” added Katherine.

“With Park Christmas Savings, you pay what you can when you can on a regular basis, and then, when the festive period approaches, your money is paid out in gift cards and gift vouchers – including Love2shop – which can be spent in over 100 outlets on gifts, food and drink.

“This method of saving can help alleviate pressure and worry, removing the temptation to dip into a Christmas saving pot.”