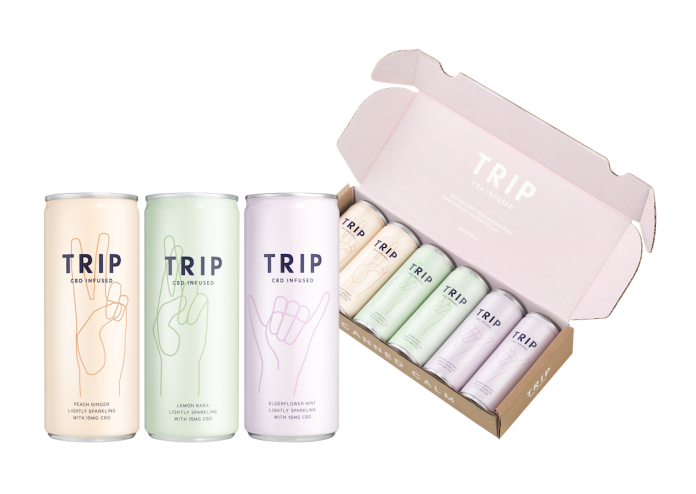 With the Christmas party season nearing, many of us will be gearing up for a fun evening spent drinking with colleagues, friends and family.

However, unknown to most, many of these party-goers will wake up the following morning with a dreaded feeling of alcohol-induced anxiety, according to a new survey.

Clinically labelled as ‘hangxiety’, CBD and wellness experts at TRIP have delved into the survey data from over 2,000 people to discover how much of the UK is affected by the condition and to shine a light on the issue affecting many people this holiday season.

Asking questions to uncover who hangxiety affects most and what the public gets anxiety from the night before, the survey has revealed interesting insights into our behaviours and thought processes after a night of drinking. This helped TRIP to identify key solutions in these patterns and provide support on how to combat hangxiety.

The Results Based on Age & Gender

The survey revealed that 29% of us have suffered from hangxiety in the past 12 months. For 18 to 24-year-olds, nearly half (46%) get hangxiety, and are the most likely age group to experience the condition.

Of this age group, 45% said that they experienced hangxiety over spending too much money, a clear link to the current cost of living crisis disproportionately affecting the UK’s young people.

40% also said that they experienced hangxiety based on oversharing information, and this reason came out on top as the most common cause of hangxiety across all age groups, with 35 to 44-year-olds experiencing this one the most.

For women, oversharing information was the main reason for experiencing hangxiety (45%), whilst for men, the data showed that spending too much money was their primary concern (30%).

The Results Based on Location

Northern Ireland revealed itself as the hangxiety capital of the UK, with 45% of respondents based in NI having experienced hangxiety in the past 12 months, with the North West and London following closely behind.

The cost of living crisis seems to be on the mind of those experiencing hangxiety in the North East, with 54% of respondents from this region declaring that spending too much money was their leading cause of hangxiety, alongside those in the North West who sit at 49%.

In terms of the locations where hangxiety may be heightened, the data revealed that those in the age bracket of 35 to 44 felt that they experienced the most hangxiety after drinking at their in-law’s house – with almost 1 in 3 respondents in this age bracket choosing this as the worst location for their hangxiety.

More generally, the top 3 locations where respondents experienced the most hangxiety were at a bar (29%), at a friend’s house (26%), or at their own house (25%), with options such as nightclubs (24%) and the office (21%) sitting surprisingly towards the bottom of the list.

The Top 5 Issues Causing Hangxiety in the UK

With 36% of those surveyed experiencing hangxiety from oversharing information and 35% from spending too much money, it’s clear that these two consequences of drinking are likely to have the most impact on party-goers this festive season.

Followed by seeming too drunk, memory loss, and acting out, these concerns are affecting a large proportion of the public.

What Are The Best Techniques To Ease Hangxiety?

In the survey, almost 1 in 3 people recommended water, food, sleep and exercise as the best remedies to ease anxiety, and wellness expert and founder of TRIP, Olivia Ferdi, agrees.

To help provide further support, she has expanded on the survey results and provided her 4 expertly recommended ways on how best to handle any alcohol-related anxious feelings below.

“Managing your physical needs can help calm your mental state, as the mind and body are intrinsically linked. Alcohol is dehydrating so it goes without saying, keep up your fluids throughout the night and the following day.

Avoid high-fat and salty foods that are hard to digest and can make you feel even more dehydrated and sluggish. Instead, fuel your body with nutrients such as potassium (found in bananas) which helps restore all cells’ normal functioning. At the same time, magnesium-rich foods (such as spinach) help muscle, metabolism and nervous system functions.”

2. Beat it with sleep

“Researchers have found that anxiety-prone people are especially sensitive to the effects of insufficient sleep which can, in turn, cause anxiety.

Make your environment as comfortable as possible for the best sleep, even during daylight hours. You can also try taking a shower, putting on some relaxing music or diffusing some essential oils for aromatherapy.”

“It can be hard to drag yourself out of bed when you’re feeling anxious but you’ll feel better for it afterwards. Being in nature is a proven stress reliever, plus you’ll get your blood pumping and it gives you a chance to practice mindfulness, another great anxiety reducer.

Even just getting out of bed, showering and changing into a clean pair of clothes can help lower your cortisol levels and lessen your worries.”

“CBD oil is a plant-powered way to help you unwind and relax, all you need to do is take a few drops under your tongue and hold for 1 minute before bed. CBD is a non-psychoactive compound found in hemp plants but unlike its well-known counterpart THC, CBD won’t get you high.

CBD interacts with our body’s Endocannabinoid System (ECS), a network of cells and receptors that helps the body achieve optimal balance. Our ECS plays a crucial role in regulating a number of functions including stress, anxiety and sleep. When your ECS is balanced, it can help you to feel relaxed and more you again.”