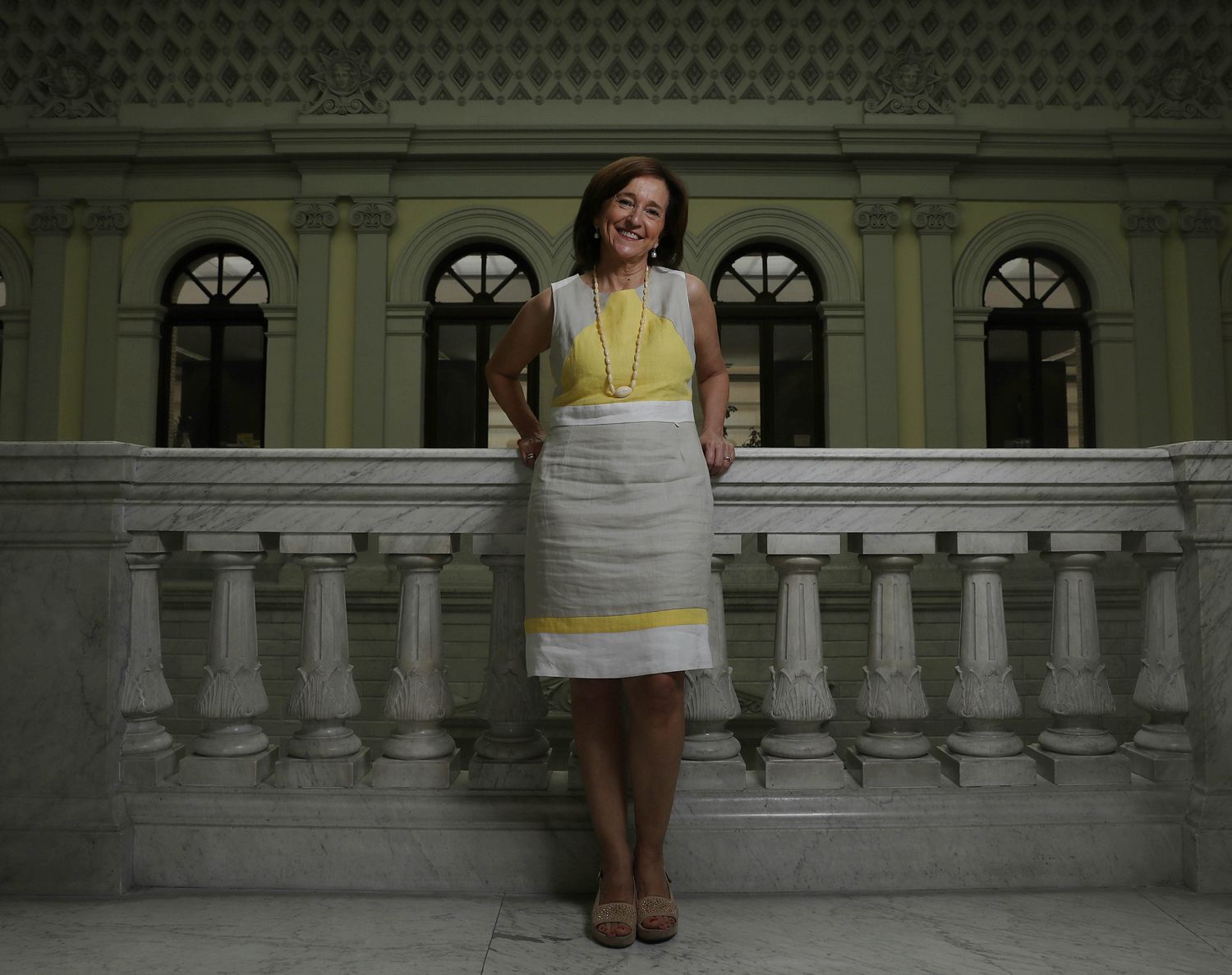 The Ministry of Culture, as EL PAÍS has learned, has summoned the director of the National Library of Spain (BNE), Ana Santos, to a meeting for the first hour of today, Monday, after the information published yesterday by this newspaper in the that it was indicated that the institution hid for four years the theft of a work by Galileo Galilei, the astronomical treatise Sidereus nuncius , printed in Venice in 1610.

The Secretary General of Culture, Javier García Fernández, will attend this emergency meeting; the general director of the Book and Promotion of reading, María José Gálvez, and Ana Santos. The minister, José Manuel Rodríguez Uribes, will not be there. The ministry has reported that “they were completely unaware of this matter,” so explanations will be requested from the director of the BNE.

The National Library hid for four years the theft of an original work by Galileo
The institution discovered in 2014 the replacement of the book, a fundamental work of science of the seventeenth century, by a copy, but did not report it to the Police until 2018, when researchers wrote to the Library to ask for the original.

Santos told this newspaper yesterday that he informed Cultura in 2018 of the presentation of this complaint by email to Carlos Alberdi, then head of the cabinet of Minister José Guirao. “I notified Carlos Alberdi and Soledad Puértolas, who was the president of the Board of Trustees of the National Library,” Santos said.

The then Minister of Culture, José Guirao, however, argues that he was never aware of what happened. “As a minister, I was not informed of the theft or the complaint,” he told this newspaper yesterday.

Several BNE restaurateurs detected the change in 2014. Santos assures that no one informs him of this theft, while the technical director at the time, Mar Hernández, maintains that she herself gives him the news.

At that time, no one transferred the theft of the valuable Galilean to the Ministry of Education, Culture and Sports either .Jesús Prieto, then general director of Fine Arts, Cultural Assets, Archives and Libraries, points out that he had “no news of the fact.” Prieto left office in September 2014, several months after the disappearance of the original Galileo copy was discovered.

“For consistency with the role of a general manager who has to protect the patrimony and as a person of laws, I cannot conceive of not acting if they inform you of something like this,” he said. Sources close to the Secretary of State for Culture –which was then carried out by José María Lassalle – maintain that they were not aware of the event either.

“In 2014, the Secretary of State for Culture was not informed of anything because I did not know it, but in 2018 the team of the Ministry of Culture was informed because I knew it,” said Santos, who added: “I cannot feel responsible for what I do not know, although I must take responsibility. That the technical direction did not inform me in 2014 is a disastrous management ”.

However, in an email, published yesterday by EL PAÍS, the technical director, Mar Hernández, refuted this version of the director: “I have always informed you and consulted everything.

You would never have put up with a person named by you in whom you did not have total confidence or who did not inform you of everything. After finishing a weekly meeting of the management team, José Luis Bueren [current technical director], you and I stayed to discuss the matter and try to find a solution ”.

Hernández also shows an email from 2014 in which he asks that the director be informed, and another, from 2016, addressed to four people, where she herself affirms that she has already communicated the case to the management.

The fake Sidereus nuncius was exhibited in the Cosmos exhibition , between March and September 2018. It was already described as a fake in the catalog, and also on the cartouche. The director of the BNE ensures that she did not denounce it then because she was unaware that the institution had a first edition. “We have many counterfeits that sometimes have entered through the arrival of private libraries or that we have even bought,” he said.

Robberies
A source close to the management in 2018 assured EL PAÍS that “this case is just the tip of the iceberg of more robberies.” This same person points out that he learned about the matter before the police were informed and whether Santos could have known or not in 2014 the abduction, adding that, due to the operation of the institution, “it is impossible that the technical direction that investigated the matter do not move a finger without communicating it to the director ”.

Likewise, it points out the possibility that the robbery was even earlier. To do this, we must go back to August 24, 2007, when the National Library reported the disappearance of two world maps of Ptolemy , torn with a cutter from his work Cosmography , incunabula of 1482. thief”.

Among them he had seen, in 2004, the Sidereus nuncius . “The book was searched and the pages were counted, and since it gave the same number as always, it was thought that it was correct; but what was not verified is if that was the true one or if it was the copy ”.

From the investigation, César Ovidio Gómez Rivero, 60, was identified as responsible for the thefts of 12 pages with 19 engravings, a Spaniard of Uruguayan origin, residing in Argentina, who had indeed accessed numerous valuable documents between 2004 and 2007 in the Sala Cervantes with a researcher card.

This space can only enter, after a rigorous control, those people who prove to be a researcher. The two world maps were later recovered in Sydney and New York, but the news of the robberies had already cost the then director of the BNE, Rosa Regàs, her job, who lost the confidence of the Minister of Culture, César Antonio Molina.