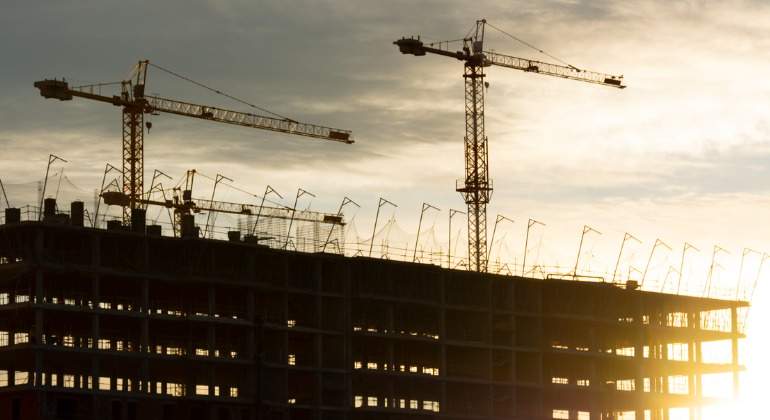 The Bank of Spain contemplates a 5.4% growth in house prices for the period between 2021 and 2023 , in its Fall Financial Stability report . The supervisor does not warn of bubble risks if its forecasts are met, but it does point out that the market may suffer inflationary pressures on sales prices due to the lack of labor and a rise in the cost of construction materials.

The price of housing in Spain has left behind the two-year adjustment period, which was exacerbated by the pandemic. The reopening of the economy caused a rebound in real estate purchases that “translated into an acceleration in average house prices in the second quarter, thus breaking their deceleration trend since the beginning of 2019 “, comment the economists of the Bank of Spain.

The supervisor in its Financial Stability reports takes into account the evolution of the real estate market, both due to its weight in the economy, and in the balance sheets of banks, via corporate credit and mortgages. The wounds of the 2008 crisis, which for Spain lasted until 2014, were very deep due to the bubble that formed around the brick.

The Bank of Spain does not see alarm signs in the real estate market or signs of housing overvaluation, despite the strong upturn in sales in the first eight months of 2021, almost 14% compared to the same period in 2019 .

This increase in demand would be driven not only by the recovery of the economy and financial conditions but also by investment decisions that had been postponed with the outbreak of the pandemic and by changes in the preferences of families, who now bet more for new construction and single-family homes.

The new loan for home purchase rebounds 40%, but the Bank of Spain does not see it as a risk

The dynamism of the market translated into a price increase of 3.3% in the year-on-year rate in the second quarter of the year, thus breaking the deceleration trend since the beginning of 2019, with increases of 6% in the segment of new housing and the 2.9% second-hand. The supervisor emphasizes that there is no risk of a financial bubble, despite the fact that new credit for house purchase is around 40% higher than in the same period of 2019.

The Bank of Spain argues that it starts from a very low stock, far from the levels reached before 2008. “Despite this, the outstanding loan balance to buy a home has increased very moderately, having also grown repayments, possibly as a reflection of the use of savings accumulated by households in the early phases of the pandemic to accelerate the repayment of mortgage debt, and also due to the end of default programs, which implies the reinitiation of repayments of mortgages that had been suspended “, it has an impact. In addition, it points out that banks continue to maintain high solvency criteria when granting credit.

The Bank of Spain’s forecast contemplates an average revaluation of housing of 5.4% in the period between 2021 and 2023, motivated by the low dynamism of the housing supply and points out that if demand continues, the real estate stock could be insufficient to absorb additional increases in demand in the coming years.

But the Bank of Spain admits that the expected increase in house prices may be accelerated by the recent rise in the price of construction materials, dragged down by the rise in energy prices. “If it persists, it could cause additional pressure on the price of new homes,” he says.

Few construction companies are escaping from a lack of supplies of basic materials such as wood, steel or aluminum. A recent survey by the National Construction Confederation (CNC) indicates that 75.6% of companies operating in the sector have suffered from shortages or unusual delays in the last three months.

They are not the only inflationary pressures observed by the Bank of Spain in housing. The lack of qualified personnel in the sector also considers an upward risk. In practice for the sector it also means an increase in costs. According to data from the employers, the rise in the price of materials has made the total cost of the works more expensive by 22.2% on average.

The supervisor also stresses that the implementation of the Housing Rehabilitation and Urban Regeneration Plan, with an endowment of 6,820 million euros financed from European funds , will mean an additional injection for the dynamism of the sector. But from the sector itself they warn that “the rise in raw materials is one of the main threats to the implementation of European funds.

There is a danger of indigestion, since the delay in its management and execution, together with this increase in price the lack of manpower will cause bottlenecks that may end up slowing down the pace of recovery, “commented the president of the employer, Pedro Fernández Alén.